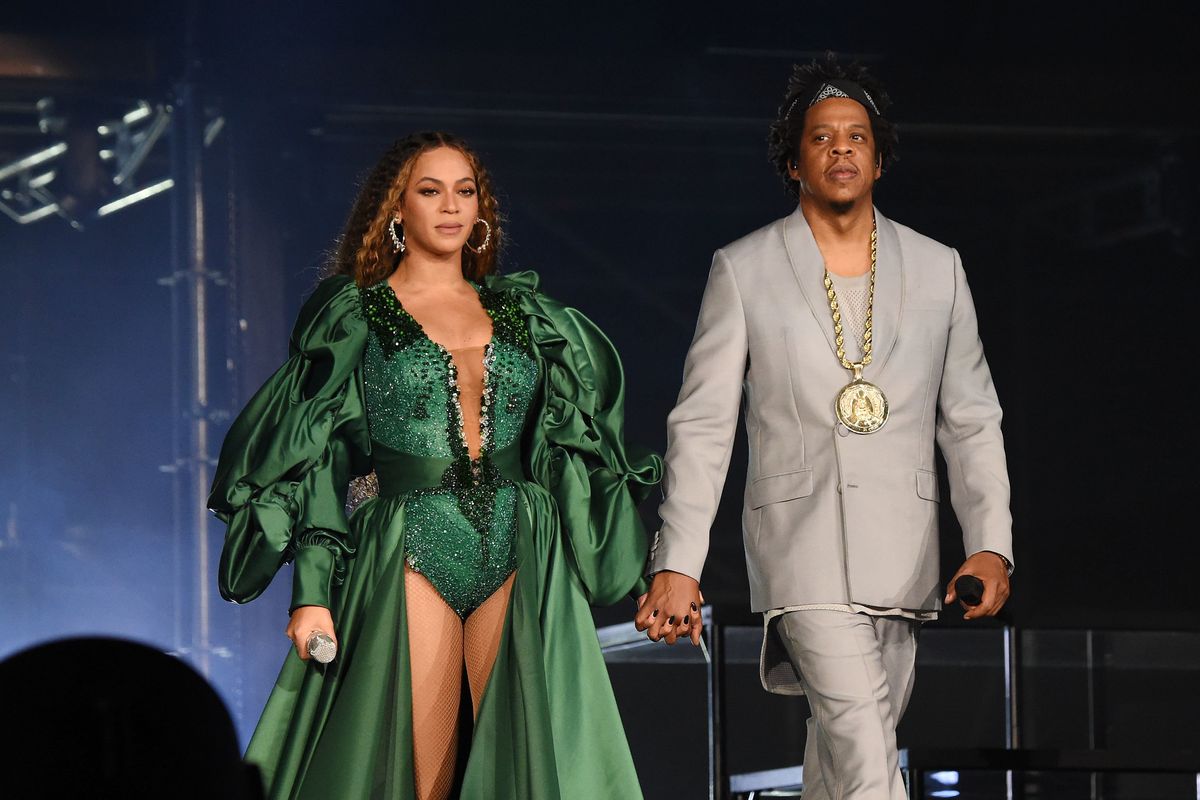 Why Beyoncé and Jay-Z Won an LGBTQ+ Award

On Thursday night, Mr. and Mrs. Carter were honored at the 2019 GLAAD Media Awards with the prestigious Vanguard Award, which is given to members of the entertainment industry who do not identify as LGBTQ+, but have helped and made a difference in promoting LGBTQ+ rights.

But when it was announced that Beyoncé and Jay-Z would be the ones to receive the award, there was some backlash as a number of people raised eyebrows, and raised some serious questions regarding what the couple had done to deserve such recognition.

@All_TogetherUK I am really confused here...can someone please tell me what they have done for our community? I am kinda upset about this... there are more deserving celebs that have done so much without recognition

I love Beyoncé as much as the next gay, but I really don’t understand why her and Jay-Z (DONT EVEN GET ME STARTED) are receiving the Vanguard Award from GLAAD??????

Don’t get me wrong, I love Beyoncé, but I’m not really sure why her and Jay Z are getting a GLAAD award. Genuine question - what have they actively done to support the LGBT+ community? (Asking Out of curiosity rather than shade) https://t.co/y3CECGmYUy

Stans, of course, immediately came to the defense of The Carters, saying that as opposed to being extremely public and loud about their support, their efforts have been low-key but substantial. This includes speaking out about North Carolina's anti-LGBTQ bathroom bill, supporting #100DaysofKindness for the LGBTQ youth, and Bey talking about her views and demands for equality in an interview with Out Magazine.

Instagram user @xannefleur, and Twitter account @BeyLegion listed all the things Bey and Jay have done in their career to deserve the award as true allies to the community. (Well, more Bey than Jay. But, as a team, they have been very supportive of the LGBTQ+ community.)

Why Beyoncé deserves the Glaad Ally Award. For her contributions to the LGBT+ community. 🏳️‍🌈 We all know that Beyonce and Jay don’t do public acts pic.twitter.com/9pPm0fShzL

This message came as arguments were being made at the Supreme Court in regards to California’s Proposition 8 which bans gay marriage and the Defense of Marriage Act. pic.twitter.com/VFcnnZA0VY

Beyoncé showed her support to Frank Ocean after coming out as Bisexual. pic.twitter.com/ehCkqhqkpR

Beyoncé's IVY PARK proudly showcased actress @Lavernecox as one of the faces for the brand. pic.twitter.com/35a0nflok3

On her song #Formation, Beyoncé featured LGBTQ artists such as bounce artist @bigfreedia and the late YouTube star Messy Mya.https://t.co/BKGyuxUaMK

In an interview with VOGUE magazine, Beyoncé said she wants her children to be happy and love who they want to love no matter what religion, race or gender they are.https://t.co/dNFXRnj6Mv pic.twitter.com/p37cdvUOcg

In an interview with Pride Source, Beyoncé expressed her appreciation for her gay fans and commended them for their bravery.https://t.co/Tuxb7gGymh pic.twitter.com/l9I4p0mIZq

While receiving the award, both gave powerful emotional speeches. "We're here to promote love for every human being and change starts with supporting the people closest to you," Beyonceé said. "So, let's tell them they are loved, let's remind them that they are beautiful, let's speak out and protect them, and parents, let's love our kids in their truest form."

Jay-Z dedicated the award to his mother Gloria Carter, who came out through his song "Smile" in 2017, and also received a GLAAD award. "I get to follow in her footsteps of spreading love and acceptance," he said.

Meanwhile, Bey was visibly emotional, and getting teary-eyed as she spoke of her uncle Johnny, who had helped raise her and Solange, and battled HIV. "He lived his truth. He was brave and unapologetic during a time when this country wasn't as accepting," she said. "Witnessing his battle with HIV was one of the most painful experiences I've ever lived."

Watch clips from their speech below.