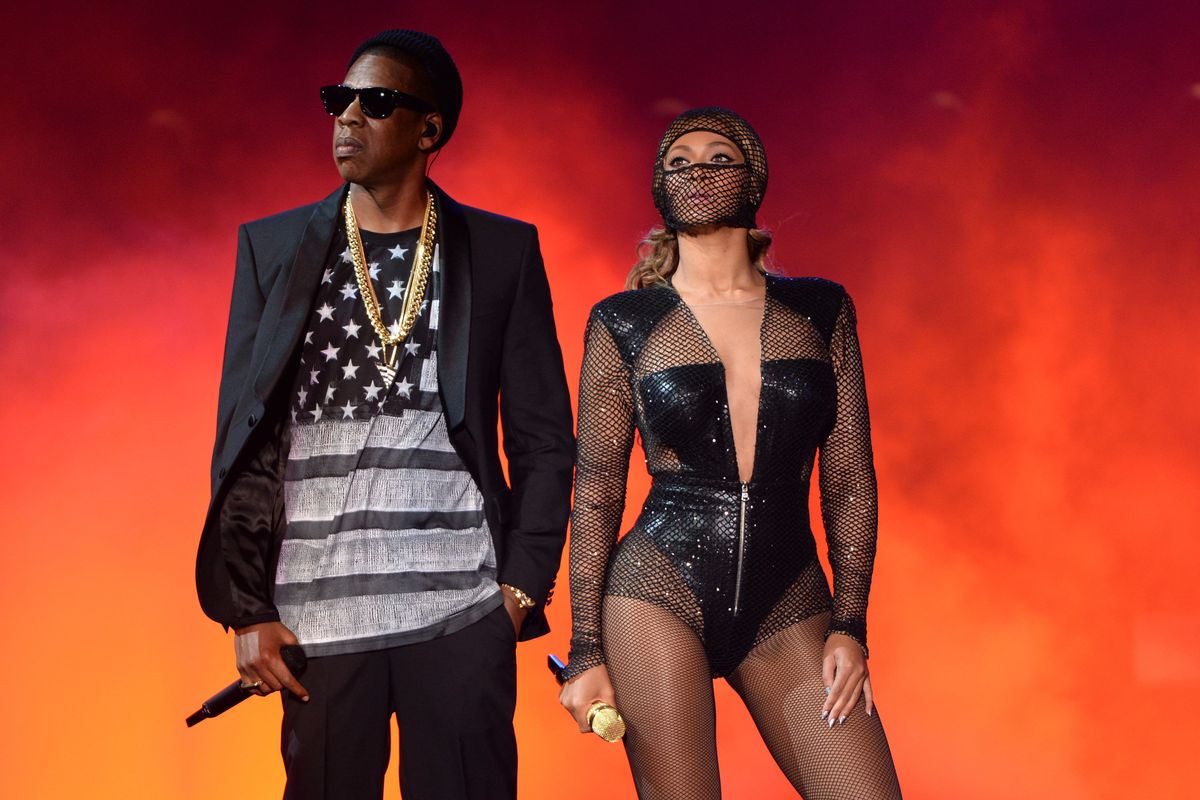 Beyoncé and Jay-Z are preposterously wealthy. We knew this, of course. Between them they have over twenty albums, hundreds of business contracts, miles of real estate, and god knows what kinds of investments. Equity baby! Beyoncé's is the highest paid woman in music, with a net worth is rumored to be around $355 million, while Jay-Z falls just short of Diddy with around $800 million.

However, it is still astonishing to see the numbers play out. According to Variety, the couple cashed out at exactly $254,050,706 on their recent 48-date On The Run II world co-tour. The tour launched in Wales in June and just wrapped in Seattle on October 4. Over 2.1 million fans saw them perform, and the couple made 6.5 million for every show (so approximately 2 mill per hour, not bad).

That's a ludicrous amount of money any way you slice it, however it's predictable considering the tour tickets sold out faster than Kylie lip kits and took fans through the couple's three most recent, and intensely personal, projects: Beyonce's Lemonade, Jay-Z's 4:44, and the pair's Everything Is Love. It was pure ticket-slinging gold: the visuals were madness, Beyoncé covered Vogue midway through, and we've all been grappling with our mortality the face of rapidly approaching Earth Death.

Their On The Run II check alone is enough to buy The Playboy Mansion, a private island, a 29 bedroom Hamptons mansion, four miles of the Santa Barbra coastline, a Song Dynasty Chinese teapot collection, or enough to give $254,050,706 to the ACLU, Planned Parenthood, the Southern Poverty Law Center or the Trans Women of Color Collective. In case they were looking for suggestions.