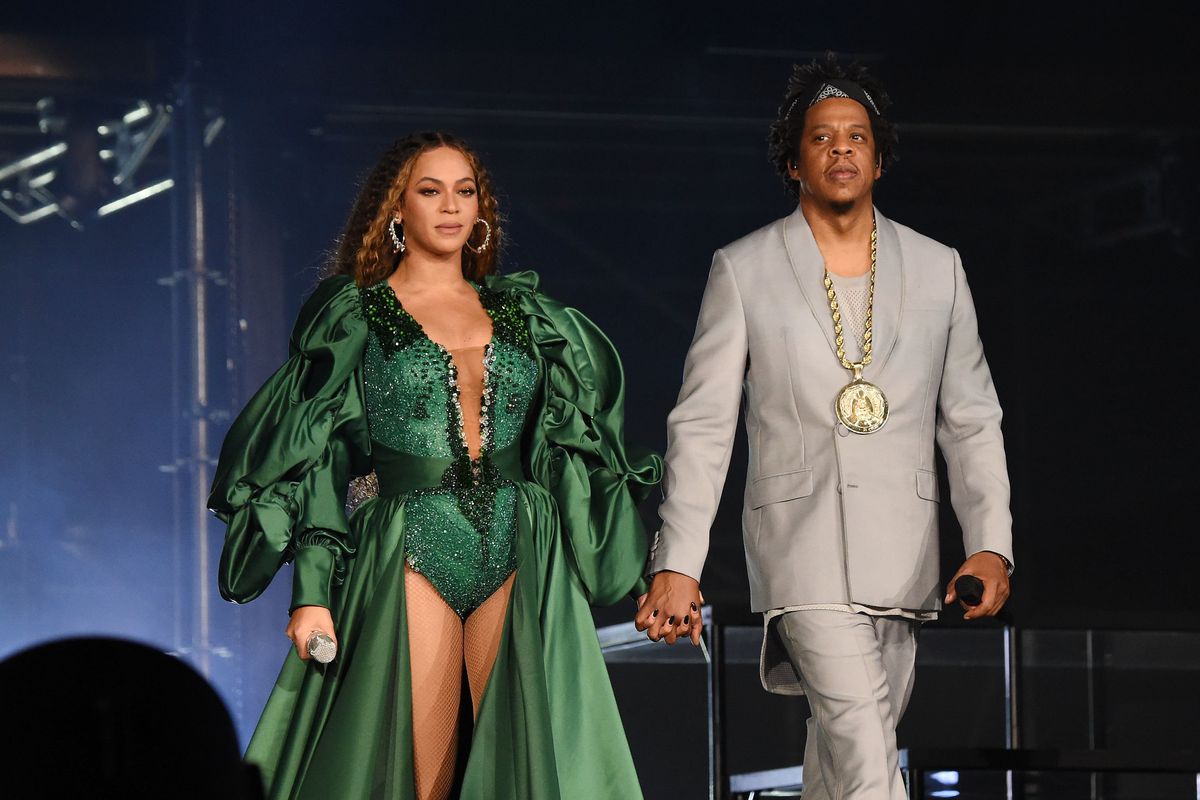 Beyoncé and Jay-Z to Be Honored for Allyship by GLAAD

There's an official award to honor the complex and sometimes puzzling phenomenon of heterosexual queer icons. It's called the GLAAD Vanguard Award and the stalwart LGBTQ org has announced that Jay-Z and Beyoncé are the heterosexual queer heroes of the year.

According to Deadline, the Vanguard Award is presented to allies who have made a significant difference in promoting acceptance of LGBTQ people" at the 30th Annual GLAAD Media Award ceremony. Past recipients include Cher, Elizabeth Taylor, Charlize Theron, Jennifer Aniston, Janet Jackson, Jennifer Lopez, Kerry Washington and Patricia Arquette. Last year, naturally, Britney Spears was honored.

GLAAD President and CEO Sarah Kate Ellis called the couple "global icons and passionate defenders of human rights and acceptance for all people," adding that "the world becomes inspired" when they speak and that their "voices of acceptance have been heard loud and clear" by the LGBTQ community.

While Bey is more obviously beloved to the LGBTQ community, both couples notably spoke about marriage equality at a time when such statements were far riskier for mainstream stars (in 2012 Jay-Z told CNN that he felt marriage discrimination was "No different than discriminating against blacks. It's discrimination plain and simple"). With 4:44, Jay-Z was explicit about his solidarity with queer struggles and the LGBTQ community. On "Smile" he was open for the first time about his mother Gloria coming out, and grappling with his realizations of the shame and trauma she endured. The video for 4:44 track "Family Feud," which, directed by Ava DuVernay, paid homage to mothers and women who keep families together, featured Janet Mock as one of these "founding mothers." This will be Jay-Z's second time at the GLAAD Media Awards: last year he was honored with a "Special Recognition Award" for "Smile."

Beyoncé's words and actions, as well as the experiences and personas she explores in her music have long made queer fans feel seen. She covered OUT in 2014, dedicated a performance of "Halo" to the victims of the Orlando Pulse nightclub shooting, celebrated queer love in Lemonade, hired Laverne Cox to model for Ivy Park, and collaborates with artists like Frank Ocean, Big Freedia and Messy Mya (though she notably is involved in an ongoing copyright infringement battle with Mya's estate). In an interview with PrideSource from 2011, she spoke about her debt to queer hair stylists and make-up artists for their influence on her style, as well for the gay slang she uses in her lyrics. She also said that she hoped "Run The World (Girls)" could be for queer people, as well as "girls."

Madonna will also be honored at the ceremony with the Advocate for Change award. Here's to Jay-Z, Bey, Madge and queer hetero icons everywhere! May they remain advocates even when it's risky and uncomfortable, help get queer people paid, and practice allyship in private, even when it won't score them awards or woke points.