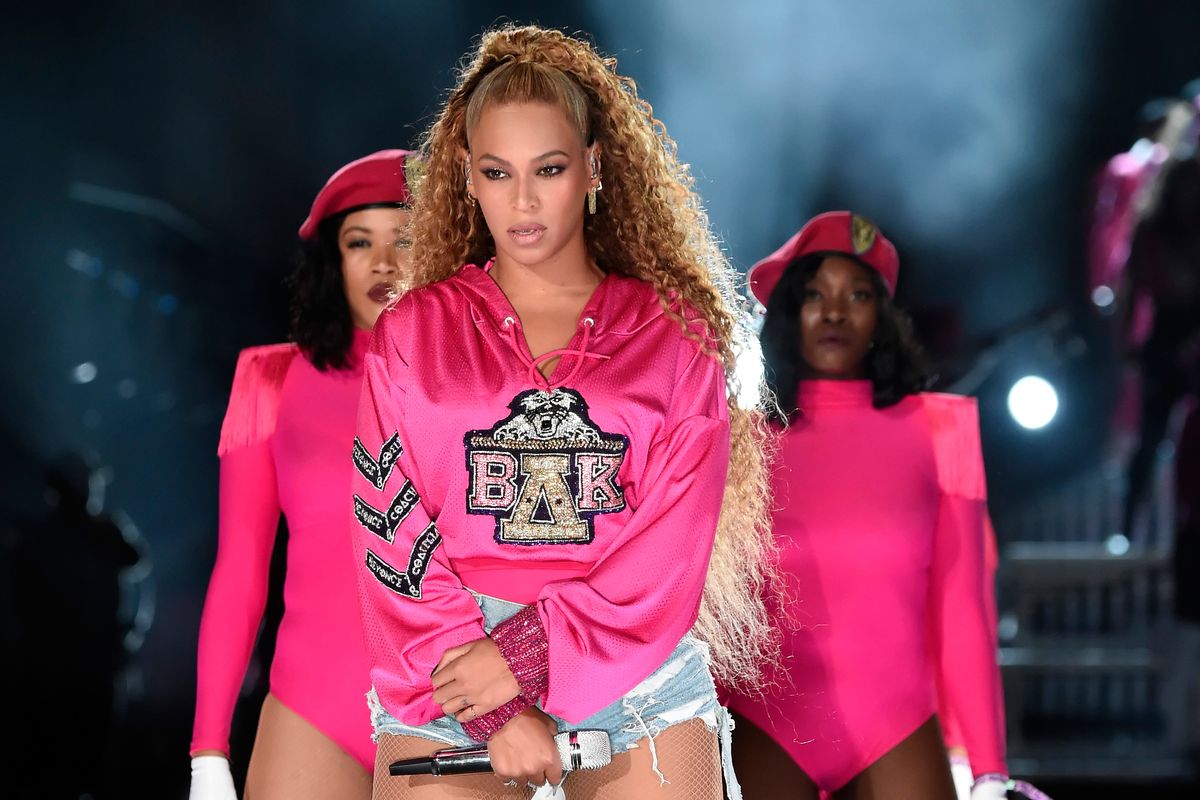 Have you seen Beyoncé's Instagram lately? It's looking great. As of this morning, her grid's decked out in fresh Ivy Park merch. This is our first glimpse of the storied Adidas relaunch announced last spring.

You're most likely looking at the 2020 spring It sneaker below.

And soon, thanks to the apparently jewelry-heavy collection, everyone will be wearing gold anklets, ear cuffs and Adidas logo studs.

And delicate monogrammed tooth caps? Wilder trends have happened. If anyone can make these mainstream, Beyoncé can.

We don't get a good look at any clothing, aside from the back of maroon bodysuit (the collection is all maroon and white themed), that's in line with the debut Ivy Park collection.

Ivy Park was originally a joint venture between Beyoncé and Topshop, until 2015 when she severed ties with Topshop owner Sir Philip Green after he was accused of sexual harassment (an obvious call, but also a smart one: Topshop is not doing so hot). Bey settled with Adidas as her relaunch partner after considering Reebok, but allegedly turning the latter brand down after seeing how white the design team would be (Rebook says this narrative is "categorically false.")

Bey chatted about the line in a new ELLE story, saying she's interested in making gender-bending a part of the new Ivy Park era.

Related | No, Beyoncé and Adele Didn't Record a Song Together

"I love experimenting with fashion, mixing high and low, sportswear with couture, even masculine and feminine," she told the magazine. "This new line is fun and lends itself to creativity, the ultimate power. I focused on designing a unisex collection of footwear and apparel because I saw so many men in IVY PARK… I appreciate the beauty of gender-neutral clothing and breaking the so-called fashion rules."