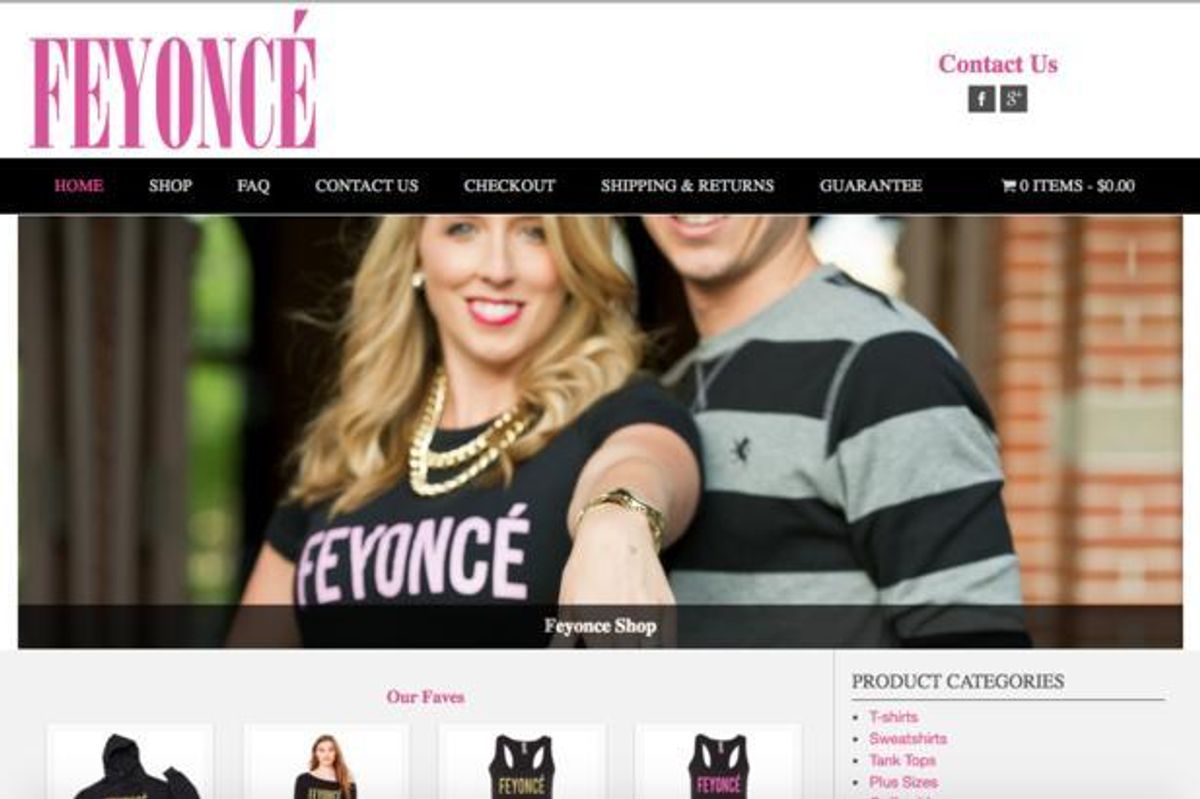 Careful where you pun, because if you're playing with Bey, you're bound to get burnt -- as one engagement-themed clothing store dubbed Feyoncé has just found out.

That's right, the San Antonio-based retailer -- which sells a variety of "cuff me!" merchandise that riffs particularly hard on Beyoncé's 2008 hit "Single Ladies" -- has just been slapped with a trademark infringement complaint, with Bey herself accusing the store of infringing on her "goodwill and notoriety" to sell their goods, as fans might think she's affiliated with this, uh, Fake-yoncé swag. I mean, lo and behold:

And apparently this isn't the first time Feyoncé was warned, as they not only allegedly ignored a cease-and-desist from her licensing company, but decided to file for two trademarks themselves late last year. She's currently seeking unspecified damages.