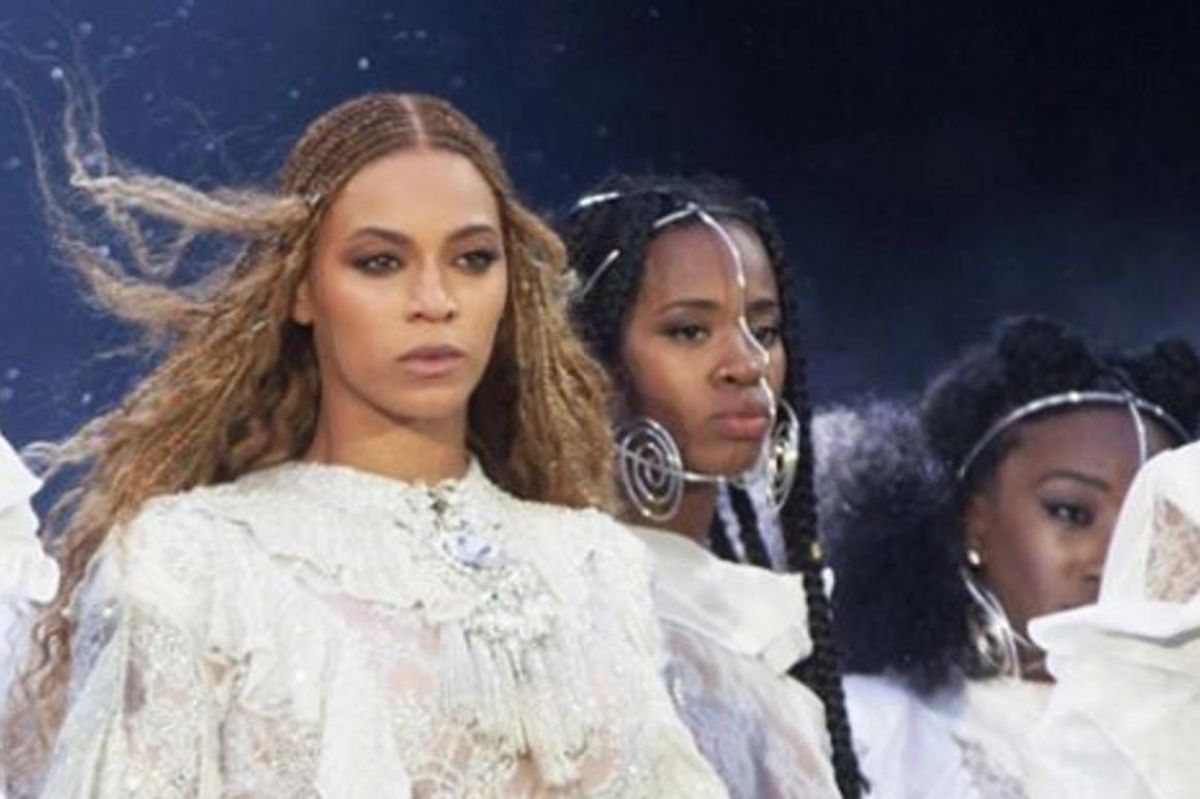 Posting only once or twice a day, Beyoncé curates her Instagram minimally. Like her sister Solange, she opts for an effortlessly arty aesthetic focused on color, style and efficiency. Well, today, Beyonce's implicit social media ethos went out the damn window because she posted three consecutive images within minutes of each other, overwhelming the Beyhive and many others.

The three photos in question: two stoic, candid Formation tour concert shots of the queen herself and one photo of soaked fans waiting in the rain to see her live in concert.

The third photo set fans off because it was uncharacteristic! Three in a row? At once? It felt like the sort of photo dump one of my aunts who've been in ESL classes for three years would do, just confusing and surreal. Fans took to the comments section of her photos to express confusion at the fact that Bey was over-posting on Instagram. Some assumed it was a glitch, others seemed to think Bey might have been hacked. One user that goes by famegypsy even posited that Blue Ivy might have pulled a North West and posted photos to momma's account, stating: "SOMEONE TAKE HER PHONE AWAY FROM BLUE IVY OMG."


Bey herself famously said (in Destiny's Child), "Tell me why you blow up my pager and my phone when I'm not home!!!!" And I'm asking the same thing!