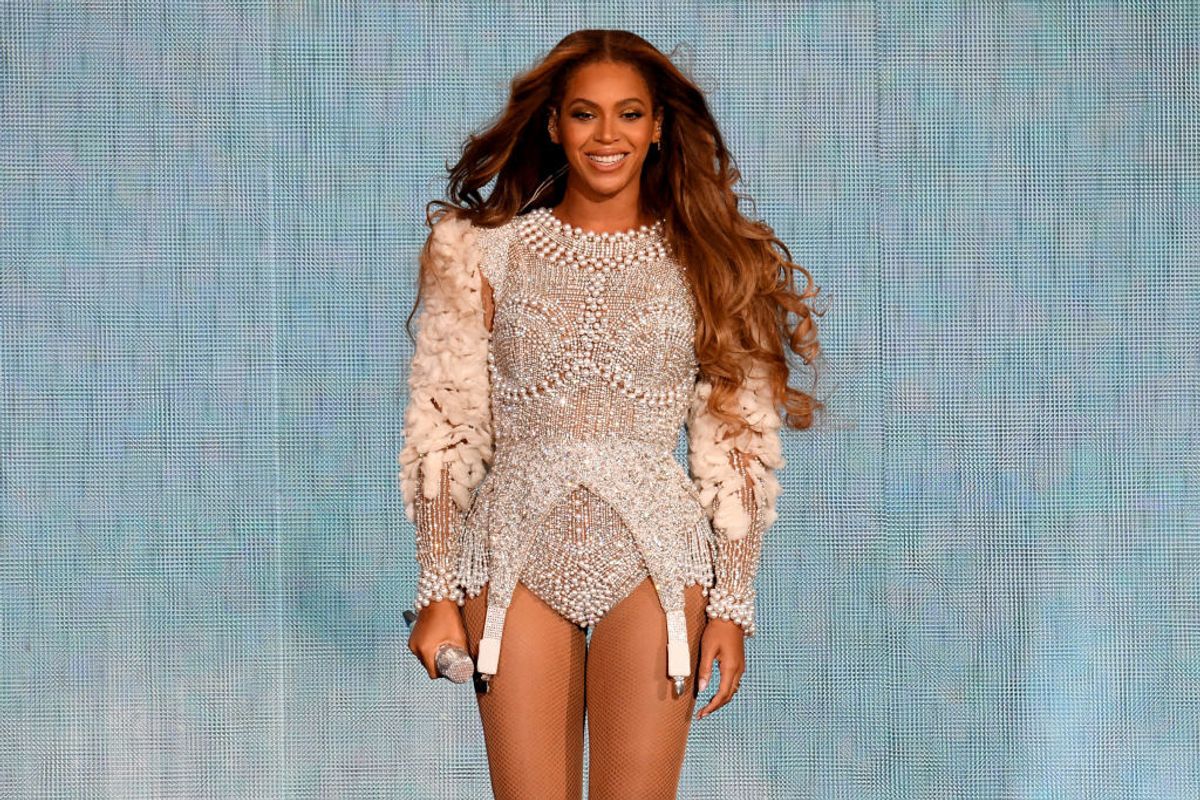 On Friday, Kanye West posted a photo of Beyoncé and Jay-Z on Instagram with the caption "famleeeeee." This comes as a huge surprise, given the fact that music's power couple has been having a rough patch with KimYe since they were unable to attend the Kardashian-West nuptials in 2014. But things seem to have smoothed over when Kanye posted the pic, with Bey wearing what looks to be Yeezy Season 5 mules.

While some thought that Beyoncé bought the $650 shoes to express that the Carters-Wests silent feud was over, as it turns out, Queen Bey copped the look with a $49.99 version of the mules from Public Desire called the Maliboo, Love B Scott reports.

Whether Kanye posted the pic because of the shoes has yet to be confirmed, but the rapper hasn't taken down his post so it seems that maybe all is well and good with the "famleeeeee." Or things might've just gotten even more awkward.