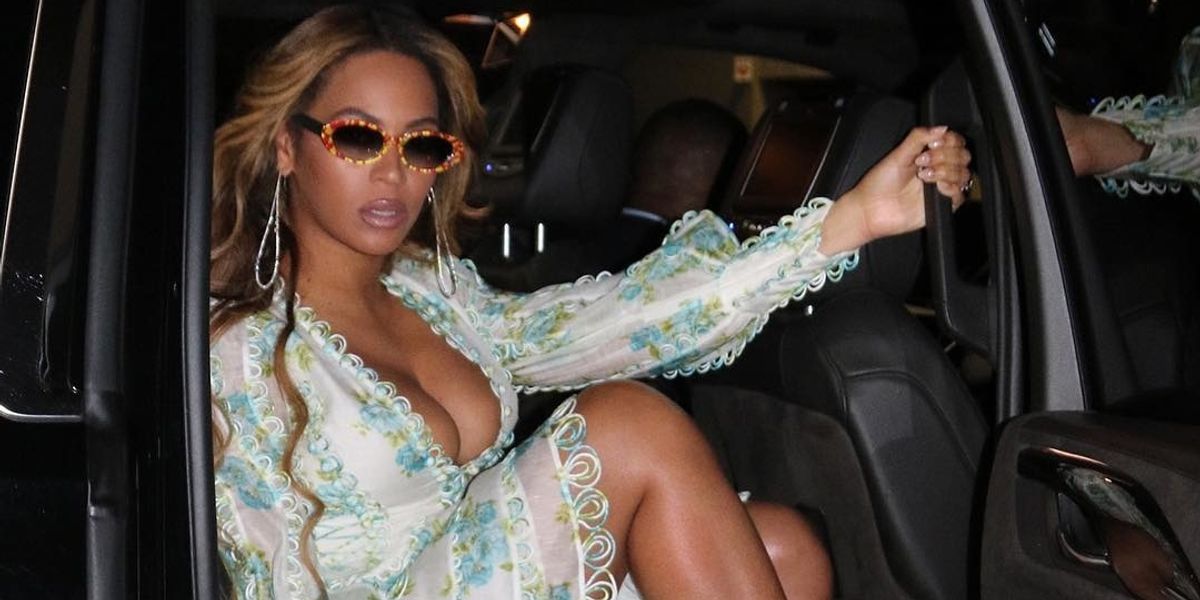 Despite rumors of a Jay-Z/Future beef following some pointed 4:44 lyrics, the two rap moguls joined forces with DJ Khaled and Queen Bey for a new track, "Top Off."

It's the lead single from Khaled's upcoming Father of Asahd album, and thought it doesn't have the same earworm catchiness as Khaled's last mega hit ("Wild Thoughts"), the star power alone makes it worth a listen. So does B's verse, in which she claims to Break the Internet™ and puts anyone "tryna party with the Queen" on notice that they'll have to "sign a non-disclosure" (she's probably looking at you, Tiffany Haddish!)

Jay's verse spends plenty of time shouting out Meek Mill, who is still incarcerated in Pennsylvania, and to call out George Zimmerman. "Meanwhile Georgie Porgie sinnin' and sendin' me threats/Save your breath, you couldn't beat a flight of steps/Try that shit with a grown man/I'll kill that fuckboy with my own hand," Hov rhymes. Zimmerman made threatening comments in reference to Jay's new docu-series examining the tragic death and legacy of Trayvon Martin.

Listen to "Top Off" below: