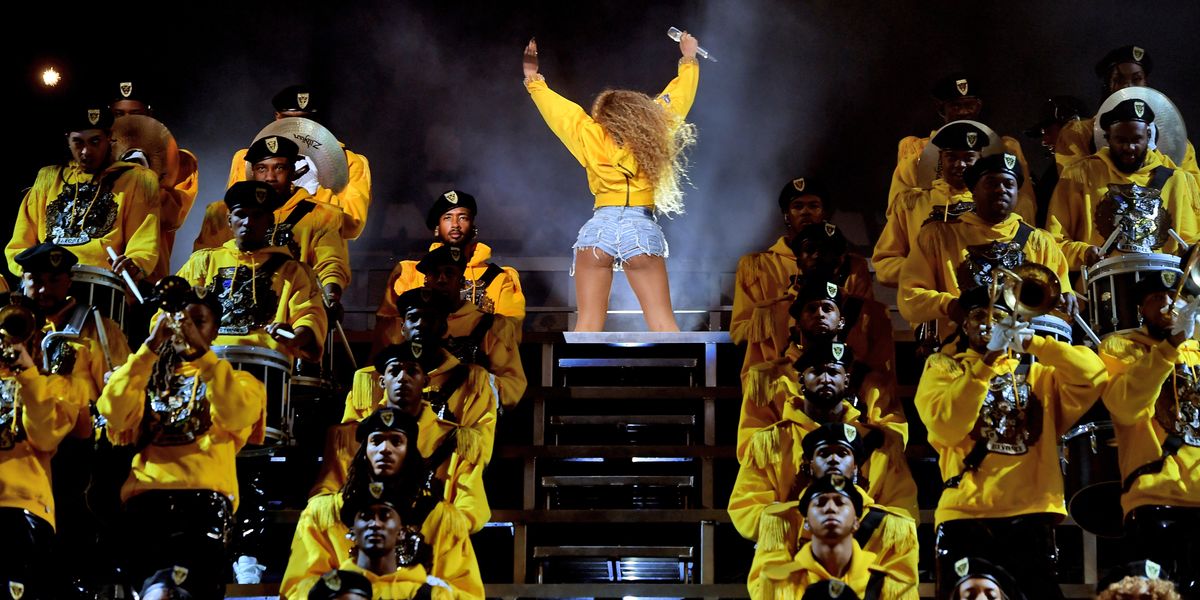 Beyoncé's historic two hour set at Coachella this weekend reset the standard forever for what a truly magnificent live performance looks like. As the first black woman to headline the 19-year-old festival (a problem in and over itself), Bey went all out with her references to black culture, both in her style of dance, visual allusions and the 100+ dancers she brought out on stage. The response to Bey's performance was one of unanimous awe, as she forever reinvented Coachella's "white people stage" as Vince Staples called it and also the color yellow.

One person had her doubts going into the whole thing, though: Miss Tina Lawson. Bey's mother and longtime creative collaborator shared an Instagram post in which she expressed the reservations she had prior to the performance about how the "predominantly white audiences" of Coachella would receive her daughter's unabashedly black show.

"I told Beyonce that i was afraid that the predominately white audience at Coachella would be confused by all of the black culture and Black college culture because it was something that they might not get," Miss Lawson wrote. "Her brave response to me made me feel a-bit selfish and ashamed. She said i have worked very hard to get to the point where i have a true voice and At this point in my life and my career i have a responsibility to do whats best for the world and not what is most popular."

Tina Knowles on Instagram: “Saw this written above photo and commentary by: Alisa Adamson Profit and thought i would share it with you…”

Miss Tina added that Beyoncé told her she hoped after the show, young people would research the culture and "see how cool it is." Bey also added that she hoped the performance would encourage enrollment at HBCUs. (To that end, the singer has announced $100,000 scholarships to four such colleges, proving she really is the Queen).

Bey has used her platform to showcase underrepresented pockets of black culture before, from her Superbowl performance to her countless allusions in the short film version of Lemonade.