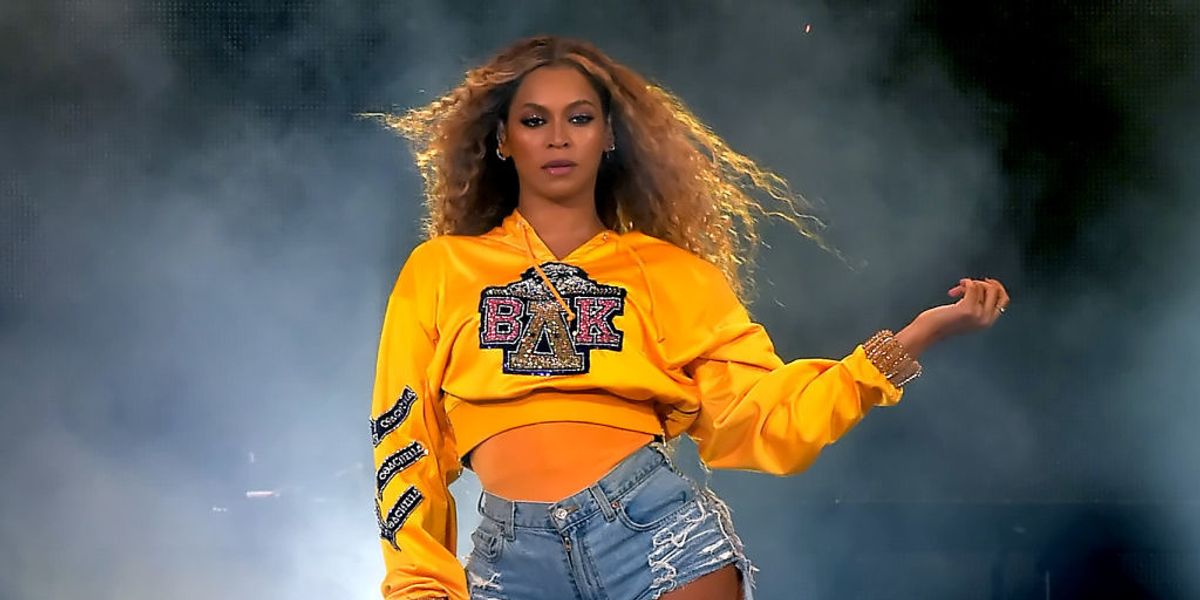 This is not a drill: Beyoncé is now selling merch from her now-legendary Coachella 2018 performance. Now, those of us that didn't shell out thousands of dollars to party in Indio can get in on Queen Bey's show swag. But there's a catch — the pieces are limited-edition, and you only have a month to cop the goods. Break out that credit card now, while there's still time!

Let's take a look at the offerings. For starters, no, Beyoncé's yellow custom Balmain BΔK hoodie is not for sale. That hoodie belongs to the Queen herself. But she is selling a variety of college-themed pieces, including both crew neck sweaters and a hooded sweatshirt in very wearable shades of red, black, and sand. The crew neck sweaters even feature BΔK logo embroidery instead of screen-printing, a fun little detail that speaks to Bey's love of luxury.

The tees and windbreakers are emblazoned with the crest designed specifically for the Coachella show, with Afrofuturistic motifs like panthers and pyramids. For summer, Beyonceé has us covered with a crop top and muscle tee, as well as athletic shorts that will be our new Netflix binge wear. But don't get it twisted — pyramids and codes like BΔK have nothing to do with the Illuminati. Beyoncé put those "corny" rumors to bed a long time ago. Peep some images of the wares below.