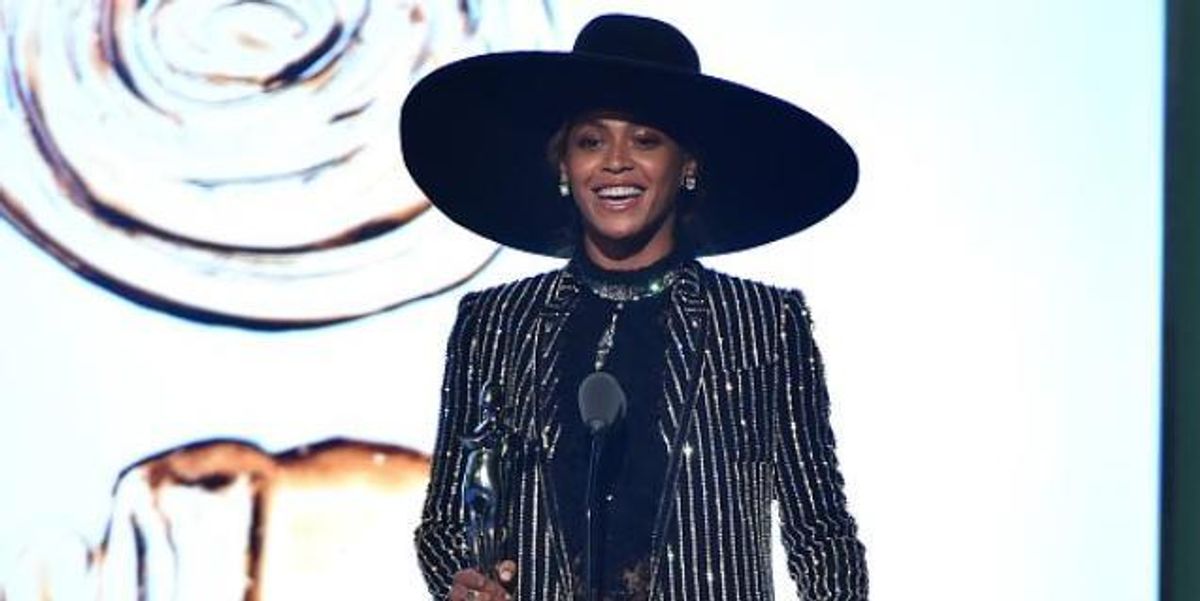 Beyonce took a break from her Formation tour tonight to stop by the CFDA Awards and accept her Fashion Icon Award at the ceremony.

Decked out in a Swarovski suit and epic, Pharrell-esque hat, almighty Bey delivered a moving, poignant speech dedicated in part to her mother, Tina, who designed and sewed many on-stage ensembles for her and her Destiny's Child bandmates. She noted that this was due out of a lack of interest from high-end designers at the time.

"When we were starting out in Destiny's Child, high end labels didn't want to dress for black, country, curvy girls," she said, noting that it was her mother's work that made her feel powerful and vibrant while performing. "When I wore these clothes on stage I felt like Khaleesi."

She also thanked designers that embody the creative spirit and possibilities of fashion and who use their work to inspire people who might not have a platform or voice just yet. "I want to say thank you to every designer that works tirelessly to make people feel like they can write their own story," she said.

Watch the speech below: