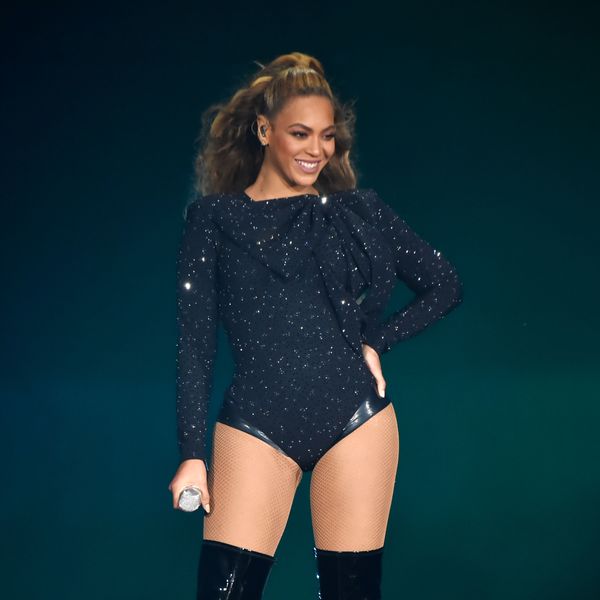 Beyoncé is queen of pretty much every hair style (and arguably everything), but one of our favorites has officially come back: the XXL ponytail braid. Making its recent debut during her tour date in Philadelphia, Pennsylvania on Tuesday, celebrity hairstylist Heal Farinah took to Instagram to announce "THE ICONIC BRAID IS BACK."

During her show, Beyoncé's braid takes on a life of its own. With its larger-than-life attitude, the braid swings, it twirls, and it hangs well past Queen Bey's waist, offering up some serious hair goals. And, mid-performance last night, though the braid remained throughout, it shortened to a more manageable mid-back length. The braid serves as the singer's prop, as part of the show even prompted her to grab the hair and hold it up above her head like a trophy.

As Beyoncé tends to switch up her hair on the reg, going from blonde to brunette, rocking braids, curls, and straight locks at a moment's notice, there's no telling how long the iconic braid is going to stick around for. So take it all in now: it could be gone just as soon as it arrived.