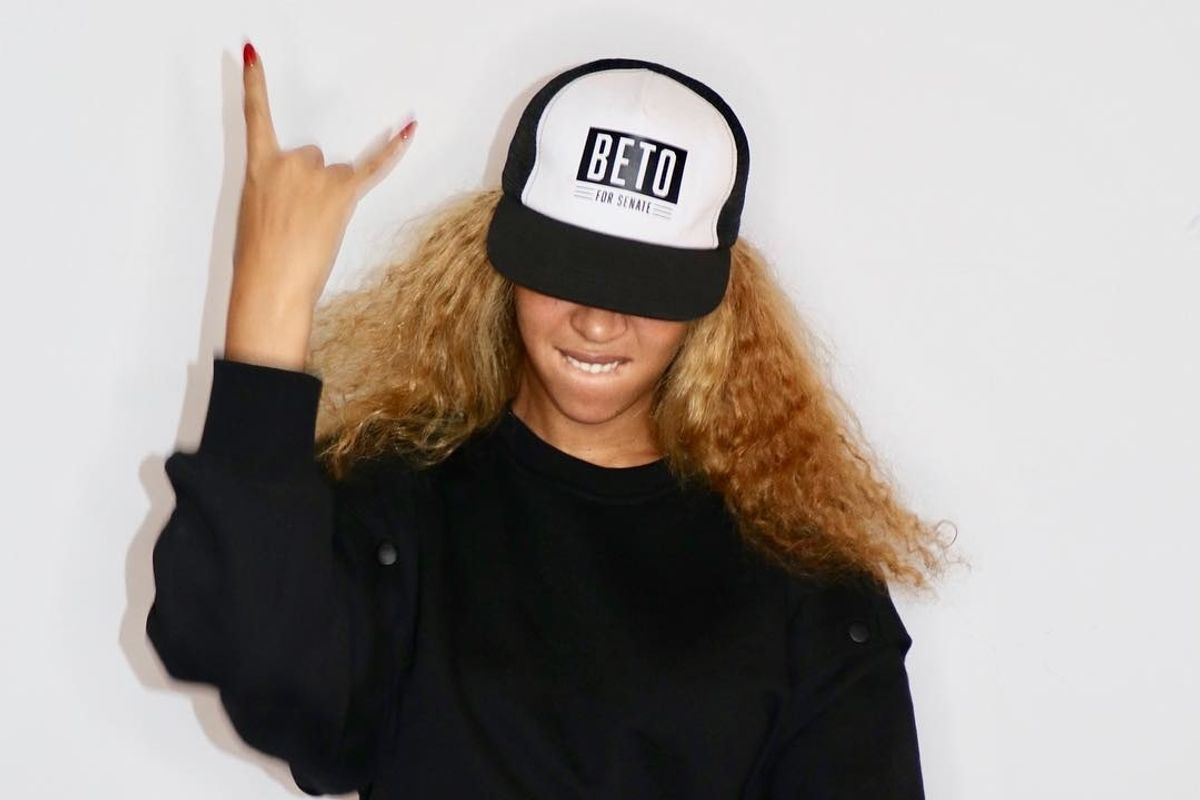 Houston native Beyoncé has thrown her support behind the nation's most beloved midterms underdog, Democratic Senate candidate for Texas Beto O'Rourke. The guy going up against Ted Cruz, who may or may not be running for President someday.

In an eleventh hour Instagram post this evening, B posted an image of herself wearing an official O'Rourke snapback. "I'm feeling grateful for everyone before me who fought so hard to give us all the right to have a voice," she wrote in the accompanying caption. "We can't voice our frustrations and complain about what's wrong without voting and exercising our power to make it right... Sending you all love and positivity on this happy voting day!"

O'Rourke's name has been trending hard in the lead up to today's election, but he still faces a tough battle in one of the country's reddest states. His opponent, onetime presidential contender Ted Cruz, has served on the Texas senate since 2013. O'Rourke won a seat in the House of Representatives in 2012, and his senate campaign announcement surprised many.

But whatever happens in Texas tonight, a Beyoncé endorsement basically guarantees Beto has a political future.