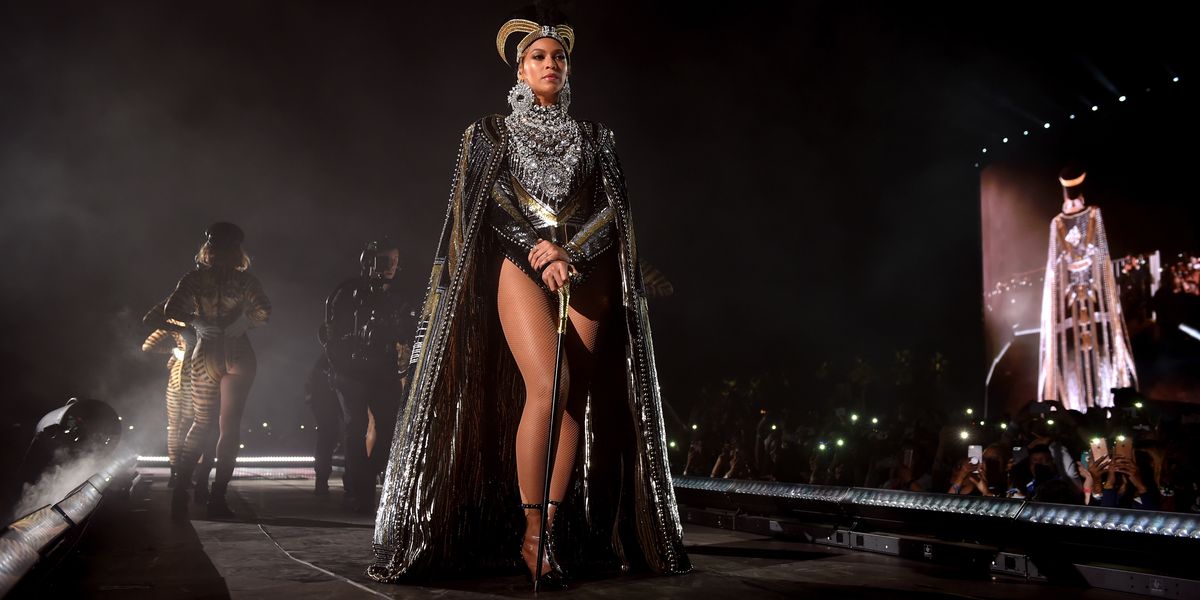 There was a lot to take in during Beyoncé's culture-shifting Coachella performance, where everything was flawless down to each individual sequin on her sweatshirt. The looks were simple but profound — designed by Balmain creative director Olivier Rousteing, the ensembles Bey and her bevy of dancers wore paid tribute to the marching band uniforms and Greek life style of America's historically black colleges and universities.

It was during a rehearsal for the show that Rousteing and Bey had the idea to turn one perfect moment in music and fashion history into a full-fledged collaboration.

"When she saw all the dancers loving the outfit—and she was loving her own outfit—she realized that what we were creating on stage for her, for all the dancers, was something really impactful," Rousteing told Vogue.

The three-piece collection will be launched by Balmain on Friday, July 13 at its Paris flagship, with the items going on sale online at balmain.com and beyonce.com the following day. The yellow and pink hoodies Bey wore in addition to a black tee with the same graphic make up the collection.

And while the intention was the share the pieces with Beyoncé's fans and the world, the prices are steep, with a t-shirt setting you back $290 and sweatshirts/hoodies running $550–$1,790. Still, the proceeds from the collection will be donated to the United Negro College Fund, following Beyoncé's $100,000 donation to four HBCUs after her Coachella show.

Given the current administration's rollbacks of protections like affirmative action, HBCUs and organizations like the United Negro College Fund are all the more important.

"The donation was the main goal of this collaboration," Rousteing said. "We don't forget where we come from. This is really, really important—I come from an orphanage, you know. I think there is something really emotional about our collaboration."

Even a world class designer like Rousteing is part of the BeyHive, admitting that Bey's success and stature as one of the greatest performers of our time inspired him as a young black man in France.

"This to me feels really emotional because, as you know, I'm of mixed race," he said. "I'm black and my parents are white. I grew up in France without having a real identification of being black and being an adult. I couldn't see myself in the future, in a way, because there were not so many people in the '80s or early '90s that could show me a direction. For me, working with Beyoncé, it's more than only music. It's about history, working with a woman that's going to be part of the history and has made her own revolution, not only in music, not only in fashion. She is an icon to an entire generation and so many more generations can follow the steps of Beyoncé and say, 'You give us hope, you make us dream.'"

On the collection, he added, "Sometimes, you create a moment, and it's just one moment. With the clothes that we are creating now, it's going to be a moment that keeps going and going and going. This is something really important. Everybody is always telling me about millennials or about the future—this is the future. This is making sure that these iconic moments talk to the young people. This is something important and this collaboration is talking to the new generation and saying you can get that piece, you can be a part of the history."