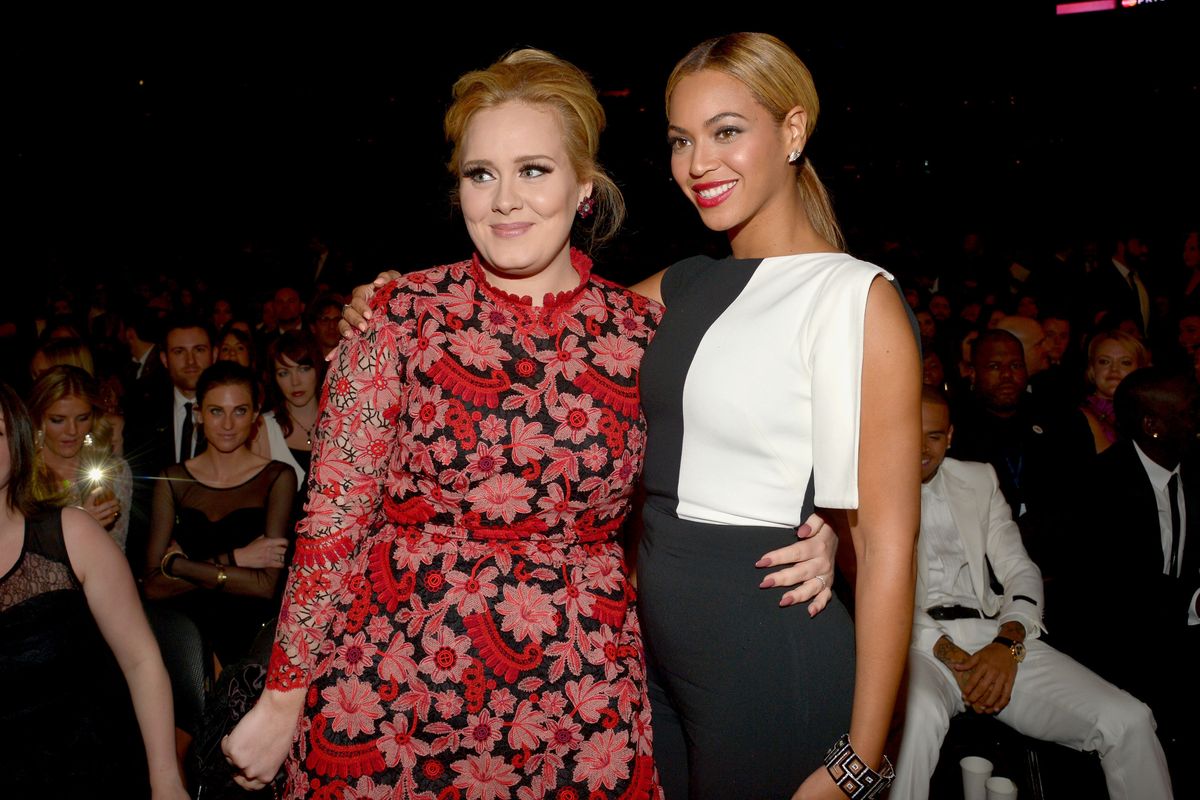 No, Beyoncé and Adele Didn't Record a Song Together

It was reported earlier today that Beyoncé and Adele had finally laid down a track together, after years of admiring each other's music in the press. Sadly, the rumor has proven too good to be true.

The untitled Bey-Adele track was supposedly set to feature on OneRepublic's upcoming album, to be released next year. Lead singer Ryan Tedder shared details during a radio interview backstage at New York's Global Citizen festival over the weekend. "We have one song featuring Beyoncé and Adele, with a Chris Martin piano solo on the bridge," he told Z100, straight faced. He's since clarified that via Instagram Story that he was joking.

Ryan Tedder of One Republic clarifies that there will *not* be a collaboration with Adele, Beyonce and Chris Marti… https://t.co/YtE9l2OONF
— Pop Crave (@Pop Crave)1569867728.0

The concept was believable because Bey and Adele are famously each other's biggest fans. Adele once quashed a rumor that she'd turned down a Beyoncé collaboration for her album 25 by saying that "anyone who knows me knows that my main priority in life outside of my child is Beyoncé." In a 2016 Vanity Fair profile of Adele, Beyoncé effusively praised her as an artist and person: "It is so easy to talk to her and be around her. She's funny as hell and her comebacks are legendary. The most beautiful thing about Adele is that she has her priorities straight. She is a gracious woman and the most humble human being I've ever met." When 25 beat Lemonade for album of the year at the 2017 Grammys, Adele made it clear during her acceptance speech that she thought Beyoncé was more deserving. She also endured a minor Twitter controversy after declaring that Lemonade had empowered "her black friends."

We really fell for it, huh? In everyone's defense, in a post No.6 Collaborations Project world, all unlikely and ill-advised artist duets seem possible.