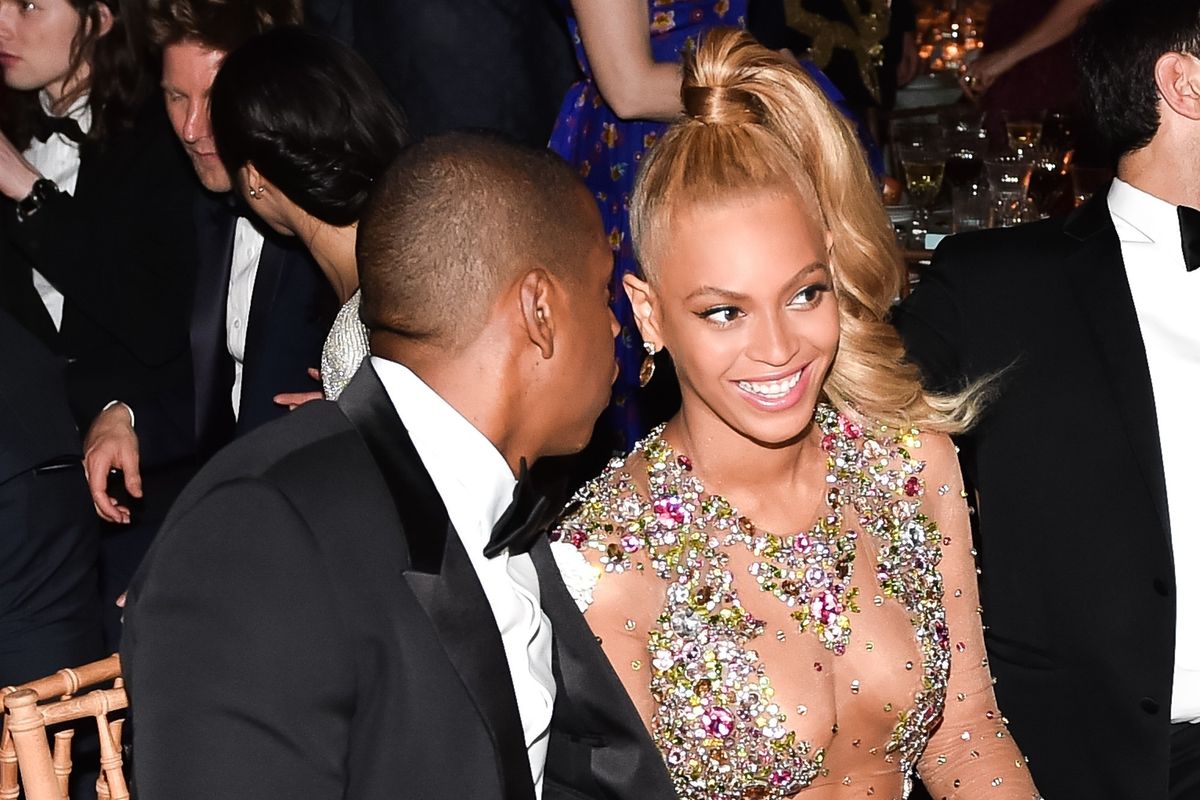 Why The Internet's "Lemonade" Conspiracy Theory Is All-Around Fucked

Every time a high-profile cheating accusation surfaces, it's always equal parts illuminating and disturbing to see where the brunt of the vitriol lands, as it typically lands upon the 'other woman.' Almost always, every participating party -- except the cheater -- tends to be the one who is widely attacked. Take the premiere of Beyoncé's Lemonade this weekend, which has been widely interpreted as a narrative of her husband, Jay Z, cheating on her (with what has been speculated to be longtime friend, designer Rachel Roy), their subsequent marital problems and the eventual redemption of their marriage.

Let me preface this by saying that this isn't even about Roy, any relevant rumors or her admittedly not-so-smart "good hair" Instagram -- it's simply a study of the strange way people are more comfortable with creating their own answers rather than submitting to what will likely be the Carters's continued silence, and subsequently letting Lemonade stand on its own as a great album and a foray by one of the world's biggest pop stars into pertinent social commentary.

Because a sizable part of the Lemonade conversation has revolved around a generous benefit of the doubt given on behalf of Jay Z. It's a position that at its extreme has transformed into what is basically a conspiracy theory positing the album as an example of the Carters' "marketing genius" (special emphasis though on it being Jay's idea) and arguing that the Tidal release/his appearance in the video must mean he's "in on it."Behold:

The Marketing Guys Behind @beyonce @S_C_ #JayZ #RocNation @tidal is out of dis world...

As if Beyoncé wouldn't be sticking with a Tidal release thanks to the fact that she also has a share in the company's ownership and also believes in giving control back to artists? Or the fact that Jay may be supportive of his universally beloved artist wife who he knows he's wronged -- for the sake of their child and mutual professional goals, if anything? It's ultimately an unanswered question, and one with a lot of possible answers -- none of which should lead to him getting a pat on the back.

Because aside from a few pointed tweets and some memes, Jay's emerged disproportionately unscathed in the public view from this whole thing -- his marriage is intact, he's not receiving any ostensible threats on his life, looks to have been forgiven by his well-loved wife and is subsequently enjoying the avalanche of money being deposited into their joint bank account.

However, contrast that with the slut-shaming backlash and pretty insulting "pawn" talk that immediately engulfed alleged mistress Roy the entire weekend, and most likely led to her canceling an event appearance earlier today amid threats on her life and the welfare of her children. All despite the myriad of questions still surrounding whether she's even the one being referred to on Lemonade. Or if she's just one of many other side chicks? After all, everyone from Rita Ora to Rihanna have also been name-dropped by the Beyhive. There's even a round up of potential Beckys!


Not only has Jay been absolved of blame in both the personal and professional arena, but people are beginning to assert that Lemonade 's narrative is a creation of his own hand, with Roy serving as the only collateral damage. This idea of the "elaborate marketing ploy" simplifies the narrative to the point where it's no longer about an imperfect marriage between two fallible human beings, whether the alleged cheating actually happened or not. Is it easier to see Beyoncé's art as an exercise in mass deception rather than an empowering way of regaining control over her own narrative? Is it more comfortable to see their relationship as being so strong that they're actually in deep cahoots rather than on the verge of a breakdown? Either way, the implication that this is all a big PR stunt is fucked -- stop giving Jay Z the power in this story, because no matter what happened, he doesn't deserve it.