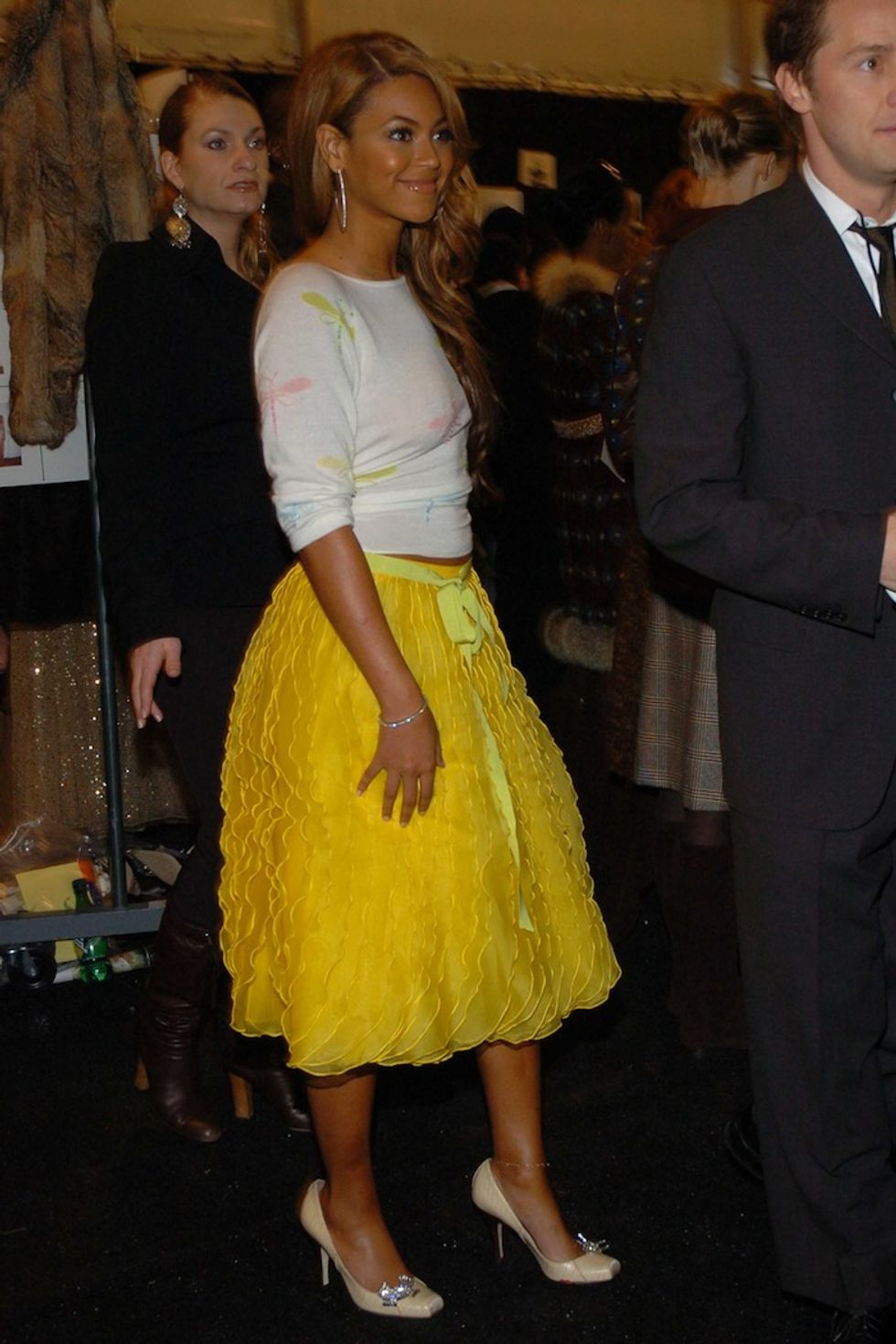 by Elizabeth Thompson + Abby Schreiber
PAPERMAG
Will she show or won't she show? Like everything else about the Carter-Knowles household, BeyoncÃ©'s fashion week attendance can only be described as 'enigmatic.' While we wait to see if she makes an appearance, we look back at her fashion week style history, outfit-by-outfit.

Wearing what can best be described as a "fun Easter top," BeyoncÃ© really goes hard af on the fresh, spring sprite tip. The skirt is the sartorial equivalent of the mid-aughts cupcake phenomenon and all we can say is, we're glad Bey's moved on and so have we (donuts 4-lyfe).

Peak-mid-aughts accessorizing happening here from the layered medallion chain thing happening to the chunky chain handbag to the ruffle sandal, oh boy. This is definitely House of DerÃ©on's influence.

BeyoncÃ© at a GQ party featuring a performance by Kanye: The Delta Force Bangs Phase

Boy, what a difference eight years makes. That camera would have been broken by Julius the Bodyguard in a second. We miss side part-heavy Yonce, tho.

In which BeyoncÃ© proves she's the ne plus ultra when it comes to rocking the hairstyle copped by every girl at any southwestern state school sorority both then and now. Flatirons aren't forever.

BeyoncÃ© was pregnant so we will say nothing but that we're pleased the nude patent leather heels-with-sparkly-nude-dress phase is over.

She was realllly feelin' beige this season.

Here's a little nugget just for you all BeyoncÃ© pregnancy truthers. While she's only five months pregnant, it wouldn't be a Knowles-Carter pregnancy without making you question all sense of what you know about reproductive physiology.

BeyoncÃ© at Kanye West's Adidas Show: The Nailing It Phase

All hail the one true queen.

All photos by Patrick McMullan Company/patrickmcmullan.com
You May Also Like
Fashion