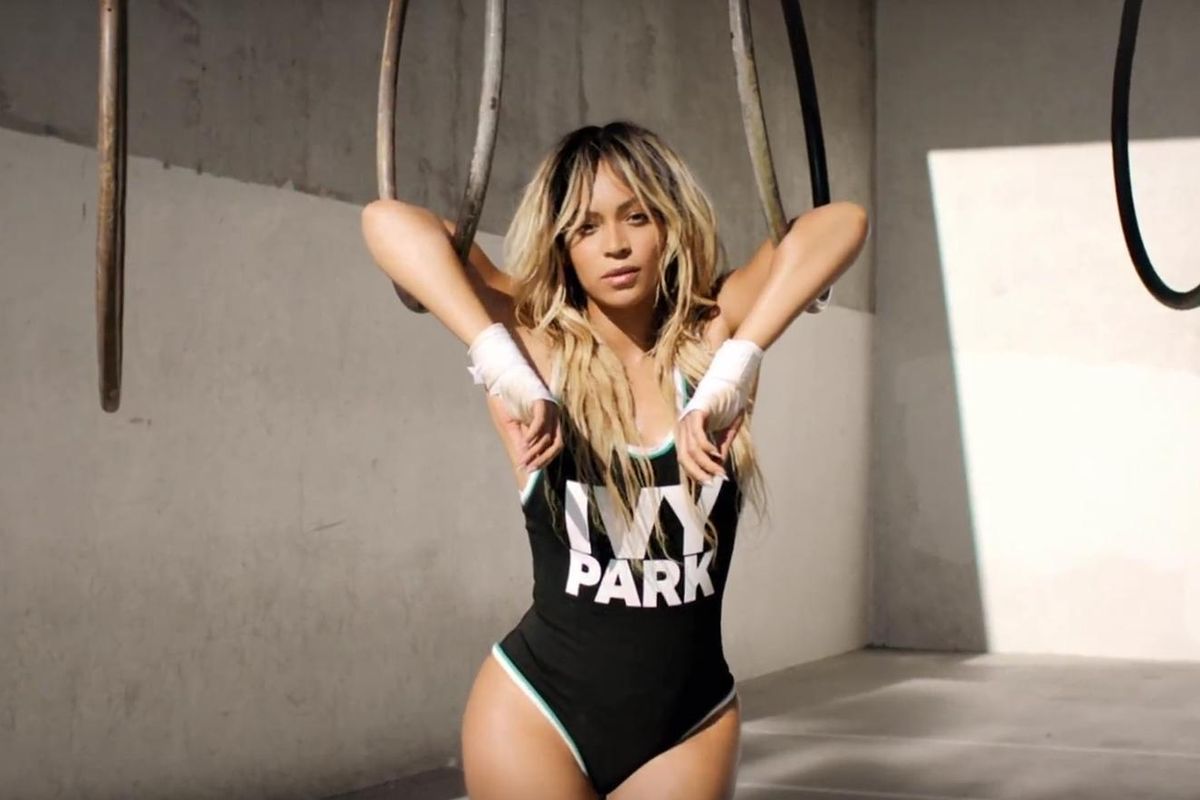 Just when you thought Beyoncé had the apparel game on lock, she comes out with the launch of a brand new website for her athleisure clothing line, Ivy Park -- all whilst teasing new instrumentals (if you hold down the cursor). Jesus.

Developed in tandem with Topshop, it'll be available starting April 14 at Topshops, Nordstorms and more, though we may die of excitement in the interim, because look at how amazing she looks in that teaser video. Like, fuck, I've never wanted to work out so badly (emphasis on the "never").

Even better? It's all accompanied by a pretty personal voiceover, that's sure to kick your lazy ass into shape, with Bey herself saying, "I would wake up in the morning and my dad would come knocking on my door, telling me it's time to go running. I remember wanting to stop, but I would push myself to keep going. It taught me discipline. And I would think about my dreams... There are things I'm still afraid of. When I have to conquer those things I still go back to that park. Before I hit the stage, I go back to that park. When it was time for me to give birth, I went back to that park. The park became a state of mind. The park became my strength. The park was made me who I am. Where's your park?"

Damnnn. Check out the full teaser for yourself below.