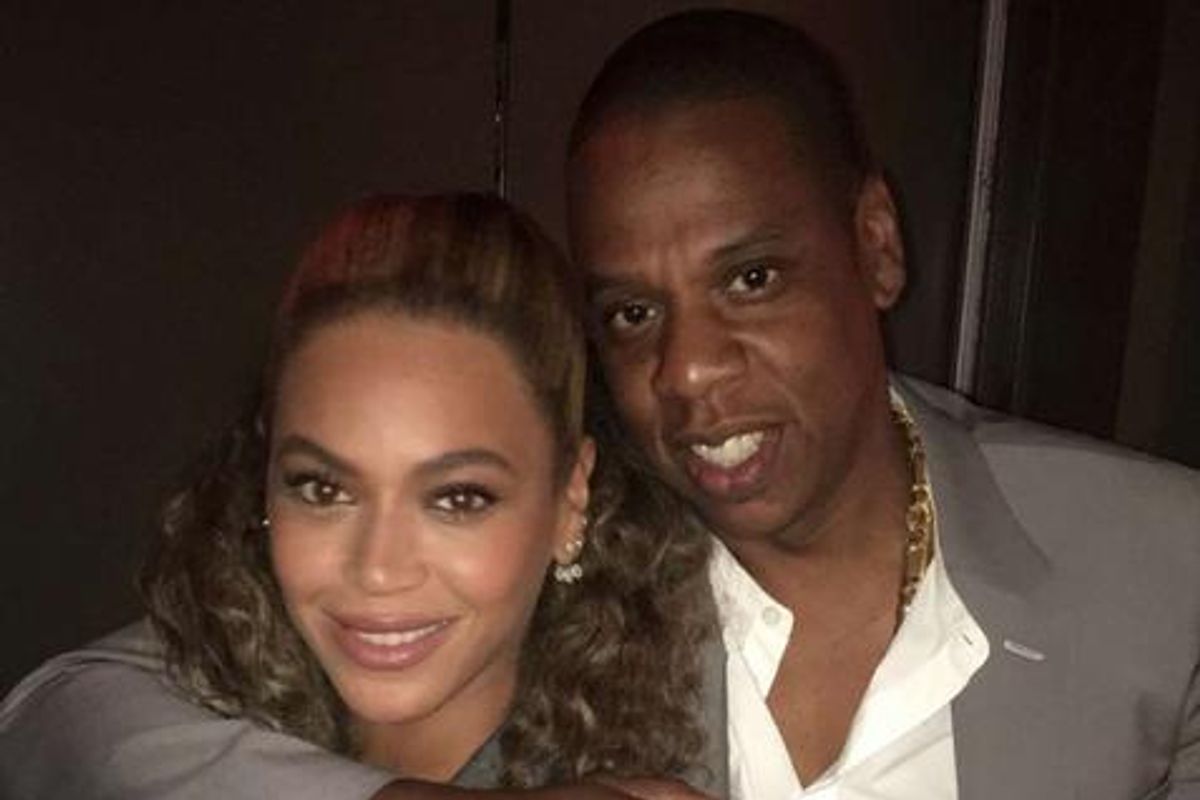 Beyoncé and Jay Z made a surprise cameo on the Snapchat of rising indie artist Usher Raymond IV, and continue in their legacy of effortlessly and kindly reminding us that we are truly subhuman.

Bey and Jay manifested before the denizens of mortals in matching grey pin-stripped power suits, without even a hint of the relationships strife brutally articulated in Ms. Knowles' masterpiece Lemonade.

Why can I not stop imagining these two being driven over to the red carpet in silence, while "Hold Up" plays at full max?

Bey casually sipping a stemless goblet of Merlot, brushing off some lint from her pantsuit.

Also, let's take a trip back to 1999, to a little film called She's All That, and take in Usher's thespian prowess.