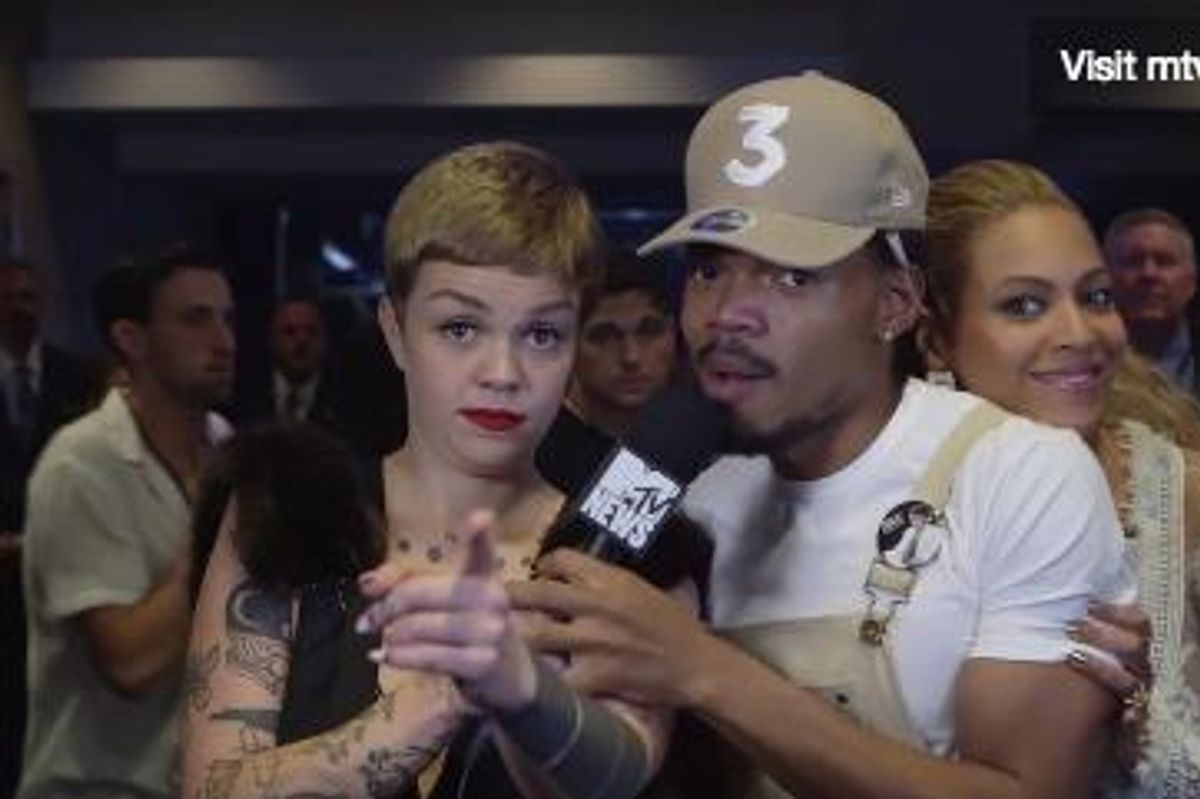 Nothing will ever be as sweet as watching Beyoncé surprise-embrace Chance the Rapper from behind as he gets grilled by MTV host/Perfect Pussy frontwoman Meredith Graves, and here we are:

the Queen swooped in for a quick cameo, with Chance realizing who exactly it was that just gave him a quick hug after the fact; Meredith equally ecstatic.

The modern-day VJ/punk rocker got a chance to introduce herself to Bey, too, who confirmed that the two were both Virgos.

I would watch that show.