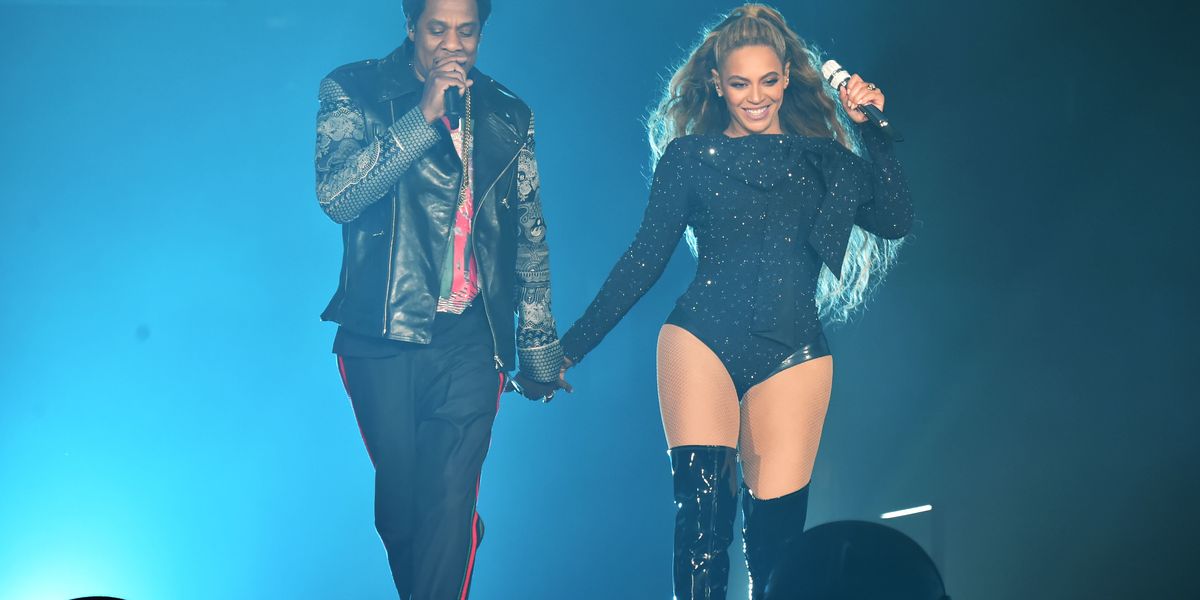 Beyoncé and Jay Z Release New Album 'Everything Is Love'

The risqué tour book photos weren't the only surprise Bey and Jay had for all of us. After months of speculation and hype, the Carters' collab we've all been waiting for has arrived. "Everything Is Love," dropped today exclusively on Tidal as music's reigning power couple are in the middle of their On The Run II tour. Much to everyone's delight, the announcement was made live on stage at London Stadium, with big bold letters appearing on the black screen that read, "ALBUM OUT NOW."

The nine-track album features songs we've never heard before, which will definitely be a treat for all North American concert-goers.

Queen B has also posted a tease on Instagra for the "APESHIT" music video, along with uncaptioned album art photos.

BRB we'll be playing this album on repeat all day—and probably all year long.