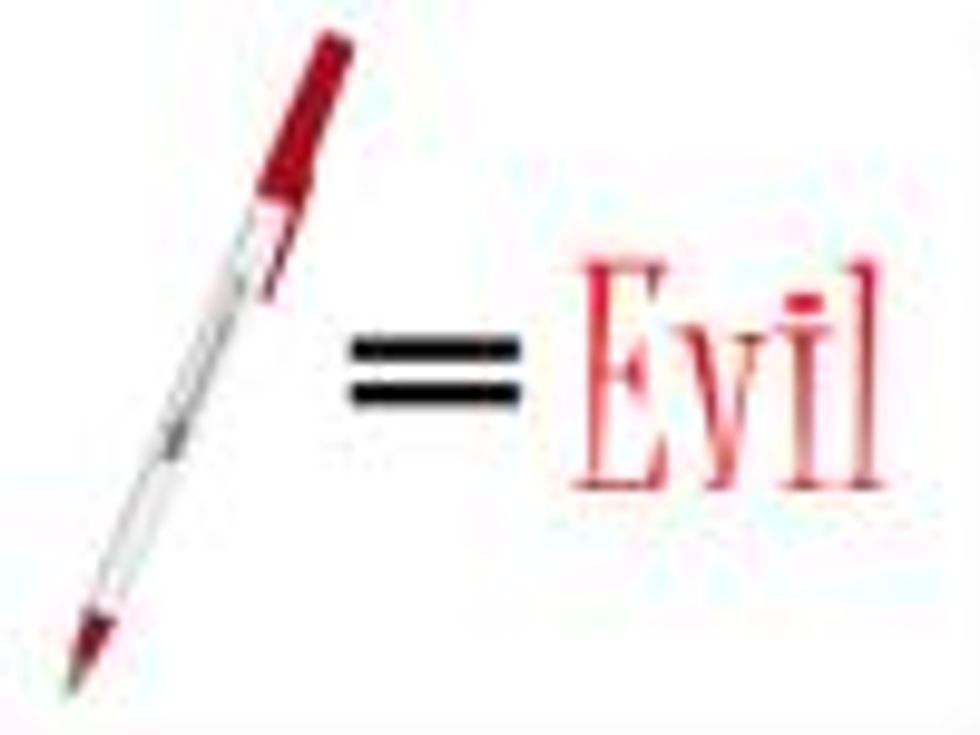 Kids have a hard enough time of it at school dealing with guns, fights, school lunches et al. Now there's a new danger. Some insidious evil doer has decided to make the pen his weapon of choice.  In the last few months three pens have exploded in a high school in the Los Angeles area. The pens, lying on the ground innocently enough, would blow-up once the cap was removed.  The original suspect, an ice cream truck, has been cleared, and the police seem to have lost the scent. The weapons thus far have been a "Bic-like" pen and a black marker. Students have been cautioned to not pick up anything from the ground lest it blow up on them.
Thanks for the photo