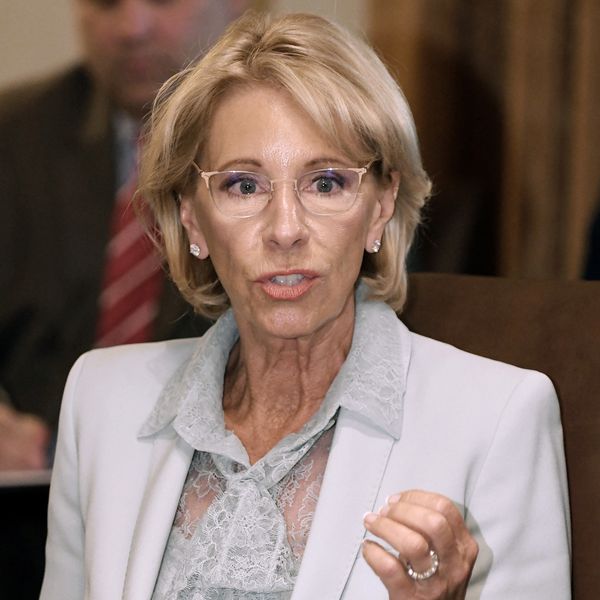 Someone Untied Betsey DeVos' $40 Million Boat From a Harbor

It's been quite an eventful few days for unconventional protests. President Trump's Hollywood Star was destroyed via pickaxe this week, and on Sunday, Secretary of Education Betsy DeVos' 163-foot yacht was untied from a dock at the Huron Boat Basin in Ohio.

The $40 million boat, which is called "Seaquest," drifted into the water and hit another dock. It got scratches that will cost between $5,000 and $10,000 to fix. Which is a lot of money for the average person, but literally pocket change to DeVos who is worth... more than $5 billion. And whose family also, inexplicably, owns nine other boats.

While this is technically a crime, one could also argue it's closer to karma for someone who has rolled back support mechanisms for sexual assault survivors and who wants to revoke $13 million of monetary aid for people who were conned by for-profit colleges.

Regardless, the police are looking at security footage to determine who the culprits are.