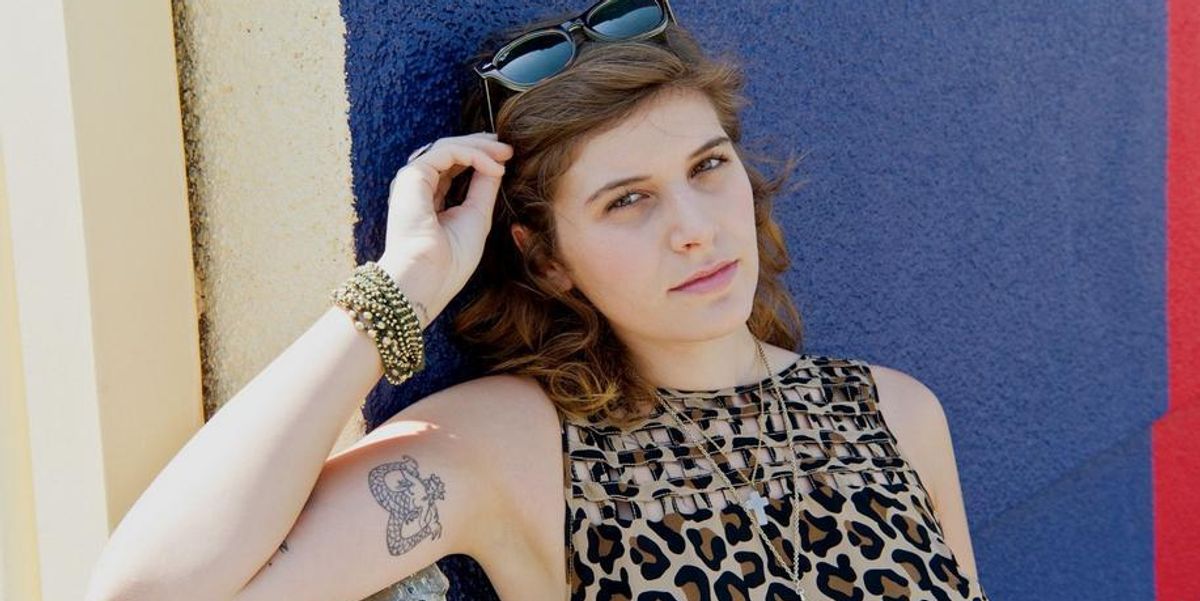 Reverb queen Bethany Cosentino (Best Coast) joined forces with Lena Dunham's Lenny Letter for an essay about the often treacherous experience of being a woman online, in the music industry, and in general.

On her own artistry, Bethany struck back against unfair sentiments that the content of her music is "whiny" and immature.

People need to stop calling me a "whiny baby" because I write songs about heartache and my feelings. Did anyone call The Beatles "whiny babies" for singing the lyrics "This boy wants you back again"? Did anyone call them "desperate" or "needy" for singing "Oh please say to me / You'll let me be your man / And please say to me / You'll let me hold your hand"?

Cosentino went on to remind these web goblins that her public advocacy for Planned Parenthood and a woman's right to choose does not make her a "slut."

The musician addressed her recent involvement in the public outcry against alleged sexual misconduct from industry publicist Heathcliff Berru (formerly of Life and Death PR), led by herself, and Dirty Projectors' Amber Coffman.

When I saw [Amber's] tweets, I knew I had to speak up, because Heathcliff has sexually harassed me too. I had never shared my story publicly because I was afraid of the backlash that I might receive or that I would come across like some kind of wrathful bitch. After I read Amber's tweets, I decided it was time to tweet in support of her. I wasn't just one of his victims — I knew plenty of other women who had their own "Heathcliff stories."
After I supported Amber, the floodgates opened. Women started writing how they had felt personally victimized by his actions. By the following morning, Heathcliff had stepped down as CEO of his PR company, which has since become defunct. As much as it pains me to see these stories from so many women, stories that go back as far as ten years and are as recent as only a few months ago, I am so glad that this situation was finally brought to light and that these victims now have a supportive bond and can provide strength to others who may want to come forward.

Following these allegations, Berru resigned from Life and Death, with the company aligning itself with Cosentino, Coffman, and the other women who've taken a stand against his behavior.