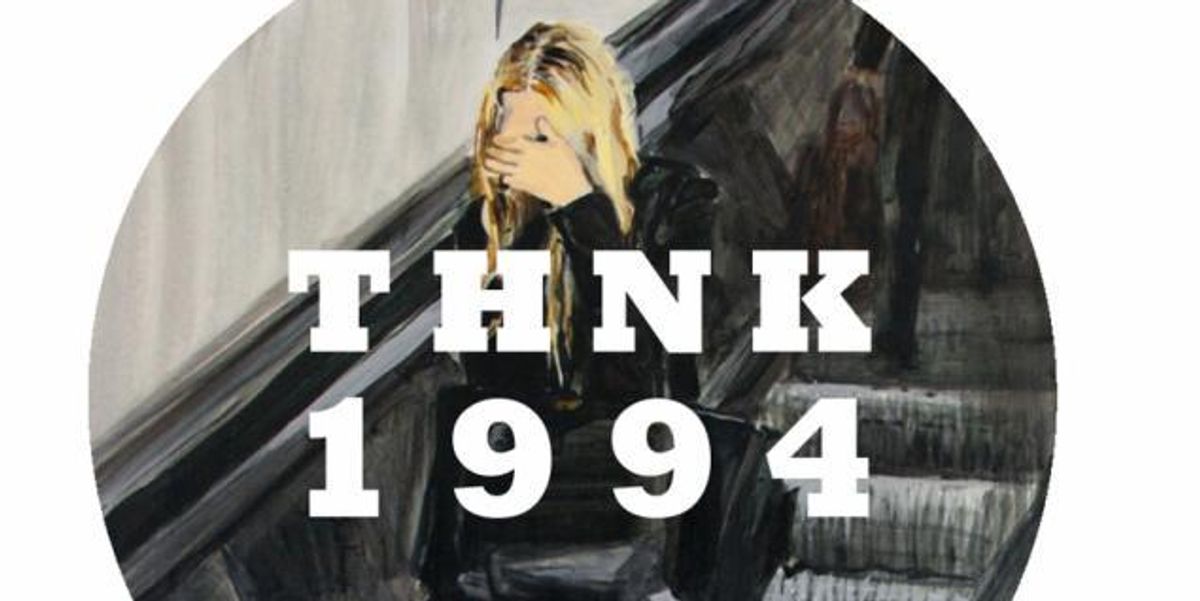 The Best, Worst, and Weirdest of The Week

Best Use of Kickstarter: Brooklyn comedians Matt Harkins and Viviana Olen have launched a Kickstarter for their Mary Kate and Ashley Olsen Exhibit; the specific them: the famous twins hiding from the paparazzi.


The two already run the THNK 1994 Museum Tonya Harding and Nancy Kerrigan Exhibit in the hallway of their Williamsburg apartment, so this is just a no-brainer.

They want to bring their space to a real store front.

It also includes a Lisa Vanderpump-themed livestream confessional, and bowls of cigarettes (that you can't smoke). -Carey O'Donnell

(paintings to be featured by Laura Collins)


Realest Moment: Singer Halsey telling fans outside of BBC1's HQ in London to literally "stop being mean" to her.

The musician's social media accounts were being flooded with rabid garbage trolls saying she was "fucked up" and "swerving" for not stopping to sign autographs (take selfies) with them; Halsey very bluntly stated how insane her press schedule is, and that she would never just ice her fans.

It was very real, and very sad, but I commend her. It's truly the most millennial popstar thing to ever happen.


Worst Catch Me If You Homage: An 18-year-old (truthfully, he looks 15) was arrested in Palm Beach Florida for opening a fake medical practice, and impersonating a gynecologist and calling himself "Dr. Love."

Best Cartographic Skills: The world according to Donald Trump.

Donald is not joking anymore; this is getting scary. -ED


Worst (And Best) Song of All Time: The trap remix to the #DamnDaniel meme.-ED

The Only Bachelor Party That Ever Mattered: On the South Carolina leg of her campaign trail, Hillary Clinton crashed a bachelor party in Charleston and kept the oppressive machismo in check.

Best Advertisement for Shrooms: The operator of a drug-centric YouTube channel had a 61-year-old mother of two try shrooms for the first time; she handled it very well.

Truly the greatest candidate for someone to do drugs with, ever.

"That tree outside actually has a face on it," she relays (with perfect deadpan) during the trip.

Dream Bag of the Week: MCM's Patricia Crossbody bag. The brand celebrated the launch with a party in Garden City, NY with Erin Heatherton and the Misshapes. -- A.S. [Photo by Kelly Taub/BFA.com]

Coolest Grandma of the Week: This one on Vine who proves that with age comes endless wisdom, experience, Beer Pong aim, and the increased probability of becoming a Vine meme. -- I.G.

But a senseless teen drove her car into Kim's Vancouver home.


Our Greatest Living Legends: The 'Stump For Trump' Ladies (aka the only good thing to come out of Trump's campaign) went on CNN to recap last night's GOP Debate, which featured a blood battle between Trump and fellow presidential candidate, Marco Rubio.

The duo, whose previous Trump-supportive videos went viral, demanded that Marco apologize to the entire country, and specifically the gay community, after finding (what they believe) is proof that the anti-gay Rubio had once lived a gay lifestyle in Miami.

Most Innovative Use of the Human Body: In between class periods, these boys took the ridiculousness of Hoverboard culture to a whole different level. But the smiles on all their faces, the girls making fun of them from afar -- how much more wholesome could it get? -- I.G.

Feel the Bern of the Week: This new Bernie Sanders guerrilla wheatpaste campaign in NYC in which street artist JIM JOE re-worked a campaign photo shot by Jamie-James Medina. It was released as a BitTorrent Bundle and you can see it out and about in downtown NYC. -- A.S.

Most tears we've cried this week: When you make Keith Urban bawl his eyes out, rack up over 32 million Facebook views, and send your year-old song straight to #1 on iTunes, you know you've done some good singing. All hail the original Idol Queen Kelly Clarkson. -- I.G.