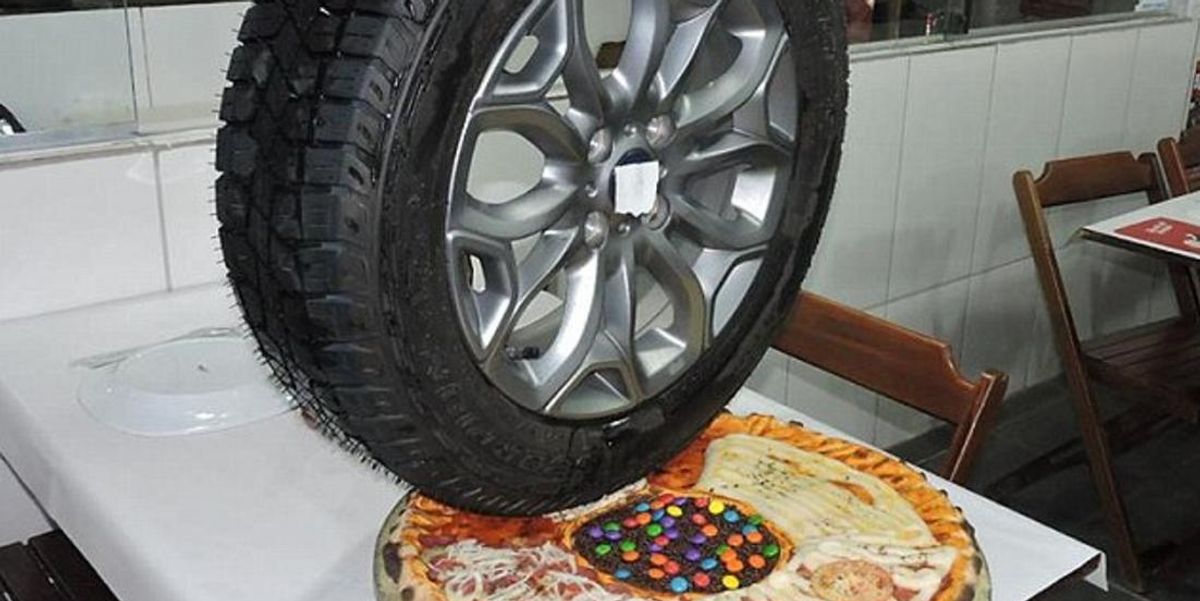 Shadiest Work Of Art: From the Tumblrverse (of course), comes (LOL) a high-res image of Donald Trump made from 500 dick pics. Sorry, not sorry. -- Keenan Smith

Smallest Pro DJ: 3-year old DJ Arch Jnr won South Africa's Got Talent after footage of his audition went viral on the internet. Billed as the "World's Youngest DJ," the tiny mixmaster oozes charisma and charms the crowd with every teeny twist and crossfade. -- Matthew Moen

Best Pizza-Based Backup Plan: 'Tis the season for attempting to make a turkey for the first time and failing miserably. But no worries, because Pizza Hut has just rolled out the solution to all your woes, as The Triple Treat Box is a triple-decker pizza box that can accommodate three separate pies or your choice of side dishes. Not only will it save your holiday meal but it also wins the Pizza Box innovation award this week. -- MM

Most Creative Toppings: Speaking of pizza, a Brazilian pizzeria has gone viral for its assortment of weirdo toppings, which include muffins, bananas, a case of beer and even a car tire. Talk about a balanced and varied diet? -- SS

Dopest Dog: In Peru a bulldog named Otto just broke the Guinness World Record for skateboarding through the longest human tunnel. Catch his tongue wagging while smoothly gliding on the skateboard like a pro completely unbothered. -- Morgan Grain

New App of the Week: Rekky, the 'tastemaker's Yelp' where users -- including influencers and celebrities -- can create lists and recommendations of businesses to try. -- AS

Best (Non-Sexual Adult) Toy: Crayola has just unveiled a line of "premium color kits specially designed for adults." Branded "Color Escapes" (LMAO), the kits feature coloring books with geometric, natural, and animal designs along with special packs of markers and colored pencils that are kit-specific. So whether it's about tapping into your inner child or just zenning out, Crayola's new adult-oriented product line feels like it's been a long time coming. -- MM

Video to Watch of the Week: Bullet's fascinating new mini-doc about Jojo Baby an artist and longtime reigning queen of Chicago club kids. -- AS

Most Counterintuitive Invention: Japanese site Omocoro recently published a the story of a man (code name: "Mansooon") who devised a prosthetic "arm" for people who are ashamed of the selfie stick, because it is...too obvious. You know, because the ten-foot arm is way more subtle. -- KS