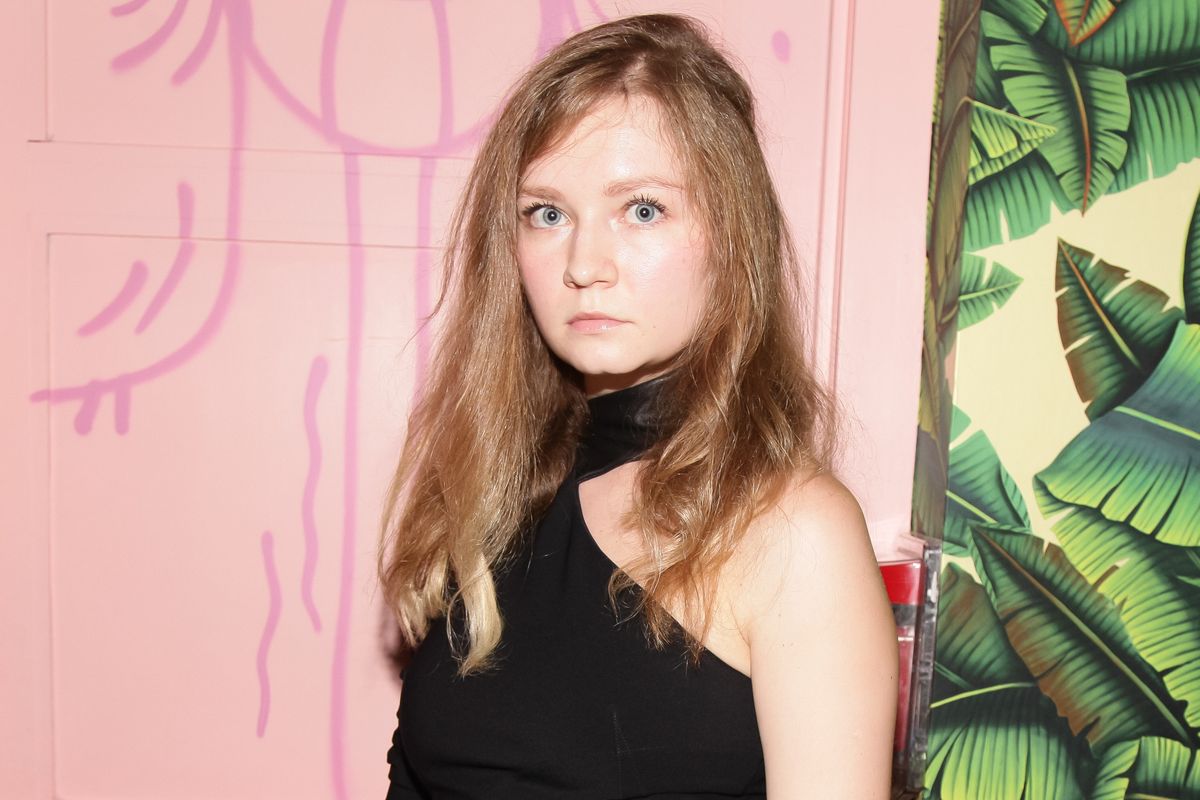 What was the hottest trend of 2018? Scamming! All year long we followed (and often cheered on) the surreal schemes, bizarre backstories and almost-victories of grifters and frauds like they were Ariana Grande.

Why were we so obsessed? Well, when you're bored, stressed and hungry for distraction, it's enjoyable to read about the exploits of people who found ingenious ways of getting what they want at the expense and humiliation of the rich. The BDE! The ingenuity! The finesse!

In her essay, "The Fiends and the Folk Heroes of Grifter Season," Jia Tolentino more eloquently argues that the appeal of scams is about more than distraction: "Scammers show us the glitzy bullshit intrinsic to stratospheric wealth in America; they show us that the best way to make money in this country is to treat everyone around you like a mark." In their absurdist debauchery, scammers tease out the absurdist debauchery of our society. They're like performance artists or Robyn Hood, except they're in it for the cash!

As "eat the rich" Internetisms pervade millennial life and we reach consensus that the American Dream is a lie, there's something mesmerizing about how fully grifters have embraced, as Tolentino says, from for-profit colleges, to crooked bankers to empty promise start-ups, "scamming seems to have become the dominant logic of American life." There's an uncanny (if completely ridiculous) sense of justice to watching the scammed lose at their own game, and a can't-look-away repulsion when it becomes clear how easily, or how nearly the scammer almost got away with it.

Of course, most scammers end up hurting people who don't deserve to be made into symbols — and not all scams are funny or finessed! Some scam for the sake of obnoxious and redundant social commentary. Some scammers really pick the wrong people to fuck with, like Black students, Kansas grandmas, and women who want to feel better about themselves. Some just make us very sad.

But brilliant, terrible, sad, weird and ugly: scamming was an artform in 2018. So, taking a look back at our year of scams, using a complicated scientific formula adding up cash pilfered, purity of mission, intricacy of method and overall finesse, divided by virality to the nth degree, we've determined the official rankings of who scammed the best and hardest in 2018. Guess who's #1...

The Scam: Scorpios of the mall-dwelling, budget shoe retail world, Payless Shoe Source convinced influencers to buy their knock off shoes at a 600% mark-up by selling them under a fake luxury retail brand called Palessi. Then, they got said influencers to rave about the shoes on camera! Spicy.

The Outcome: The scam was for an ad campaign, so the outcome was this video of millennials blushing when they've been told they are dumbasses. Maybe they'll shop at Payless now?

The Scam: Revealed by The Atlantic, wannabe influencers have spent all year long faking brand deals and filling up the 'Gram with pseudo-SponCon from lattes to trips to Florida. It's easier than… most things. You just buy something or go somewhere, and post a photo of it a caption in influencer speak for "this was free bitches!" ("OMG, thanks so much for the hospitality, XYZ luxury hotel/farm-to-table restaurant/leggings start-up!" "I LOVE my new candle/teeth whitening kit/vape/skinny tea/feminist lingerie because of X, Y and Z!").

The Goal: Get famous! And rich! In that order.

The Outcome: There's no rules against gently implying something was free on Instagram, so Finfluencers are happily scamming away, diluting the impact of both actual influencers and brand's advertising strategies. Could teens in Missouri with an iPhone and a lip kit be the end of SponCon?

The Scam: Perhaps inspired by their fake-luxury-music-festival FYRE forefathers, a group of randos used the name and logo of Indonesian EDM fest, Djakarta Warehouse Project (DWP, which notably does not operate in China) to sign Nicki Minaj onto the line-up of a phony "DWP China Festival." They promised her 3 million for a 90 minute set in front of 8,000 fans, and sold 1,000 of those tickets to fans. The wannabe promoters didn't dip with the cash, but had Nicki and fans alike convinced they were headed to an established, corporate fest, rather than a DIY pop-up show (which ain't really Nicki's thing). The rapper was allegedly backstage when her team realized something was up, and Nicki refused to perform. The poor Barbz were sent home after waiting two hours, told that Nicki was having an issue with her voice.

The Goal: To give Chinese Barbz what they deserve! And revenue from those sweet $500 tickets.

The Outcome: DWP disowned the event several days before, which the scammers argued against, providing something vaguely legal paperwork to prove they were a legitimate branch of the fest. Despite this, Nicki was apparently none the wiser until fans were screaming her name, waiting for her to come out. She never released an official statement, but recorded a video promising fans she'd be back in Shanghai soon with a "better partner." The fest issued an apology for the cancelled performance, and promised refunds. It's unclear if Nicki ever got paid, but the scammers must have been pretty damn convincing to get her on a plane to Shanghai without a check. You'd think Nicki and her team would be savvier wiser in a post-Fyre world, but maybe they thought no one would dare try to cross the Queen.

The Scam: British twentysomething Jesse Gordon changed his name to William Baekeland, adopted the sordid history of the wealthy Baekeland family, and fashioned himself as a jet-setting, high society world explorer/travel guru. Despite looking like the secretary of your high school debate team, on his travels, Gordon convinced people to wire him hundreds of thousands of dollars for visas, flights and more under the promise of planning fabulous trips, then dipped completely. Vicious!

The Goal: To get rich, sis! And live out his Shackleton-meets-#wanderlust dreams.

The Outcome: The group of travelers who paid Gordon eventually put the pieces together, discovered his real identity. Rolling Stone, which broke the story in May, reports that lawsuits have been filed in several countries, but apparently aren't moving quickly and the scammed don't expect to see their money returned. Gordon's been removed from company's list of shareholders, but his travel agency, Atlas Travel and Expeditions LLC is still open for business. Spring break is coming up!

4. The Royal Wedding Expert, AKA Tommy From Upstate New York

The Scam: Italian-American upstate New Yorker Tommy Muscatello Jr., spent all summer shopping out his expertise to the royal wedding media frenzy, under the guise of Thomas J Mace-Archer-Mills Esq, a posh British history expert and royal family pundit. He successfully scammed his way onto a number of mainstream outlets (decked out in all tweed of course), calling Meghan Markle "loud" and advising her that, as an American, she'll likely have trouble fitting in with the British lifestyle: "Ms Markle is going to be a little bit challenged when it comes to that because she's so used to doing things the American way, which is not the British way." For Tommy, scamming wasn't just a way to make a buck, it was a lifestyle. He reportedly now has trouble speaking in his "American" accent. Okay, fack you too, Tommy!

The Goal: Muscatello has said that he "identifies" as British, and just wanted to live his best life as a pompous snob. Is that so wrong?

The Outcome: Tommy made it past wedding day with not a single authentic Brit sniffing him out! The Wall Street Journal outed him in late May, so he probably won't be asked to offer his thoughts on the royals anytime soon. But honestly, yeah the accent is fake but the man has the credentials! Just check out his website.

3. The Saudi Arabian Prince from Michigan

The Scam: Anthony Enrique Gignac was poor in Bogota in 1970, was adopted at age seven by a Michigan couple, and spent the next thirty years posing as a Saudi Arabian prince named Prince Khalid bin al-Saud. Exploiting white people's inability to tell brown people apart and our xenophobic/orientalist reverence/fear of Saudi Arabia, according to the Washington Post, Gignac successfully lived the lifestyle of a fabulous prince by stealing credit cards, driving with fake diplomatic plates he'd purchased on eBay, bluffing his way into access to Saudi Arabian charge accounts and… sheer willpower? Gignac was busted several times in the mid-2000's, but always seemed to squirm his way out, and stroll right back into Saks Fifth Avenue. He was still going strong in 2017, when he plotted a $400 million investment in a Miami hotel, which eventually led to his downfall.

The Goal: Rags to riches, baby!

The Outcome: According to the Miami Herald, Gignac first accepted a guilty plea deal, but rescinded and is scheduled for trial in January. He just won't quit!

2. The Black College Student Who Got Trump Supporters To Pay Her Tuition

The Scam: In October, a Black Howard University student named Quran came out as a Trump supporter, posting a picture of herself in a MAGA bucket hat.

The tweet went viral, mostly with thirsty Republicans. Quran, seized the moment: sharing a heartbreaking tale of her parents kicking her out of the house and leaving her to pay her own tuition, all because of her political beliefs -- even faking text messages from her mom.

The Goal: To humiliate Republicans!

The Outcome: Quran confirmed to New York Magazine that she didn't collect nearly close to the $150,000 that rumors alleged, and that she refunded what she'd made. But, she dunked harder on Republicans than most Dems in the midterms, and probably picked up a nice bunch of followers.

The Scam: No one scammed harder or more fiercely in 2018 than Anna Delvey (real name, Anna Sorokin): the fake German heiress who put NYC under a spell. Documented definitively in a viral essay by New York Magazine's Jessica Pressler, Delvey is Russian-German now 27-year old who, with a messy tangle of red hair and inexplicable willpower (she was apparently, not all that charming) infiltrated Manhattan's socialite world between 2013 and 2017. Her story? She was a fabulously loaded German heiress looking to make New York her home, which she proved it by throwing fabulous parties, bouncing around the globe, tipping with $100 bills, attending fashion week, bopping between luxury hotels and extolling grand plans to open a series of sceney clubs -- all without a single valid credit card.

With a cash-flow of phony paper work from Swiss banks, bad checks, a labyrinth of wire-transfers, she was unstoppable. But, when the clues started to add up (her foggy past, her lists of credit card numbers, the inexplicable moments when she'd need to borrow money, despite having dropped thousands the week before), her relationships began to crumble, especially when she stopped footing the bill. By the time the banks and clubs and hotels realized, Delvey's debts were nearly at $300,000. She was arrested in Los Angeles last year. How did she do it?

Pressler sums up: "She saw something others didn't. Anna looked at the soul of New York and recognized that if you distract people with shiny objects, with large wads of cash, with the indicia of wealth, if you show them the money, they will be virtually unable to see anything else. And the thing was: It was so easy."

The Goal: Power, glamour, status, fun, freedom and an escape from a reportedly normal middle-class life in Europe. But also… because she could.

The Outcome: Legend status, and what's looking like 15 years on Rikers. Several film and TV projects depicting her life are already in the works, including a series by Shonda Rhimes and one by Lena Dunham. We can't wait to watch, and to enjoy the scams that 2019 has to offer.