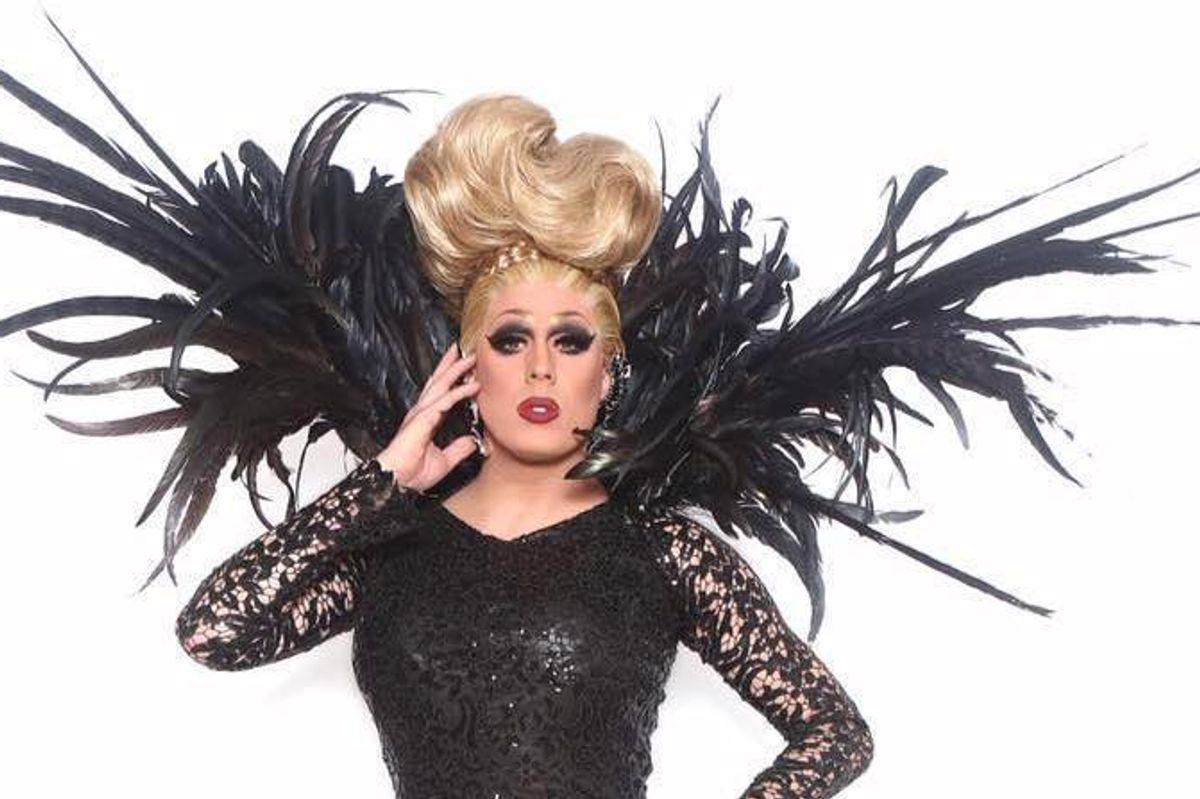 It's time for some bests. I've scoured the entire city to find the most radioactively exciting characters, the ones who light up the night with their earrings alone. And also some places worth lighting up.

BEST BOHEMIAN: Brandon Olson
Brandon Olson came to New York from Idaho in 1998, and has barely stopped being creative for a second. Even shopping for groceries for him must be an act of performance art. Olson's got his hand in every pot, whether as a stylist (he's worked with Patricia Field), a party promoter (with night queen Susanne Bartsch), or an actor (at the New Stage Theatre Company, where he also happens to design costumes). Oh, and he's written plays, designed décor, and done art as well (once, memorably, at a Bartsch party as people gaily danced around him). Olson's worked at La Mama, P.S. 122, Dixon Place, and, with Bartsch, he recently styled a Hunger Games promo and consulted Bette Midler for her fancy look at the Met Gala. Remembers Brandon, "My babysitter was a TV set that fed me reruns of The Carol Burnett Show and old movies. I moved out to New York and searched out the T.V. (transvestite) set who fed me the same thing." His aesthetic is a mix of 1920s-40s and the Beales, but his nostalgia is very futuristic.

A friendly neighborhood place, The Cutting Room looks like a snazzy pub-meets-natty parlor-meets rec room, with lots of bar space, plus a separate room for sit-down entertainment. That room plays host to concerts, performance art, parties,and other good times. On Saturdays, they have The Midnight Experience, a lively rock-and-roll-based revue of burlesque performers and/or contortionists and aerialists, hosted by the bodacious former wrestler/mistress/opera singer Shelly Watson. The place is highly recommended for those without pretensions. 44 E. 32nd Street; 212 691-1900

Joey Arias has been a staple of NYC nightclub culture starting in the 1970s, but his singing has evolved and exploded like fine wine with some Pop Rocks candy tossed in it. An omnisexual figure with a Louise Brooks 'do, hoop earrings, and a Joan-Crawford-goes jogging suit complete with shoulders, he coos and shrieks and aims for notes only Mariah Carey can hear. He served time as MC of Cirque de Soleil's Zumanity show in Las Vegas, where his saucy demeanor and otherworldliness perfectly appealed to international tourists looking for some jaw dropping. Here in New York, he's an attraction unto himself, whether playing at Pangea, Joe's Pub, or Central Park's SummerStage. Joey's great at toying with his audience, often dragging up a hunky guy to sing to, along with some de rigueur sexual taunting. His finest feat is aping the songs and sound of Billie Holiday, but while it used to seem like he was channeling Billie, it's now clear that Billie's channeling him.

A good drag queen must be able to look amazing, sing, lip sync, dance, turn somersaults, come up with spontaneous patter, work the audience, and come off snappy but not mean, all while seeming completely natural. Tina Burner can do all of that, and as a result she's been a featured host/performer at gay clubs around the city, like Industry, Barracuda, and Posh. Tina's become so omnipresent that you can barely walk into a gay bar without seeing her doing her "Leg up!" number, her lip sync to a beauty pageant contestant's woefully misguided comments, or a mixtape medley of both of the above bits plus many more (everything except -- er, make that including -- Dreamgirls). She will even lip sync wisecracks about abortion, alternating with shrieks of "No wire hangers!" -- all after an announced warning that it's "for entertainment purposes only." No kidding. Tina's the perfect DIY diva for the ADD crowd.

Johnny Dynell has long been the city's go-to music man, whether it be at a weekly club kid bash or an uptown black-tie benefit for upper crusties. One of the geniuses behind the experimental '90s club Jackie 60, Dynell has emerged as someone who can satisfy a crowd by spinning a bracing mixture of new and old, and sometimes things that are in-between, like Paul Anka's hauntingly bizarre Vegas-y cover of "Smells Like Teen Spirit." Serving history is important to him, so alongside the up-to-the-minute mix du jour, he'll throw in some esoteric old disco tracks to give the kids a little lesson in what came before this moment. Those that go out will see him everywhere -- from the Monster to the Night of 1000 Gowns and beyond -- radiating good will as he plays great beats. Special mention: Honey Dijon.

"Gay" and "country" generally don't go together any more than "straight " and "Liza," but if you put your tongue in cheek a bit, Flaming Saddles -- the city's gay country bar -- makes perfect sense. After all, gays never seem that averse to wearing plaid shirts, tight jeans, and macho hats. And the pose becomes a way of life at this place, where The Best Little Whorehouse in Texas runs in heavy rotation on the screens and at various moments, the staff will hop onto the bar and do a fancy little two-step. Sometimes it's one plucky bartender, while other times, it's a trio of them working out routines as if out of the chorus of (yep) The Best Little Whorehouse in Texas. The result is as much Broadway as it is country, but that's part of the charm of this HK hoedown. Fortunately, the lights are bright here, so you can see just what cowpoke you might be poking. 793 Ninth Avenue. 212-713-0481.