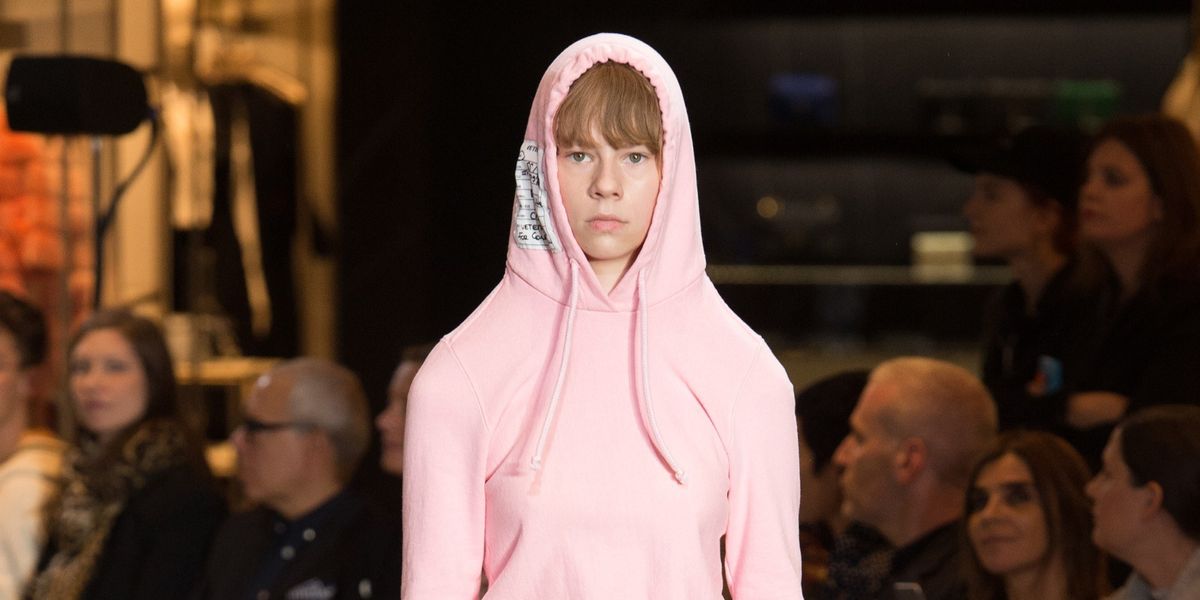 For one week in July, Paris asserts its ancient prerogative as the most glamorous place on earth as designers show their haute couture collections. In a moment where the real world may feel like it's falling apart, there was an uneasiness, but also a certain poignancy, about the necessity for unabashed beauty, running through this particular season. Herewith our top ten moments in the gallery below: 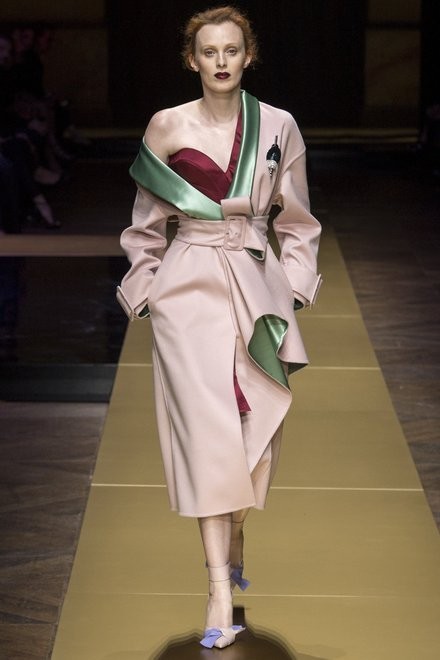 The unofficial opening of couture is usually the Atelier Versace show on Sunday evening and what a lovely way to kick things off than with runway rarity Karen Elson in a soft, off-the-shoulder ,blush pink overcoat. The collection was the softer side of Donatella: less daring and more drape. 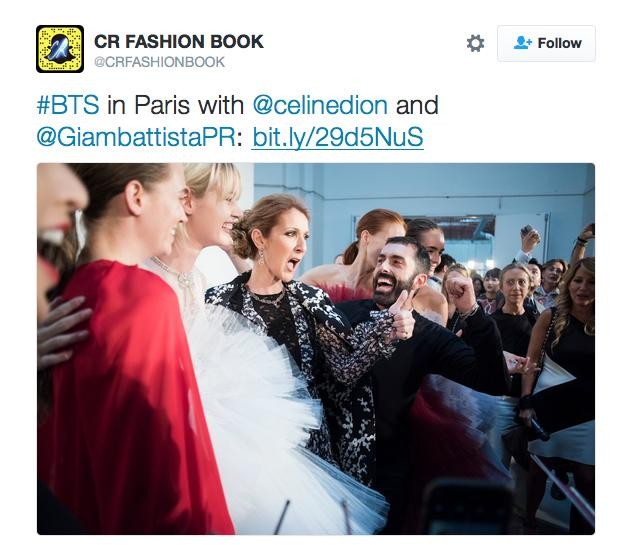 The Week of Céline

Queen Céline has been making the rounds in Paris for the last few weeks and, not to mince words, serving LOOKS. Her pièce de résistance was at Giambattista Valli where she made no secret of her feelings for the clothes with audible gasps, enthusiastic thumbs up, and an ebullient (and très Céline) standing ovation for the finale. 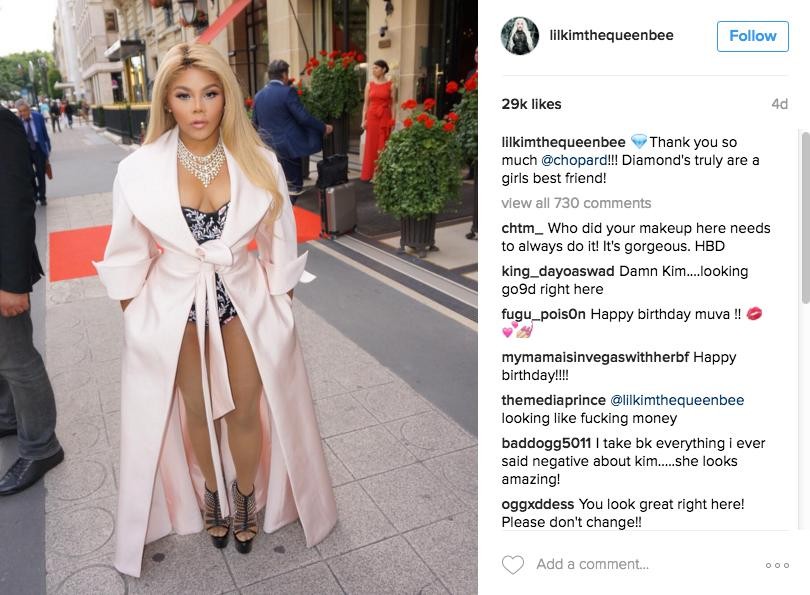 The Baddest B**ch in essentially a swimsuit and dripping in jewels at Ralph & Russo. Need we say more? 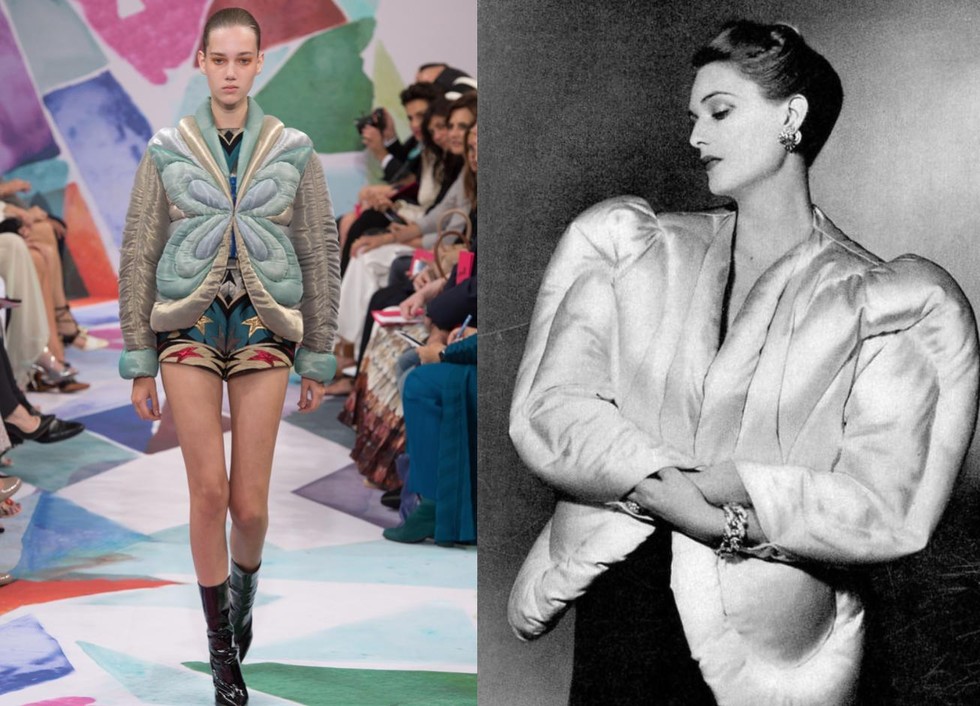 A Bit of James at Schiaparelli

Circus was the theme of Bertrand Guyon's couture show for Elsa Schiaparelli, and his nod to Charles James' iconic quilted evening jacket was a head-turning trick. 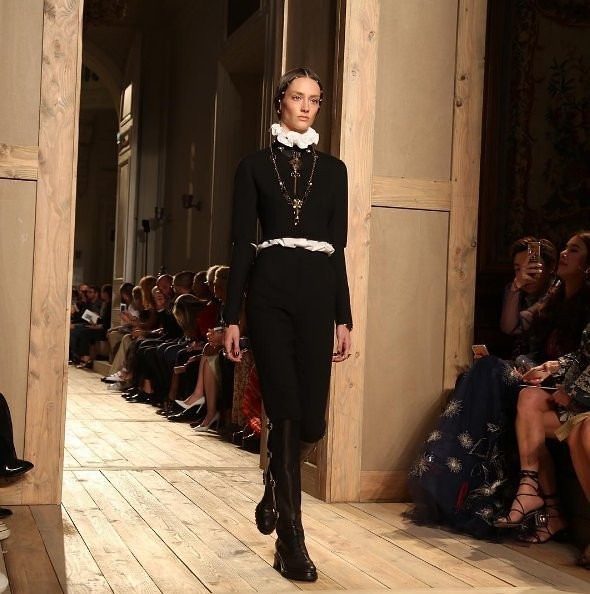 One of half of Valentino's design duo took her final bow, after an Elizabethan tinged collection replete with corsets and ruffs, before her (as yet to be announced) appointment to Dior. Parting is such sweet—and gorgeous—sorrow. 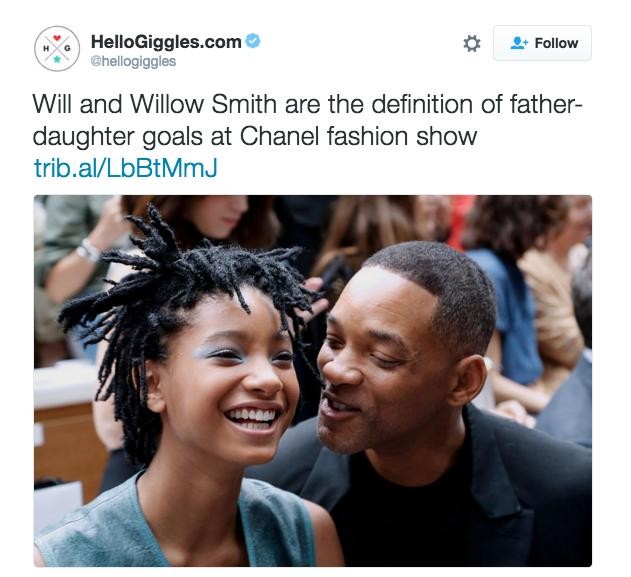 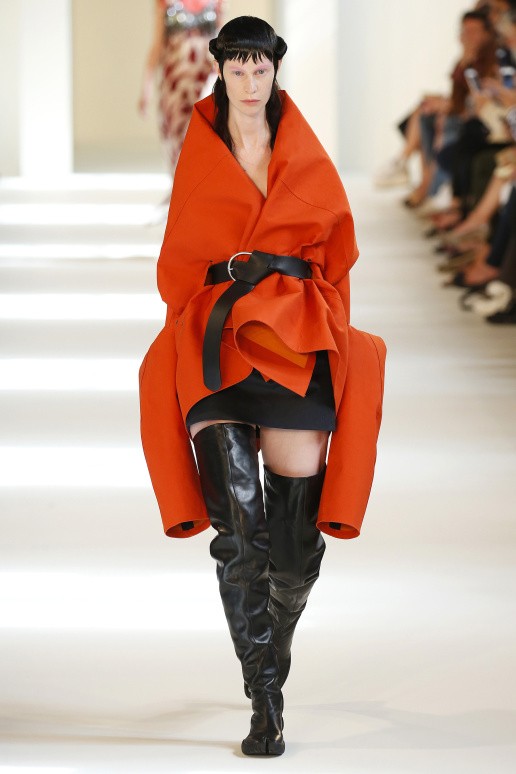 Margiela: Doing the Most

In the best possible way! The magpie glamour of John Galliano's collection for Maison Margiela Artisanal was a feast for the eyes and interpretations. Was it a comment on global chaos or was the designer just rummaging through a french dress up box? Who is to say, but you could not walk away without an opinion. 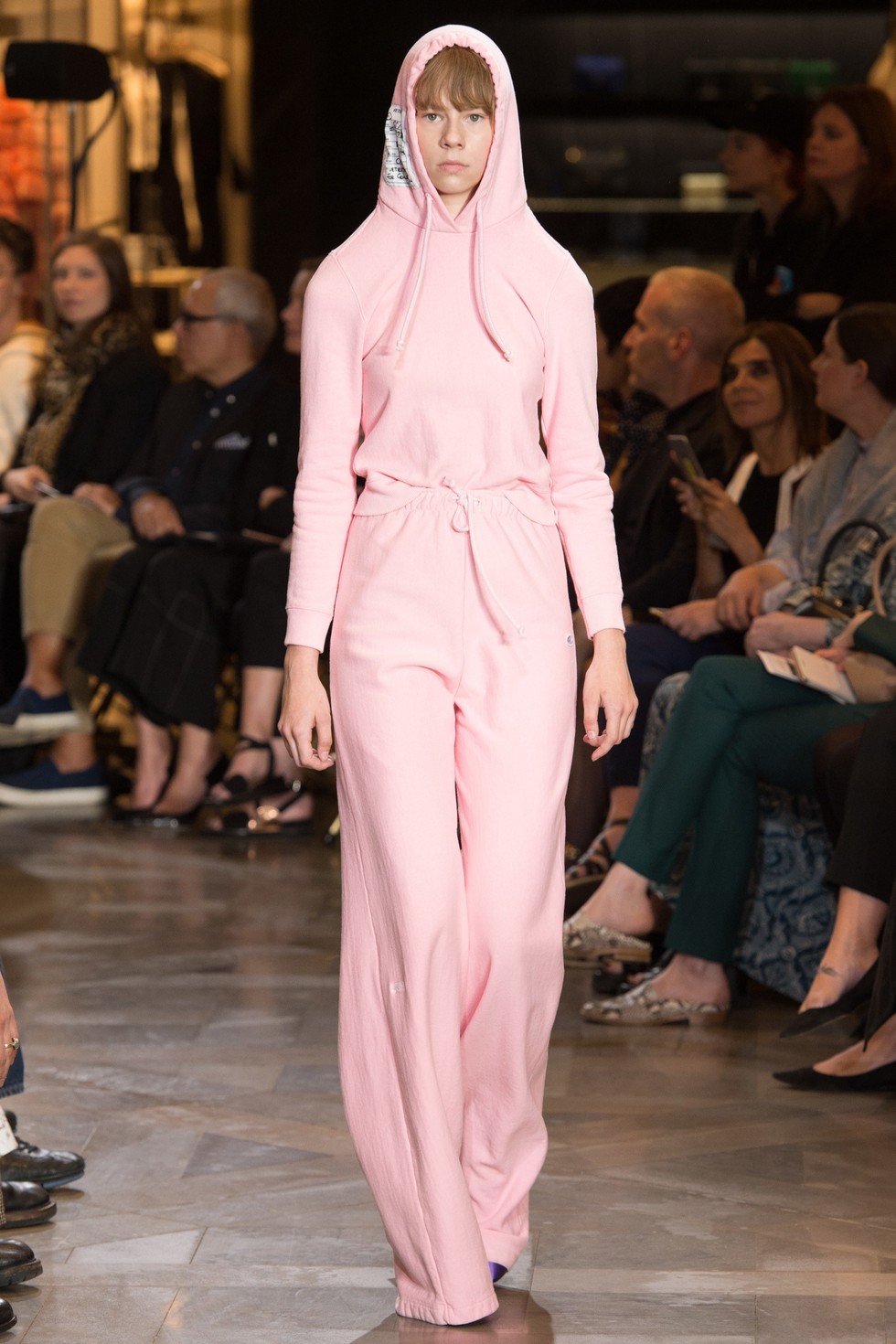 Scenes from a Mall

Vetements continues their impossibly hip march across the fashion world, holding their not-so-couture Spring s/s 2017 collection in the Galeries Lafayette department store featuring off-beat collabs with a range of recognizable sports and high street brands from Juicy Couture to Reebok: heavy on irony and exaggerated proportions. 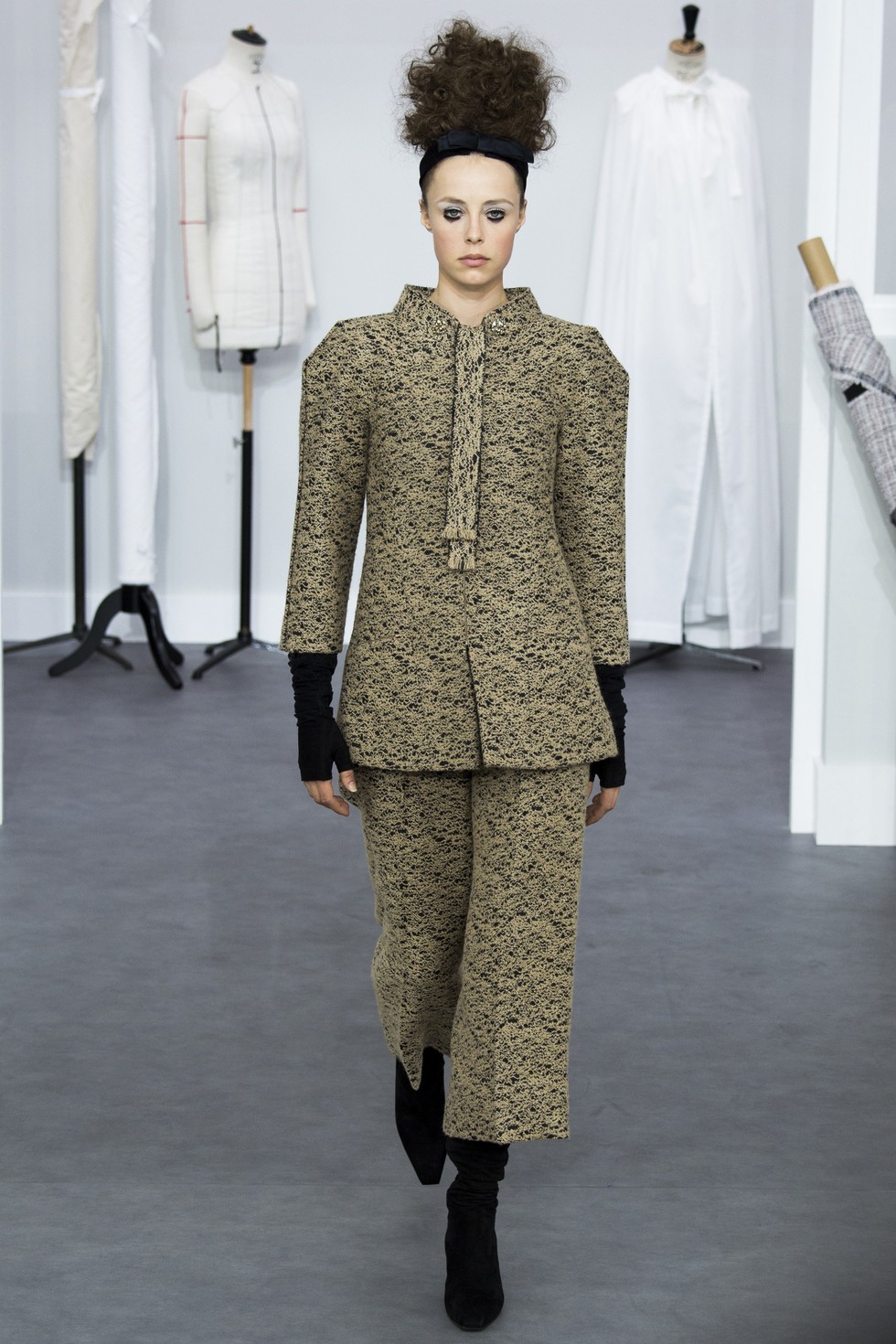 The sets at Karl Lagerfeld's couture and ready to wear shows for Chanel are now almost as anticipated as the clothes themselves, but instead of transporting the audience to some far-flung locale or clever mis-en-scene this couture season, he brought the audience into the very real work rooms of the Rue Cambon, or rather brought the atelier to the audience. The men and women who build and finish the looks were center stage, at work on the machines and forms in a lovely, and well-deserved, tribute to the behind the scenes experts who really make the couture magic happen. 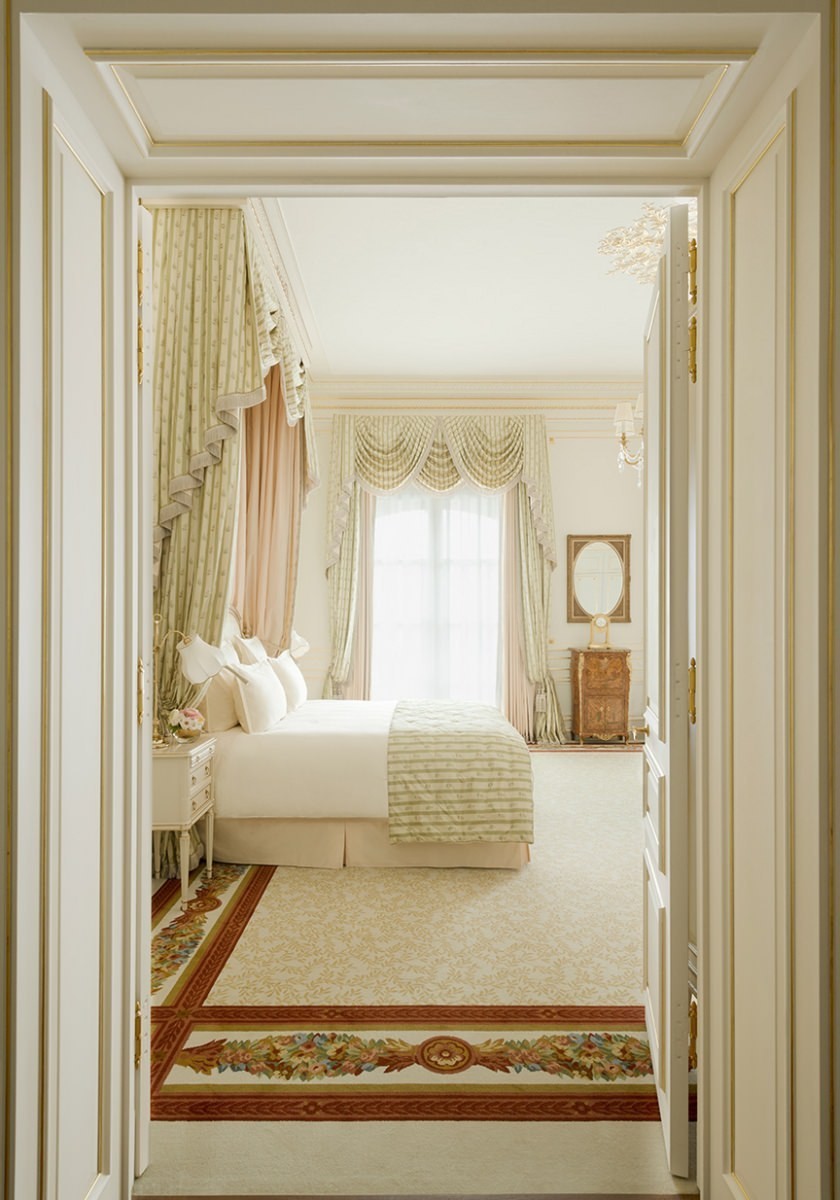 After a four year closure due to renovation the storied Ritz Paris, and favorite of fashion's 1%, re-opened on the Place Vendôme, now with reliable wi-fi and USB ports!