Every year, around 8-12 million companion animals enter animal shelters across the country, according to PetFinder, and of those approximately 5-9 million are euthanized (60% of dogs and 70% of cats). Bertram the Pomeranian, otherwise known as Bertie Bert the Pom on Instagram, was among those abandoned millions for being "too big to sell" at 5 months old, until he was quickly adopted by Kathy Grayson in Tulsa, Oklahoma.

Grayson, who owns a contemporary art gallery called The Hole NYC, began chronicling their lives together on Instagram, creating a distinct personality for Bertie that now nearly half a million people have come to follow every day. The Chocolate Pomeranian looks more like a teddy bear than a real dog, and went viral when Grayson dressed him in a look-alike Paddington Bear costume. The rising star then appeared on several international Morning Shows and the Rachael Ray Show, wearing that iconic red hat and blue toggle coat.

On Instagram, Bertie's nickname is "Bobo," and he's documented daily doing the things he loves most: Traveling the world with his best friend Grayson (or "Stupid Kathy"), playing dress up, visiting his fans at the local dog park, snacking on cheese, chilling in any sized container that holds water to "cool his undercarriage," sleeping, and playing fetch at The Hole. (Bobo does not love baths, although he looks adorable taking them.)

With Fashion Month kicking off this week in NYC, PAPER invited Bertie to shoot his first ever fashion editorial, featuring 12 designer bags from favorites like Christian Dior, Fendi and Versace. Shop everything, below, follow Bobo on Instagram (@bertiebertthepom), and visit PetFinder.com for more information on how to adopt. 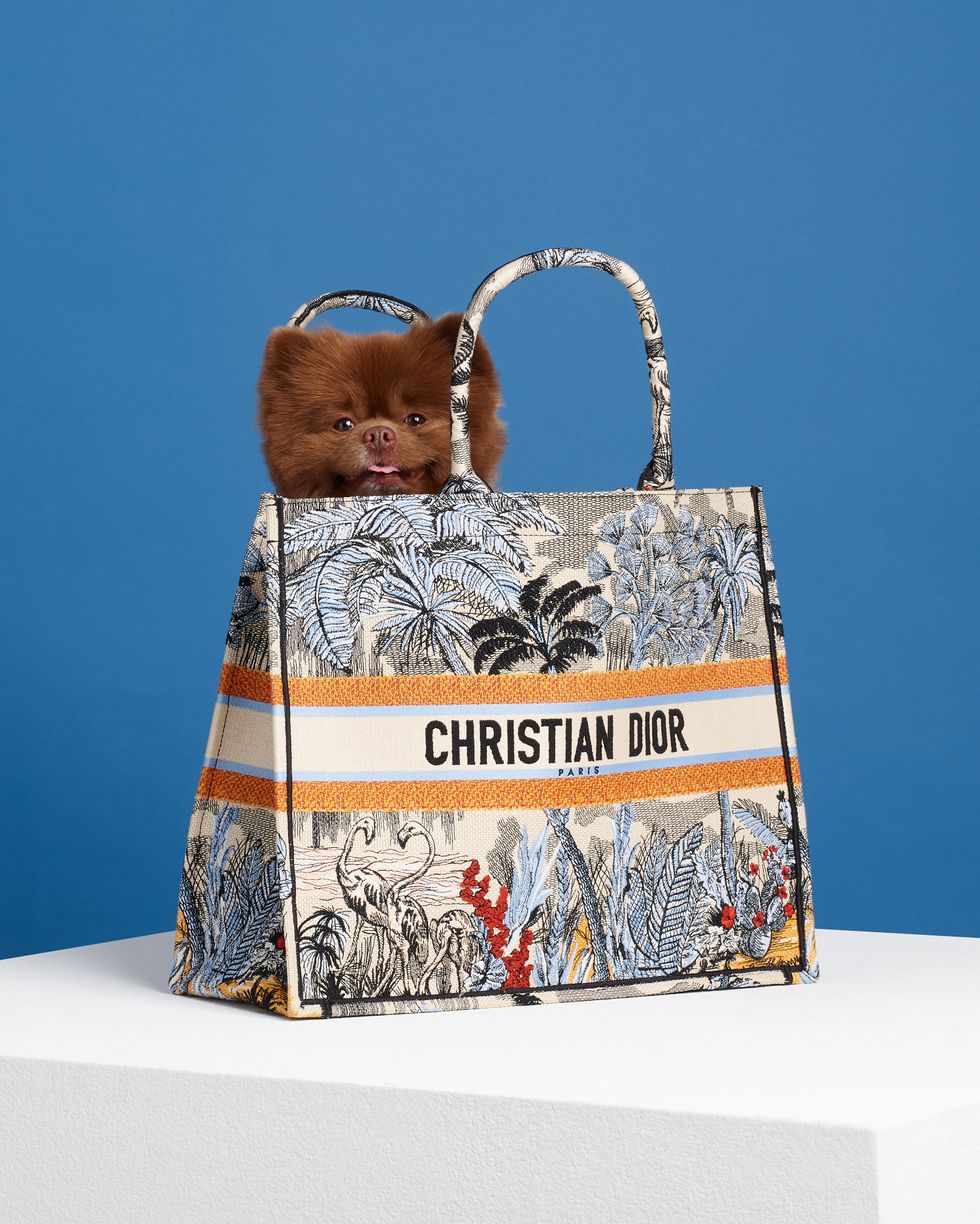 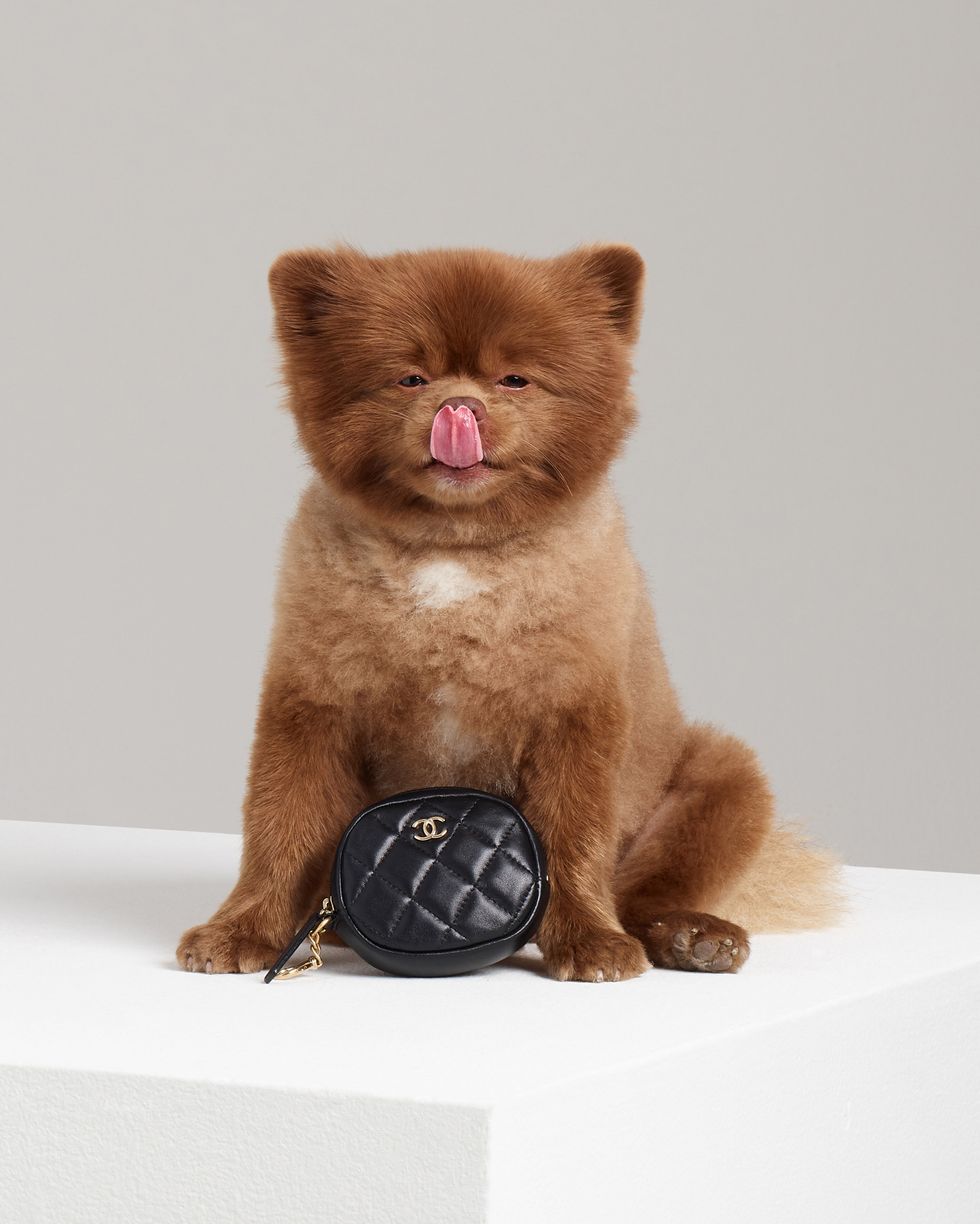 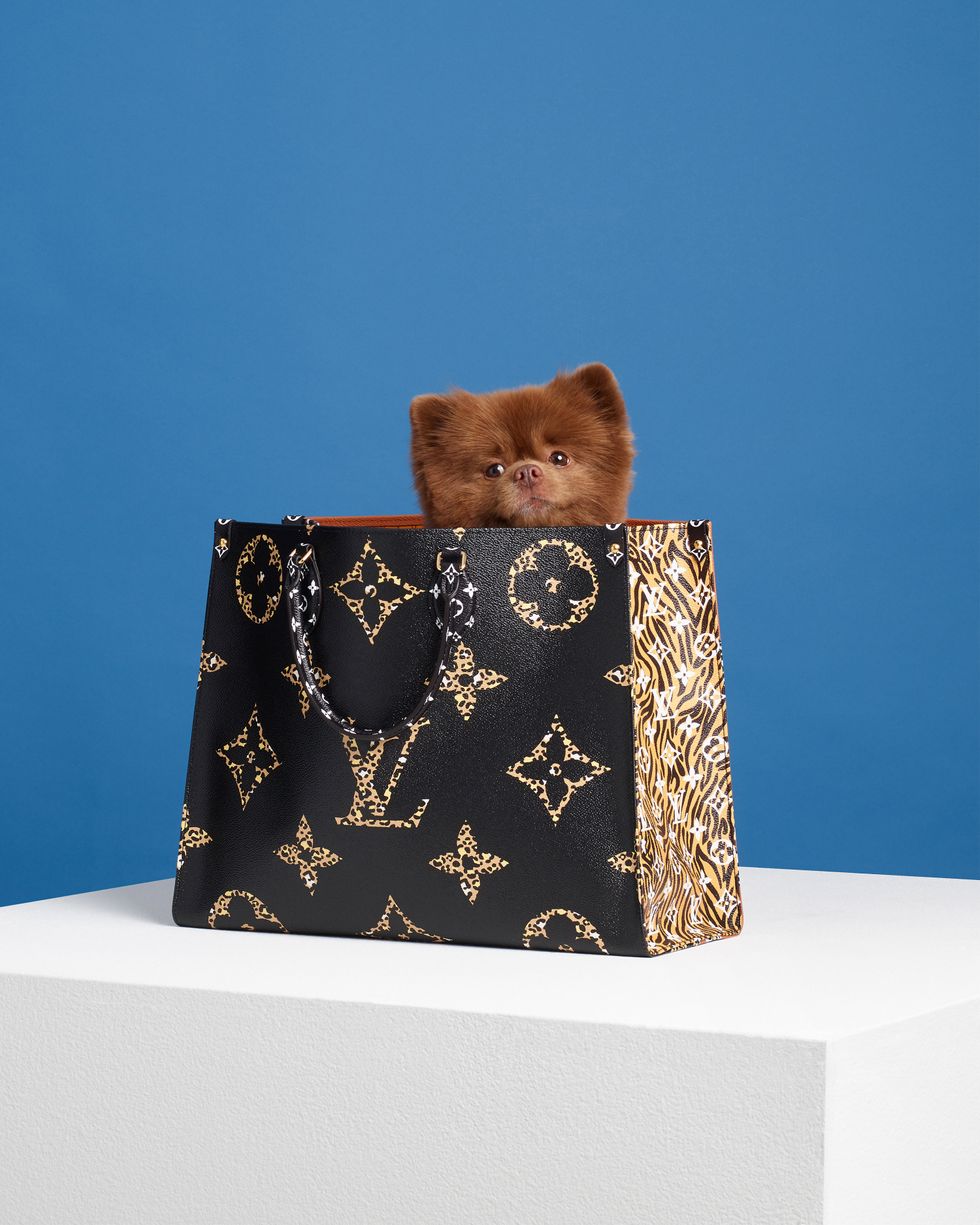 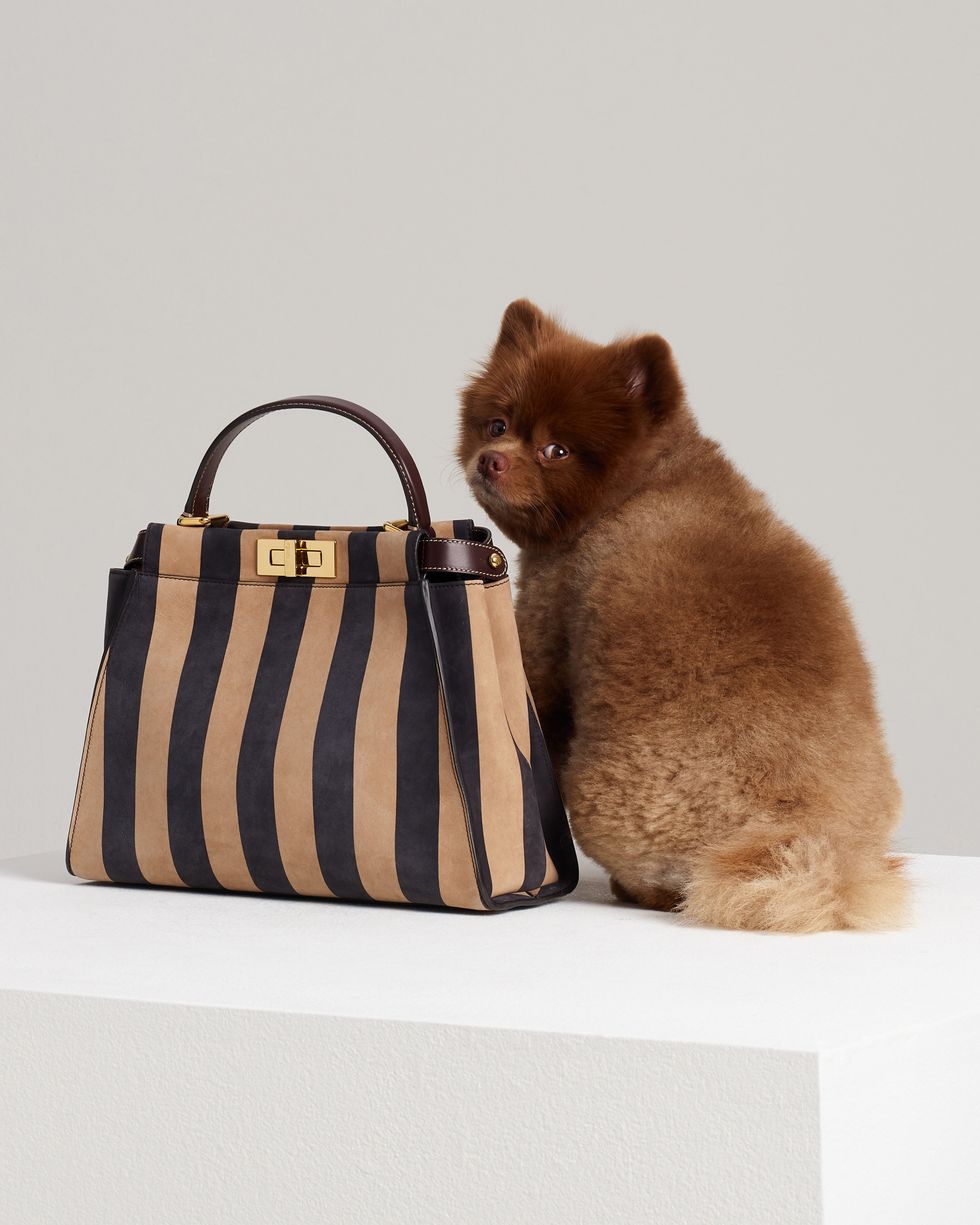 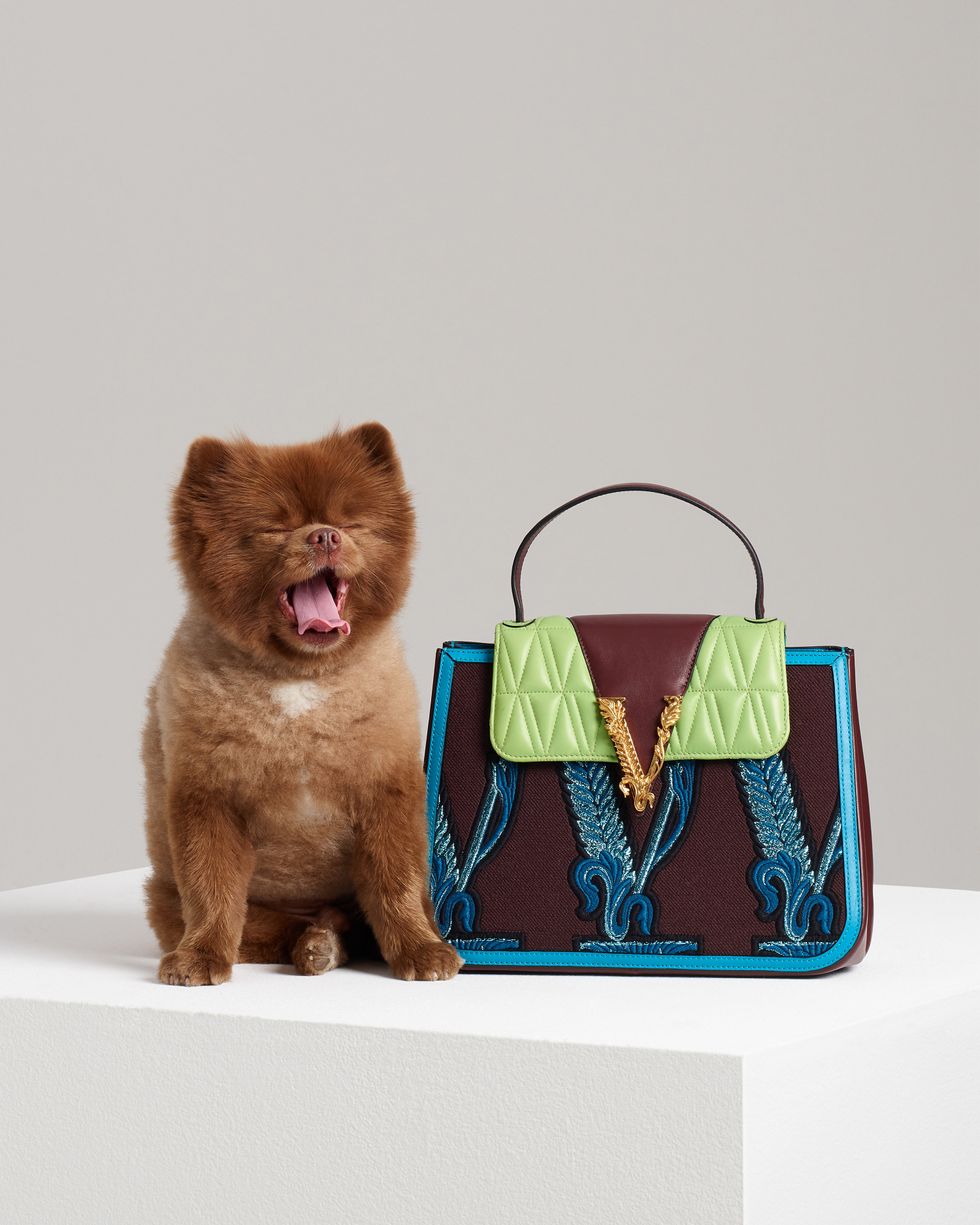 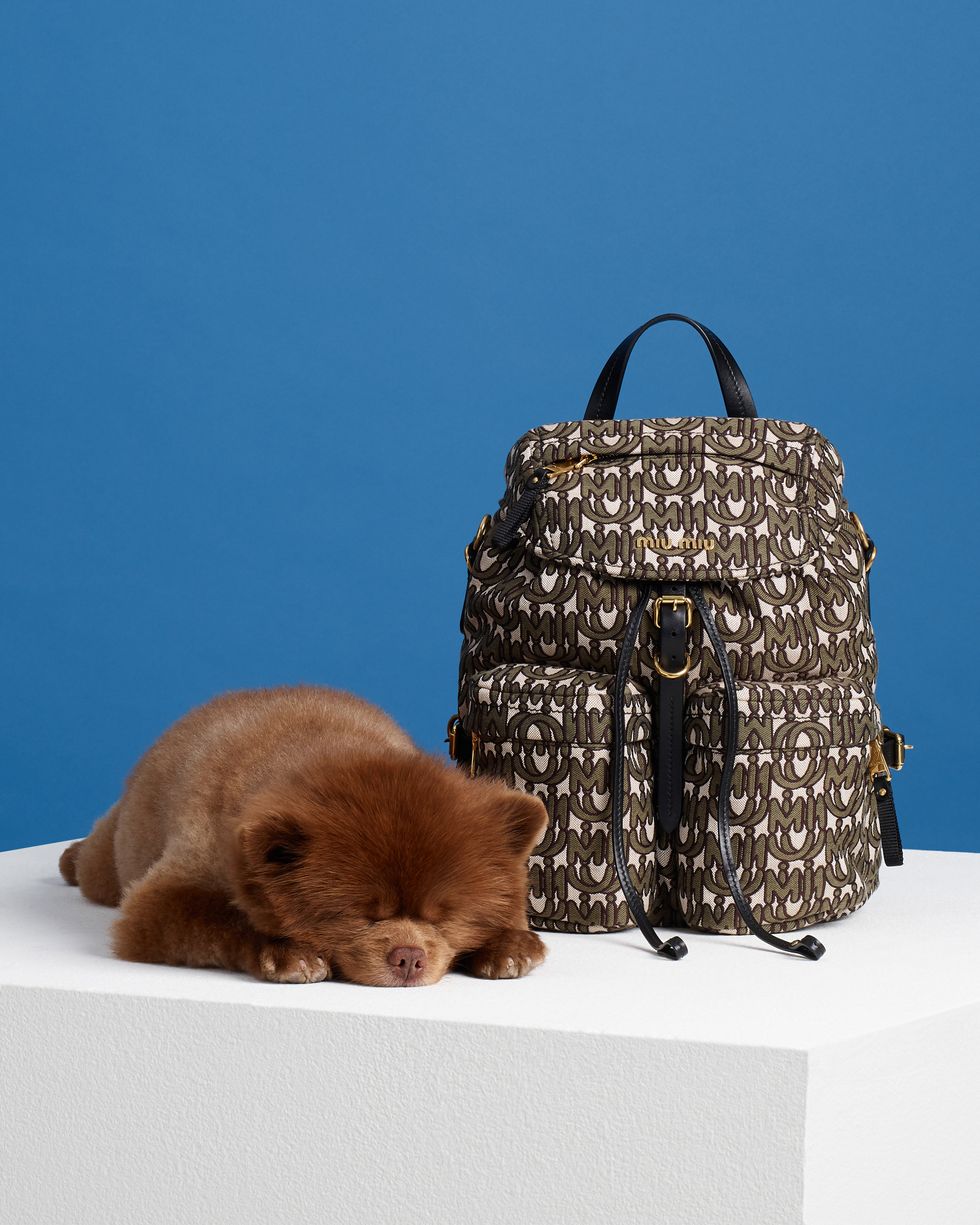 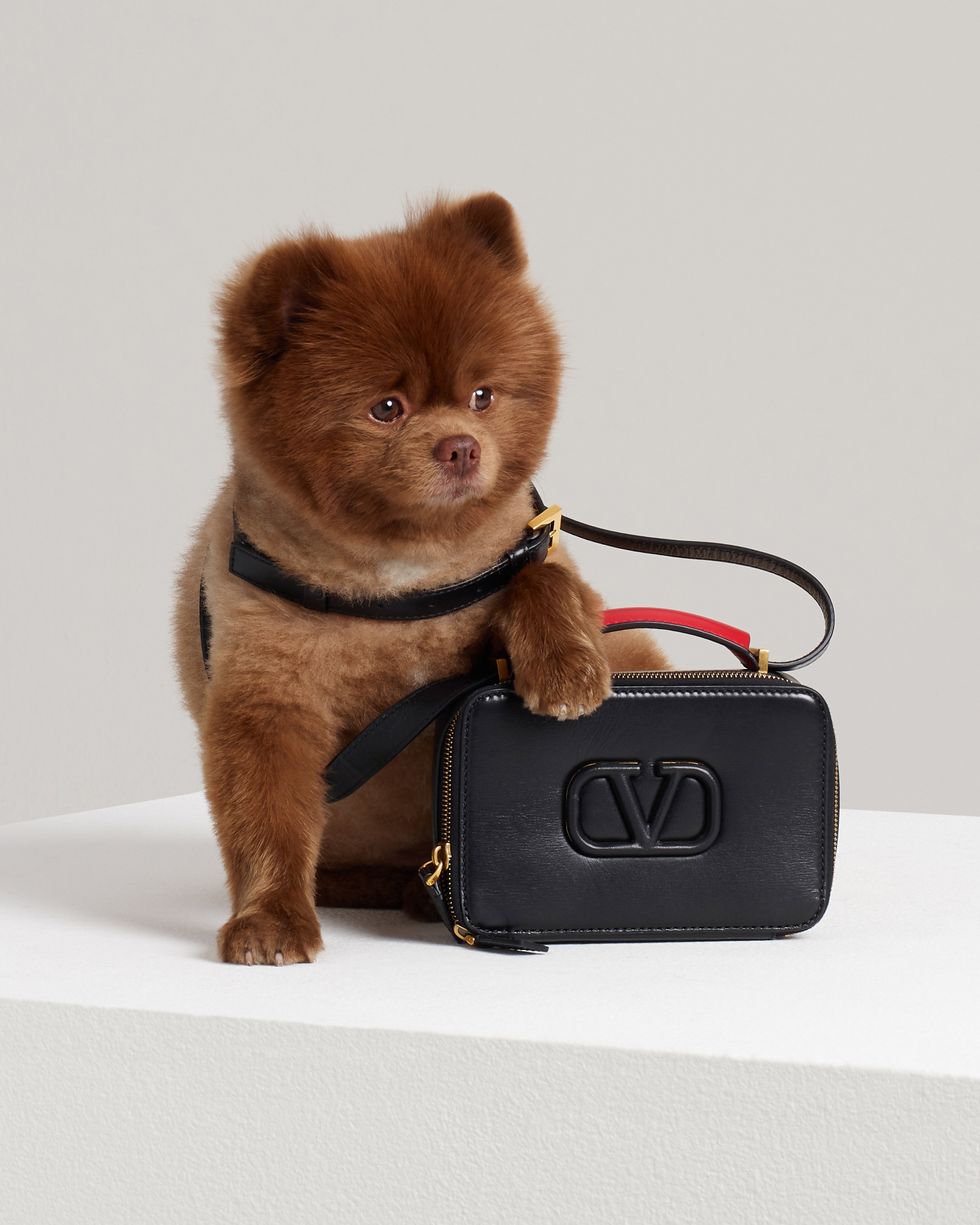 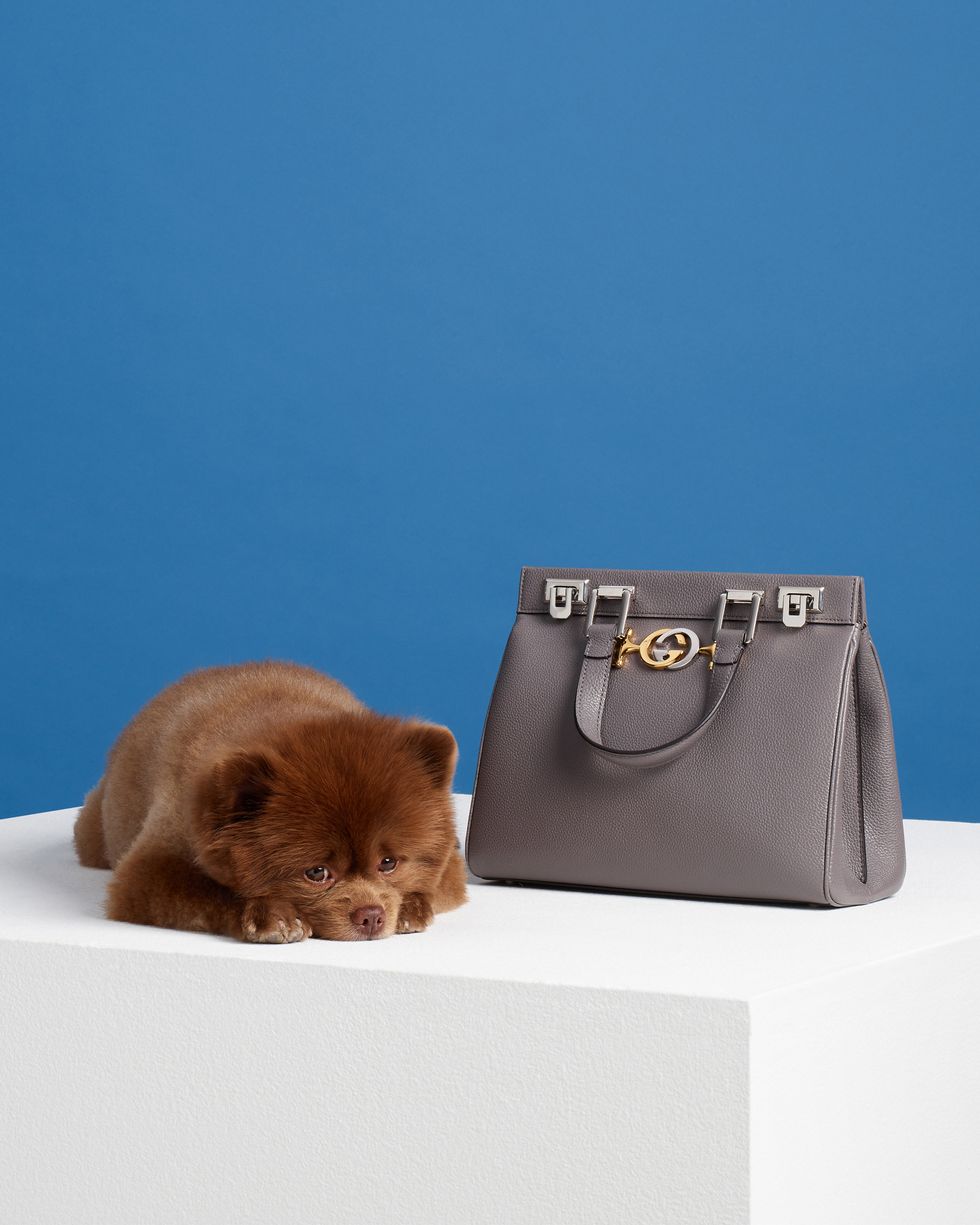 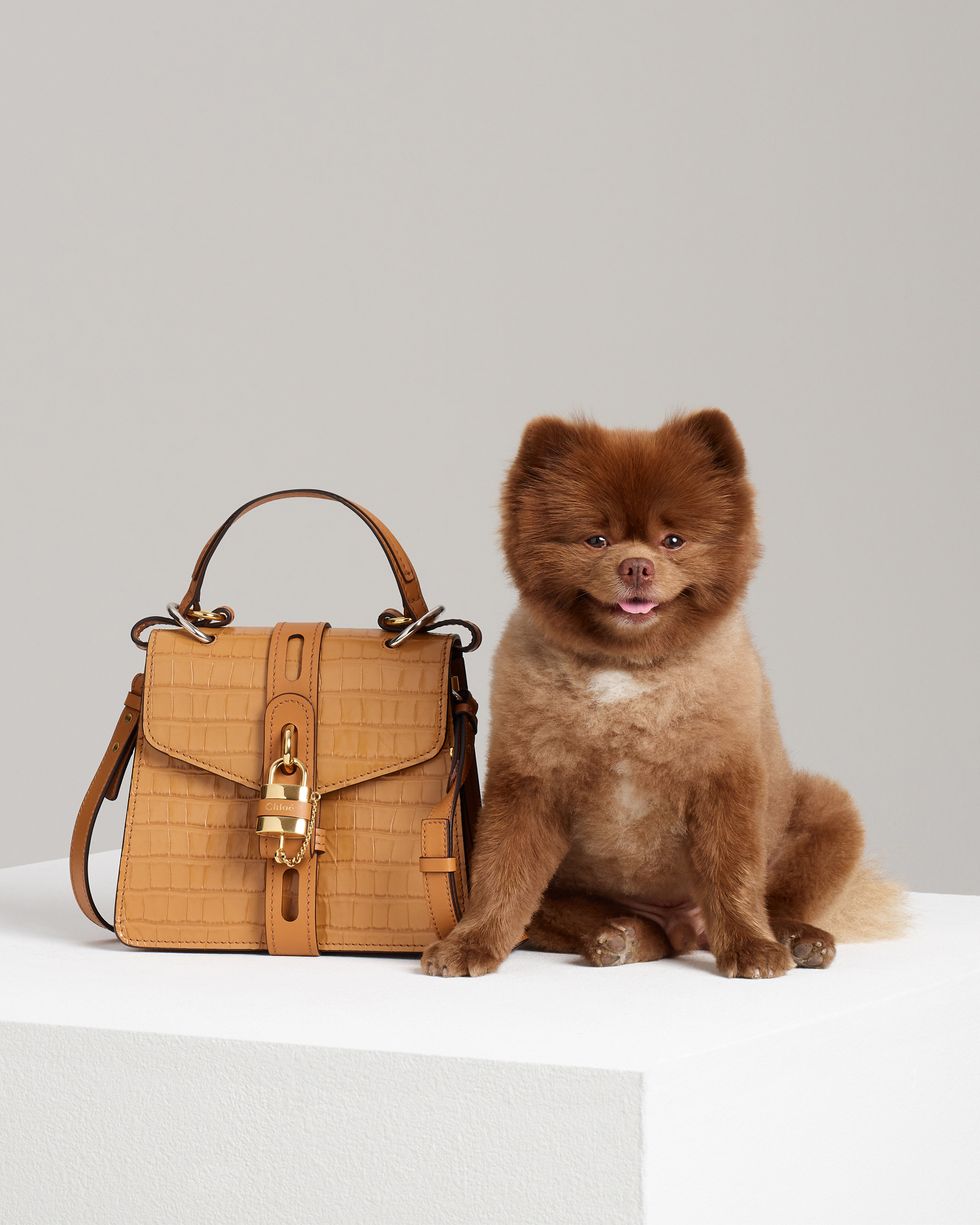 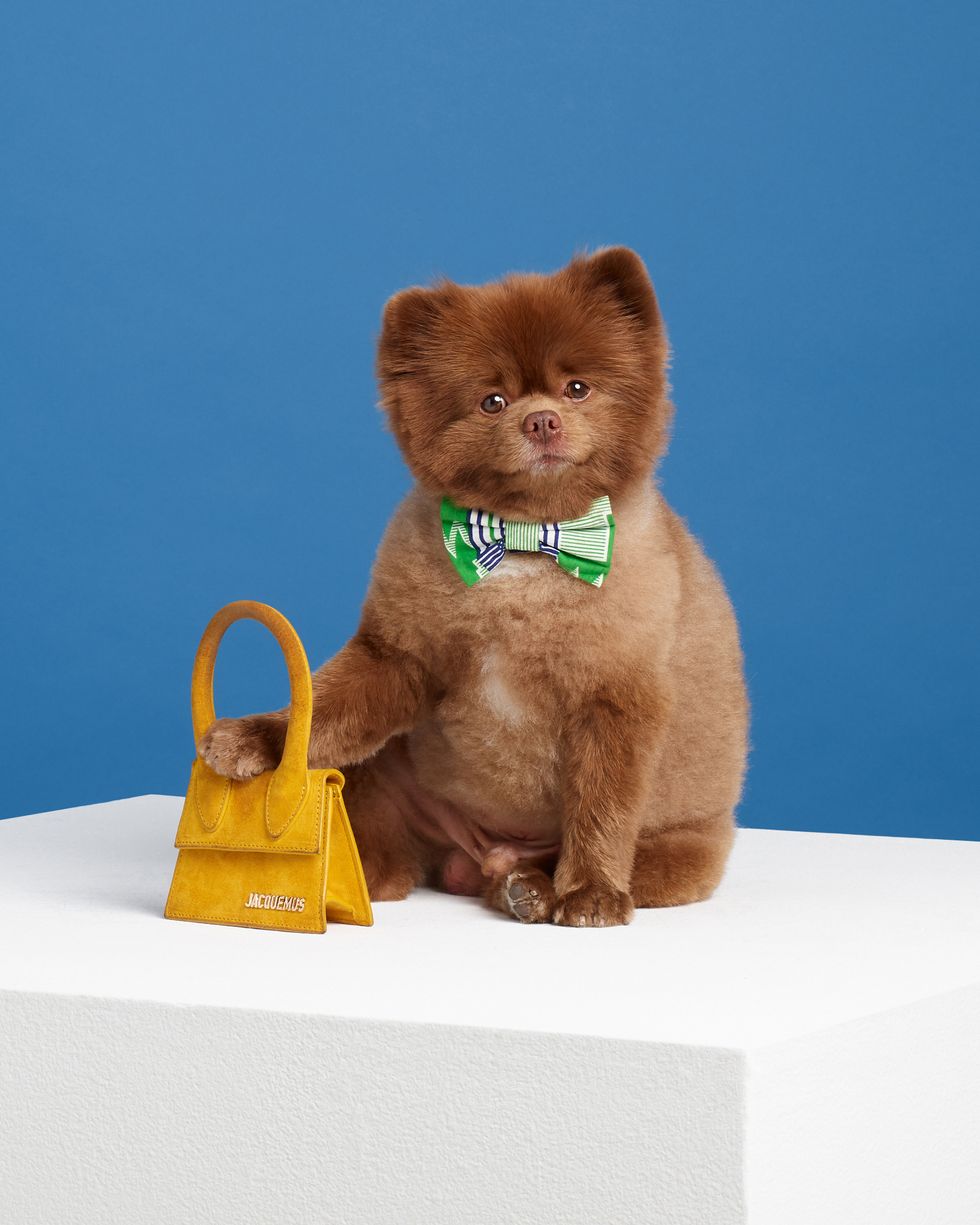 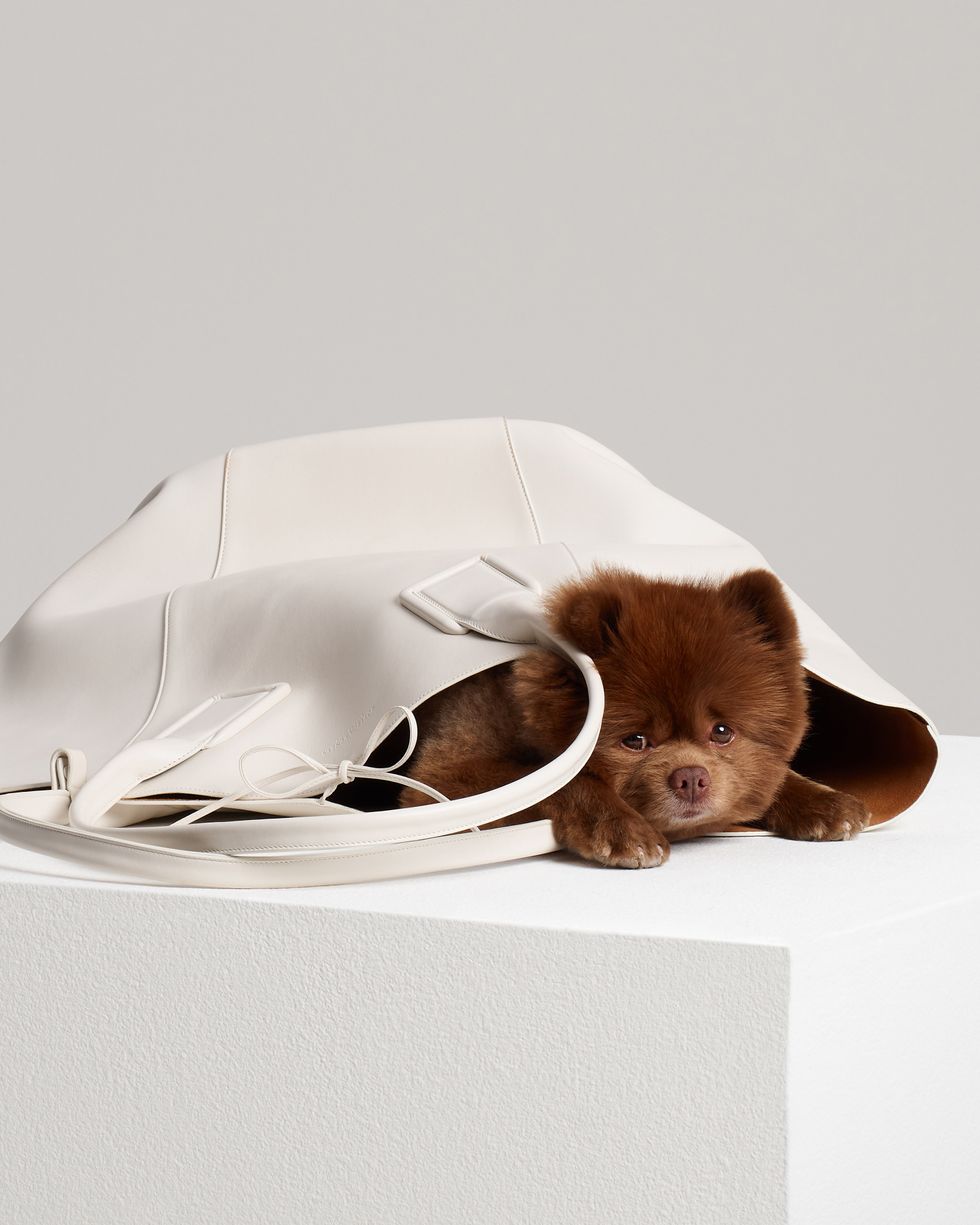 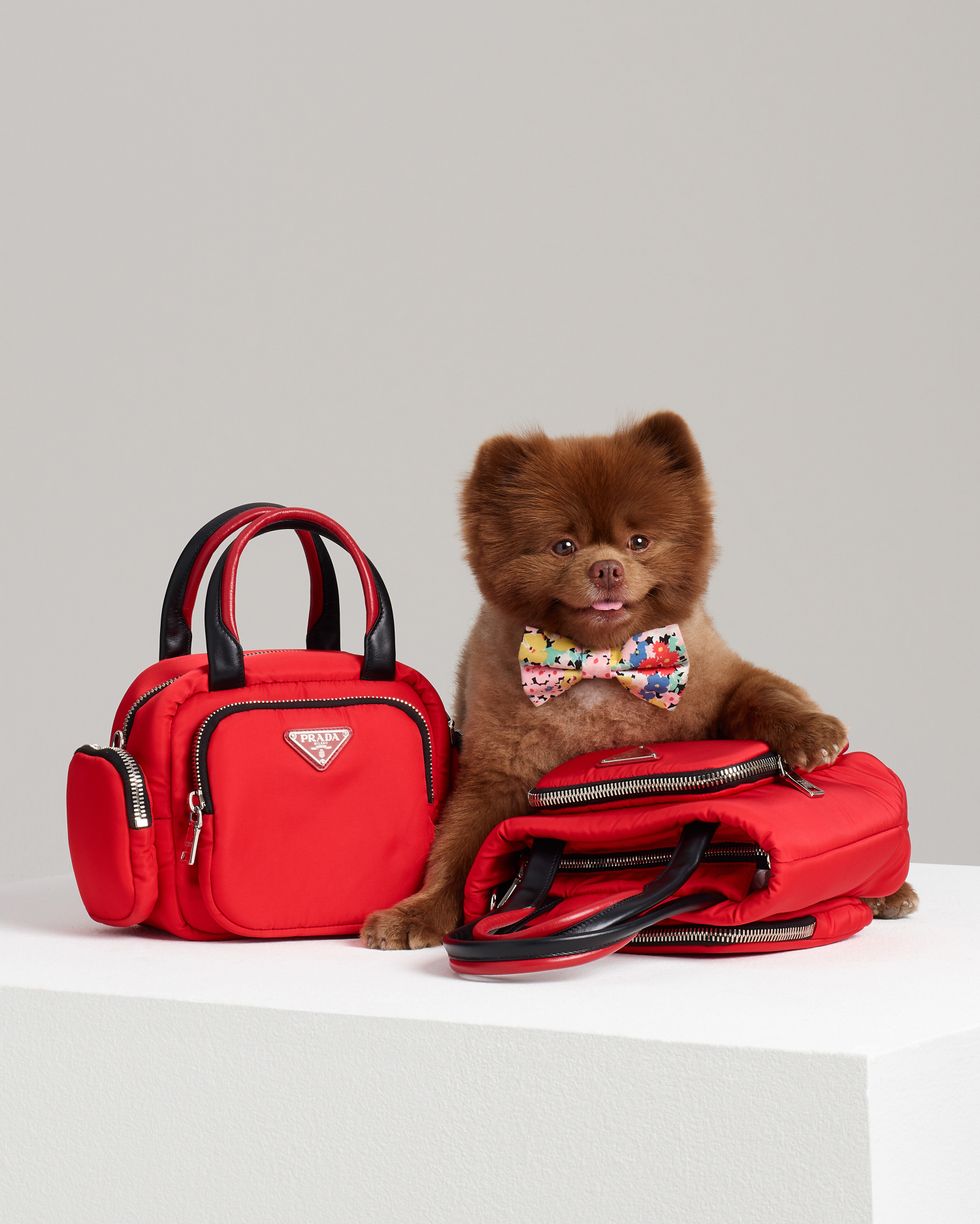