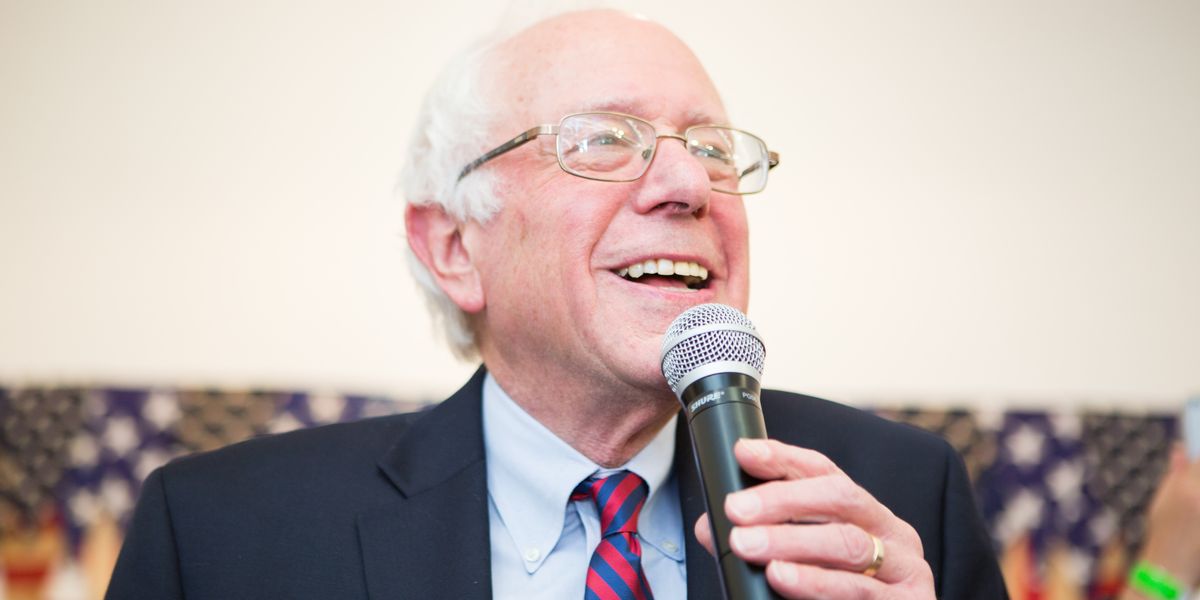 Bernie Sanders Steps Back from Women's Convention After Backlash

Last week it was announced that Bernie Sanders would give the opening night speech at the upcoming Women's Convention in Detroit, and the backlash to that decision was immediate and immense. The announcement sparked a heated debate among feminists, with those in favor arguing that his favored policies (single-payer health care, higher minimum wage) are pro-women, with critics arguing that that opening night spot should have been given to a woman (and that some of Sanders' other political stances are anti-women).

It was suggested (and in some cases, demanded) by detractors that Sanders step back from the convention, and now he's done just that. In a statement issued by his office yesterday afternoon, Sanders announced that he's decided to back out of the convention and instead head to Puerto Rico.

"I want to apologize to the organizers of the Women's Convention for not being able to attend your conference next Friday in Detroit. Given the emergency situation in Puerto Rico, I will be traveling there to visit with San Juan Mayor Carmen Yulín Cruz and other officials to determine the best way forward to deal with the devastation the island is experiencing. The U.S. Congress cannot turn its back on the millions of people in Puerto Rico who, four weeks after the hurricane, are still without electricity, food and running water."

The organizers of the Women's March (who are also responsible for the convention) issued a statement thanking Sanders and saying they understand his commitment to Puerto Rico:

There is still one male speaker left.