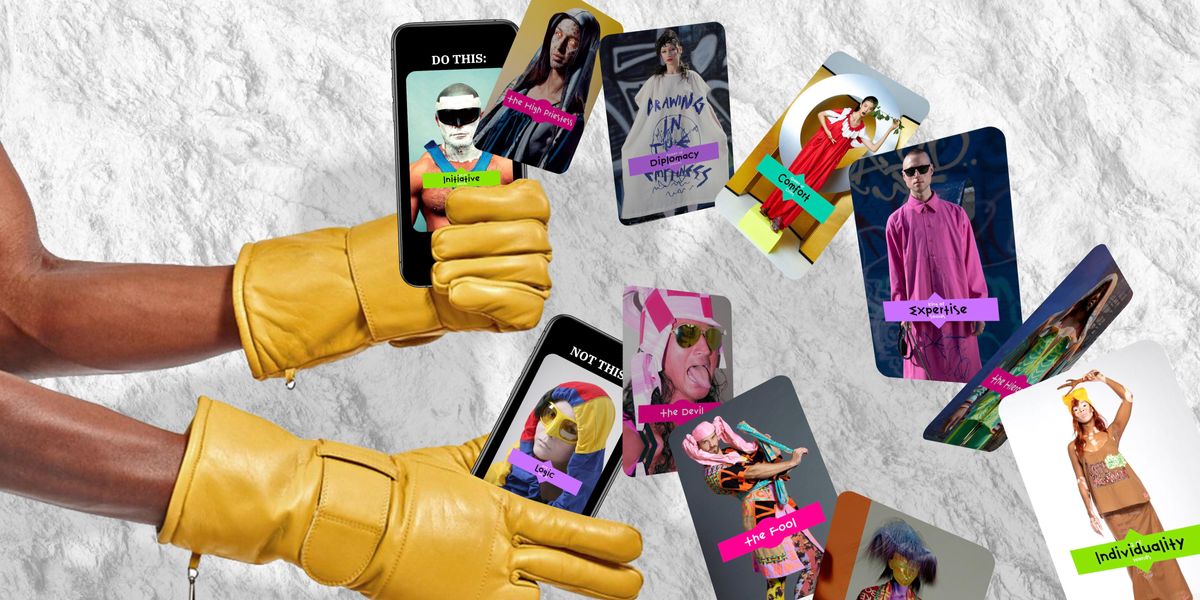 Uncertain times call for trying new things, especially in a pandemic when you're just waiting around restlessly to see how the future will unfold. It turns out there's actually an app for that: German fashion designer Bernard Willhelm has teamed up with digital creative Andrew Sinn to launch a Tarot App designed to keep users motivated.

The designer's move to bring Silicon Valley into fashion — his first venture into the tech world — is not surprising given his unconventional methods of presenting collections such as installations and performances. (He's worked with everyone from Alexander McQueen to Vivienne Westwood and started his own line in 1999.)

And his app is no different. Serving super artsy arcana cards with photography of Willhelm's designs as well as imagery that breaks gender barriers, the Tarot App focuses more on inducing a self-introspection experience for users and offering them creative life solutions, rather than the generic, sketchy fortune-telling you see elsewhere.

The cards are given affirmations like "tackle your problem" "realize your dream" "take initiative." Additional features include "card of the day" and reading spreads varying in complexity that will keep users entertained for days. To download the Bernhard Willhelm Tarot App check out the App Store.