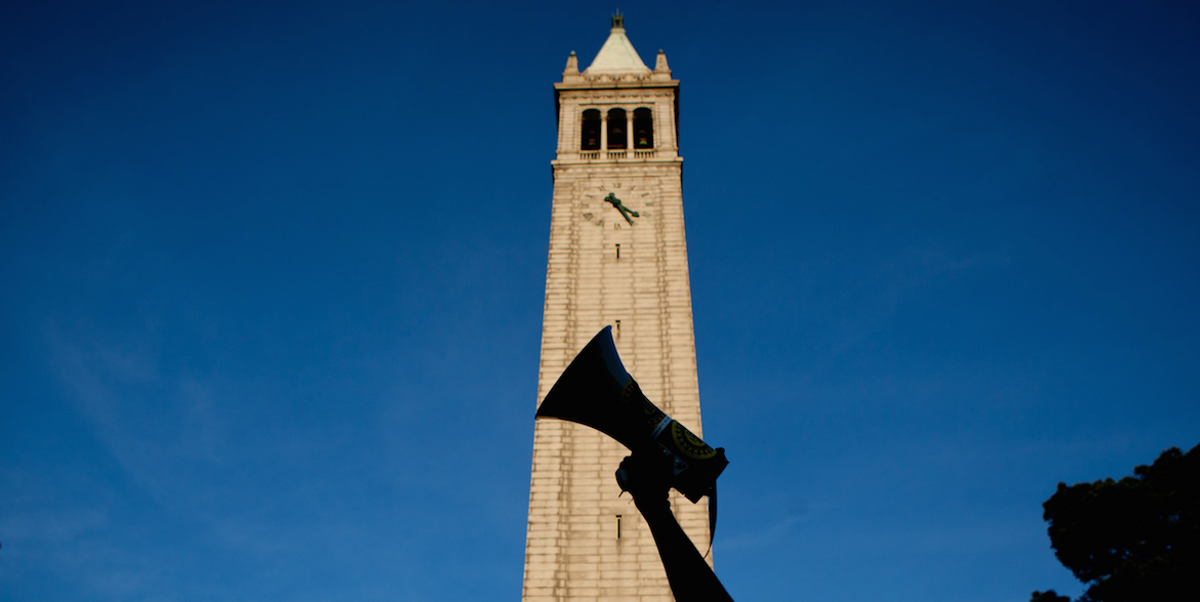 The investigation into the sexual harassment claims of the assistant to the former Dean of Law at the University of California, Berkeley, Sujit Choudhry, against her boss has officially ended, with the university coming to a disciplinary decision that sounds like no discipline at all, really. Quelle freaking surprise.

According to a settlement agreement between Choudhry and the University, Choudhry will reportedly remain in "good standing" with Berkeley as a faculty member with his own office until he "voluntarily" steps down next year. He will not be charged, and will be dropping his suit against the school. While he won't be teaching in his final year, he will still receive funding for research and travel reimbursements which total to just under $100,000 dollars. "This is a reflection of the university once again not taking this issue seriously, and it's a reflection of privilege breeding privilege," Sorrell's lawyer, Leslie F Levy, said to the Guardian in an interview.

When the allegations of Choudhry kissing, messaging and caressing assistant Tyann Sorrell as well as other female employees came to light, the university decreased his pay by 10 percent – from $472,917 to $373,500 – and he was forced to write a letter of apology to Sorrell. (Choudhry also penned a column defending himself where he cited an email from Sorrell saying, "I know you don't mean anything by it, other than, perhaps, a warm and friendly greeting." The Berkeley Office for Prevention of Harrasment and Discrimination report cites an email that says "she was 'upset' with him, and that his conduct caused her a 'significant amount of stress and anxiety…for a very long time.'")

When Sorrell questioned why a man who had been accused of sexually harassing his inferiors was allowed to remain in his position, Executive Vice Chancellor and Provost Claude Steele responded that any further action would "ruin" Choudhry's career.

"This deal insults all who suffer harassment at the hands of those with power and privilege," Sorrell said in a statement following the settlement.

This article's headline and body has been updated to reflect that Professor Sujit Chaudhry did not admit to sexual harassment of his assistant.