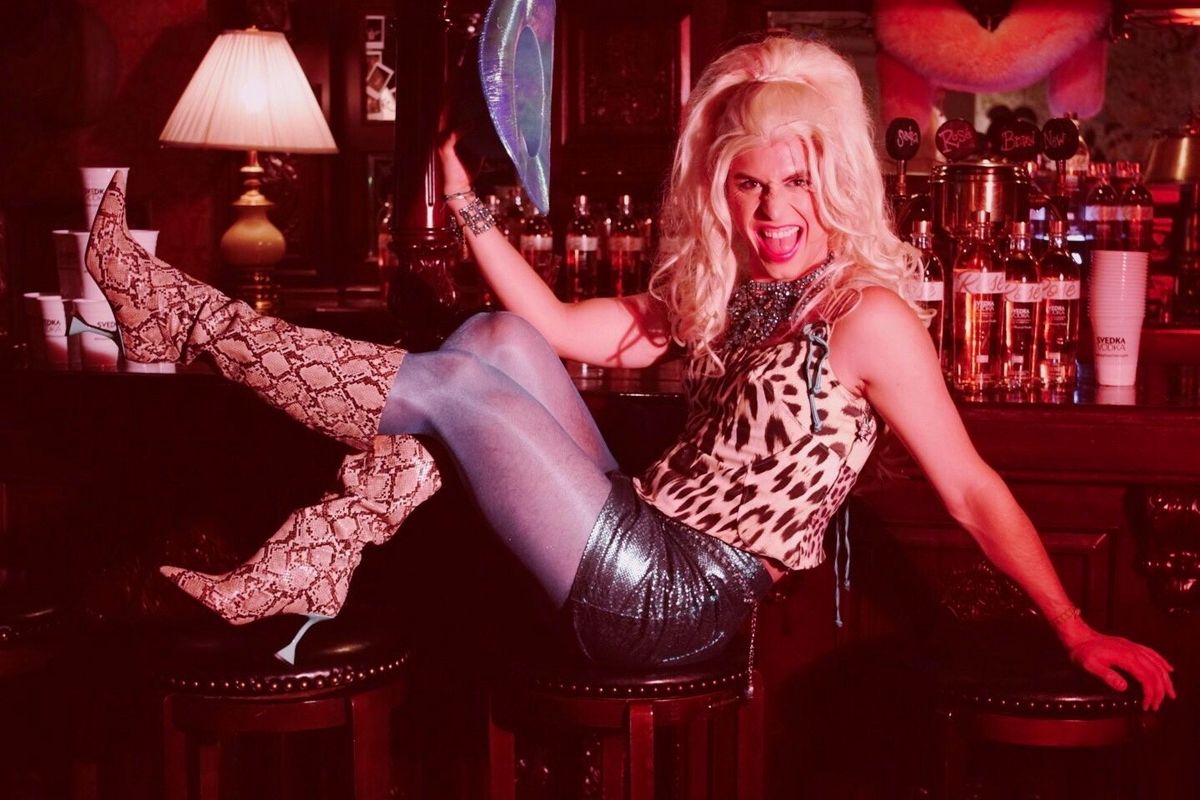 Multi-talented entertainer and everyone's favorite social media comedian, Benito Skinner, aka Benny Drama, is back again, this time with his first ever music video for a new single, "Brand New."

Created in partnership with SVEDKA Vodka's newest summer varietal, SVEDKA Rosé, Benny has pulled Benita from his impressive roster of eclectic characters — a sexually liberated, pop-star wannabe who unashamedly loves rosé — as the official credited artist for "Brand New." Sung as an all out call to breaking free from preconceived notions, Benita certainly doesn't care if your truth is a deep seated love for rosé and/or vodka. Sashaying about Coyote Ugly-style in a softly pink-lit speakeasy, Skinner as Benita (styled by celebrated NYC tastemaker Gabriel Held), absolutely drips in vintage gem-studded Roberto Cavalli catsuits and gowns as she lays across the mahogany bar and pours herself her own drinks . Skinner is in rare form here, channeling Benita's powers in a big way.

PAPER spoke with Skinner about "Brand New" and the importance of keeping queer people involved in creative projects.

PAPER: How did SVEDKA approach you for this project?

I had worked with them before on another video, and I was really impressed with them even back then because they were all about creative people being authentic with them. I think as an actor, that's exciting to hear from a brand. You usually get companies telling you to "be creative," but then they give you a ton of limitations. That didn't happen here at all, and I think that's rare.

What's the concept for the video?

Originally we wanted to touch on the basicness of rosé, and then the SVEDKA team challenged me to make a song for it. Which I was excited for, because I was interested to see how my characters would work within the limitation of one single item. And I actually thought of the song pretty easily, pretty organically. It surprised me!

Visually, these pop icons I reference all the time are powerful women I feel like I grew up with. So obviously Coyote Ugly was a big one here, and Thelma & Louise, also Romy and Michelle. And then we love a Britney "Toxic" moment. And Marilyn Monroe, a la "Diamonds Are A Girl's Best Friend"-type of energy. I really wanted to show aspects of these female characters that feel super empowered and like being wild and like being those bitches!

And why Benita, of all your characters?

Well I've used her before on my track "FROSTY THE FUCCBOI" so I've sort of made her my de facto musical girl. Like, she's a rocker chick and she's also a nice country girl. She's honestly a lot like Miley Cyrus! She's having fun, she's always living!

Where was this fantastic thing filmed?

It's actually this really interesting space in Flatiron. This company builds sets on the 12th floor of an office building. I found it online and it just worked perfectly because I wanted this very Coyote Ugly, kind of '80s Aerosmith look to the video. I just thought it would be so fun to have my girls in a pub, but then they're drinking vodka rosé instead of like, Bud Light. I liked the juxtaposition, it was such a random location.

Is music an untapped talent of yours?

Oh my God, it truly is not. Admittedly, I am not a musician. But Sean McNary, who produced the song, he was very helpful and helped me to hit at least a few notes. But I love singing when I'm doing a character, that's really fun. But there is no EP on its way out! Benita feels like a rock star anyway, so that's enough. That's why it's on Spotify under Benita's name, and not my own. Because, in a way, it's really not me!

And I have to shoutout my team for this project. They're all LGBTQ people, and I think it's important to note that "Brand New" and this video are great examples of what can happen when you give queer people space to make something really fun and don't put limitations on them!

Check out exclusive behind-the-scenes photos from the set of "Brand New" below: