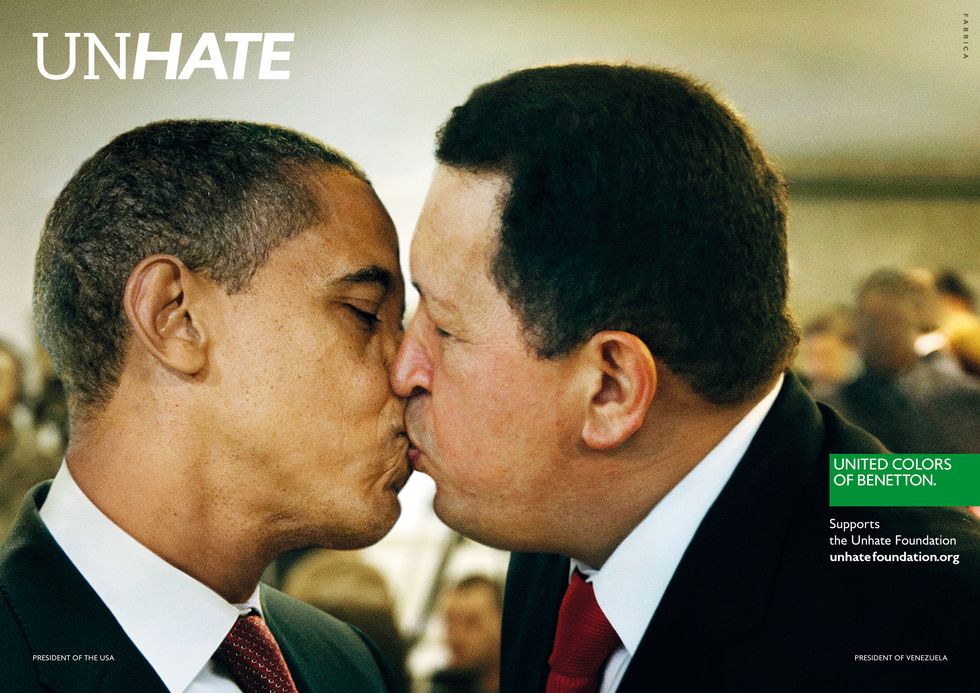 Benetton's provocative new "UnHate" ad campaign featuring world leaders, including President Obama, kissing their adversaries on the lips is already ruffling feathers -- the Italian clothing brand just withdrew an image of Pope Benedict XVI and Egypt's Sheik Ahmed el-Tayeb locking lips after drawing the ire of the Vatican. Now the White House is also speaking out against the ads (one ad shows Obama kissing Venezuelan President Hugo Chavez and, in another, he's locking lips with Chinese President Hu Jintao). In a statement released today, White House spokesman Eric Schultz said, "The White House has a longstanding policy disapproving of the use of the president's name and likeness for commercial purposes." In January, the White House had the Weatherproof Garment Company take down a billboard of Obama wearing one of the brand's jackets. Benetton, however, seems unconcerned. When reached for comment via email by PAPER, Carlo Tunioli, president of Benetton USA, said, "'The Obama ads' will keep coming..." So there you have it! Start stocking up on chapstick and breathmints, White House. There's supposedly more kissing to come.

Listen to the Obamas' Summer 2019 Playlist