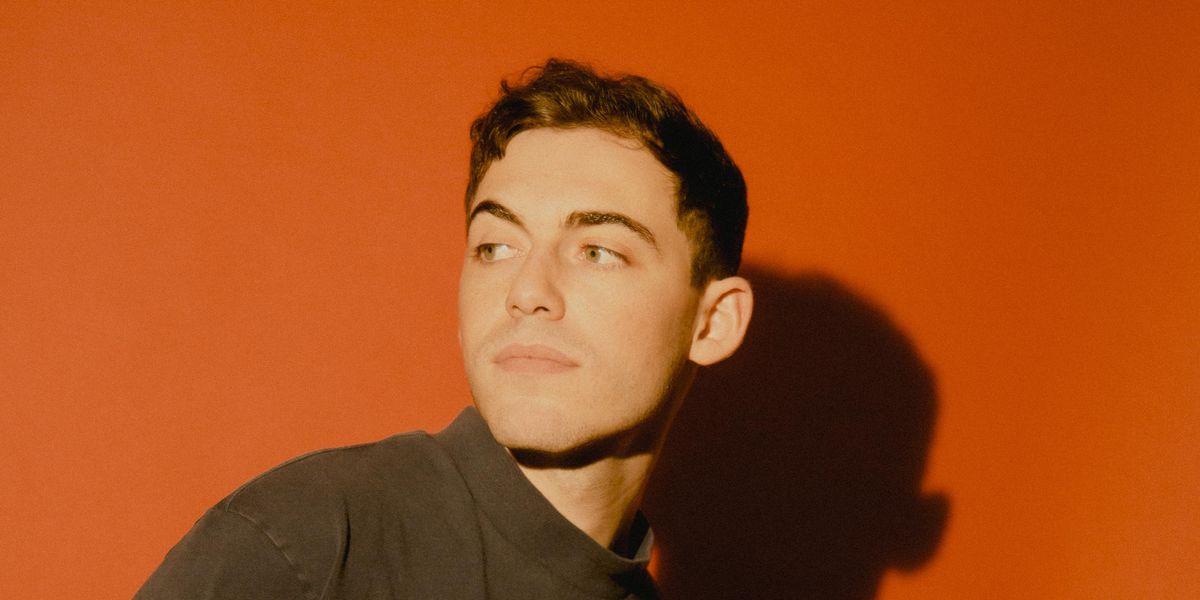 Just a few weeks after Ben Kessler released his debut EP, Cruise Control, the Philadelphia songwriter and producer is back today with a reimagination of his 2019 single, "Known Like This," by Linkin Park's Mike Shinoda. The original track, which was slightly slower and dramatic, got remixed live on Twitch by Shinoda, who attracted more than 30,000 viewers on the site's homepage — a high for Twitch Music.

"I think Ben Kessler is a remarkable talent who a lot of people are about to discover," Shinoda said, explaining his bright, pop-inflected transformation of the brutally honest, self-aware song. "This track has been a highlight of my Twitch channel productions so far."

For Kessler, Shinoda's update is an unexpected career high. "I wrote 'Known Like This' in 2019 about feeling insecure about myself and uncertain about my music," he said. "I never could have imagined one of my biggest musical influences would later create his own version of the track."

Similar to "Known Like This," Kessler's entire Cruise Control EP is full of nuance, as he tackles complex subjects, from anxiety to uncertainty and love. And while these loaded ideas can be difficult to process, Kessler put in the work to make them relatable with straightforward lyrics and shiny pop instrumentation that cuts through the bullshit.

Listen to the Mike Shinoda Mix of Ben Kessler's "Known Like This," above, and read the musician's track-by-track breakdown of Cruise Control, below.

I wrote "Cruise Control" with my friend Jonah Shy on my last day of college early last year. I didn't expect to graduate into the world in the middle of a pandemic and I wasn't prepared to lose all the constants that had defined the previous four years of my life. The song is partly a confrontation of my anxiety about change and uncertainty, and partly an affirmation that everything will figure itself out. My original production was safe and mellow and organic and not too memorable — the song was lost on my hard drive for 6 months.

It wasn't until I finished writing the rest of the EP and stumbled on "Cruise Control" that I realized lyrically and melodically it was the more mature older brother to the rest of the music I had been writing. So I took my vocal from the original demo and spent a day throwing in samples I had collected for the rest of the EP. I fell in love with this really gritty Daft Punk-esque bass patch that I couldn't place anywhere else on the EP, so I gave it its own moment in the last drop section. I love how that section came about accidentally, but it now feels like the theme of the entire project.

I recorded and pitched down this vibey percussive strumming thing on this ukulele I've had my entire life and never really played. I spent a couple days fighting with myself for concepts. I couldn't write a lyric without immediately thinking about how it would be perceived. I was so frustrated by how much of my headspace was consumed by how other people would react that this idea became the entire song. I think I'm getting better at living with blinders on and doing shit that I think is cool just because I think it's cool. But there's something addicting to trying to be everything to everyone.

"Love You Now, Love You Later"

I wrote "Love You Now, Love You Later" with one of my best friends, Camden Mueller, who is an incredible artist and writer. It was the first song I wrote after moving home from Nashville at the start of the pandemic. It started as a song about a relationship falling apart, but it grew into a love song for my friends that I haven't seen in a while. I tend to overcomplicate my writing, so I love how succinct and true this lyric is: "If I love you now, I'll love you later."

"It Could Be Worse"

I started this song with the line, "Had a dream last night I was dying/ Woke up today feeling like I'm home." I love the idea that the darkest days are followed by the brightest ones. The song as a whole is meant to mimic the dialogue I have with myself when I'm in relationships — the bouts of anxiety and doubt that I constantly explain away. The song is a downtempo dream-like, stream of consciousness thing, but I think at its core it touches on the same sort of blind faith and optimism that "Cruise Control" has.

Sometimes I feel like I am a different person at home than the person I am when I'm out. It's too easy to put up a facade and hide behind some sort of fake confidence to cover up the more complicated parts of myself. This song is like an admission of guilt and an attempt at being the most honest version of myself.