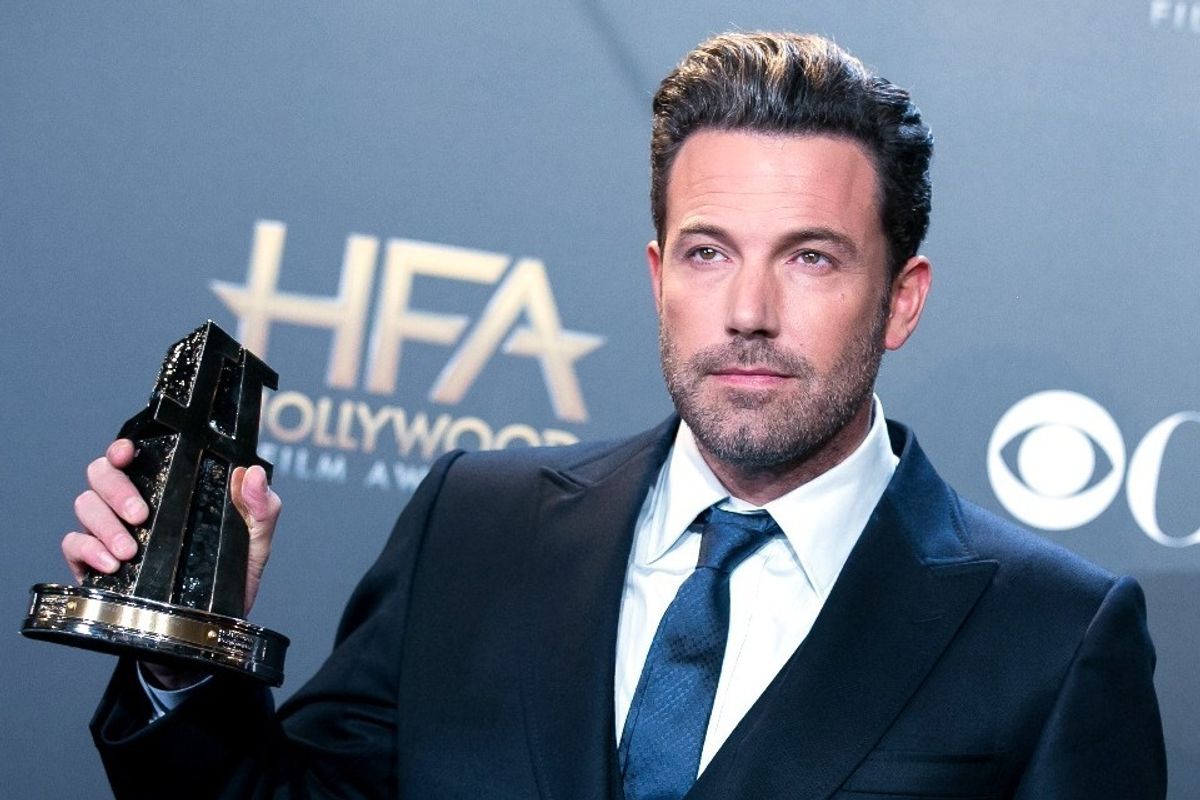 Last night, TMI was the name of Ben Affleck's red carpet game, as he reportedly admitted to looking "like a sick polar bear" in sex scenes.

Speaking to the Associated Press last night at the London premiere for his fourth directorial feature Live By Night, Affleck spoke about the difficulty of directing himself, especially as a main character who, inevitably, has a few steamy bits written in. That said, Affleck's the one who wrote it so...

Either way, he had a good sense of humor about it, admitting that it just...didn't work.

"I just try to make myself look as good as possible. I just think 'What's the most flattering sexual aspect of myself?' and I try to put that in the movie," he jibed, adding, "And you know what? I had to cut it out, it was that depressing. I looked like a sick polar bear." Which means his very hairy self grunts a lot? IDK, you'd think the giant, temporary back tattoo would be the first thing you notice, but...

And while Affleck went on to say that a Trump presidency "will be an entertaining four years" -- because, you know, he's in a position to be optimistic about this whole shitshow -- he at least managed to express his displeasure with Trump's Meryl Streep comments.

"If you think Meryl Streep is an overrated actress, you're probably the least qualified person to comment on acting," Affleck said. "She's, if nothing else, the world's greatest actor."