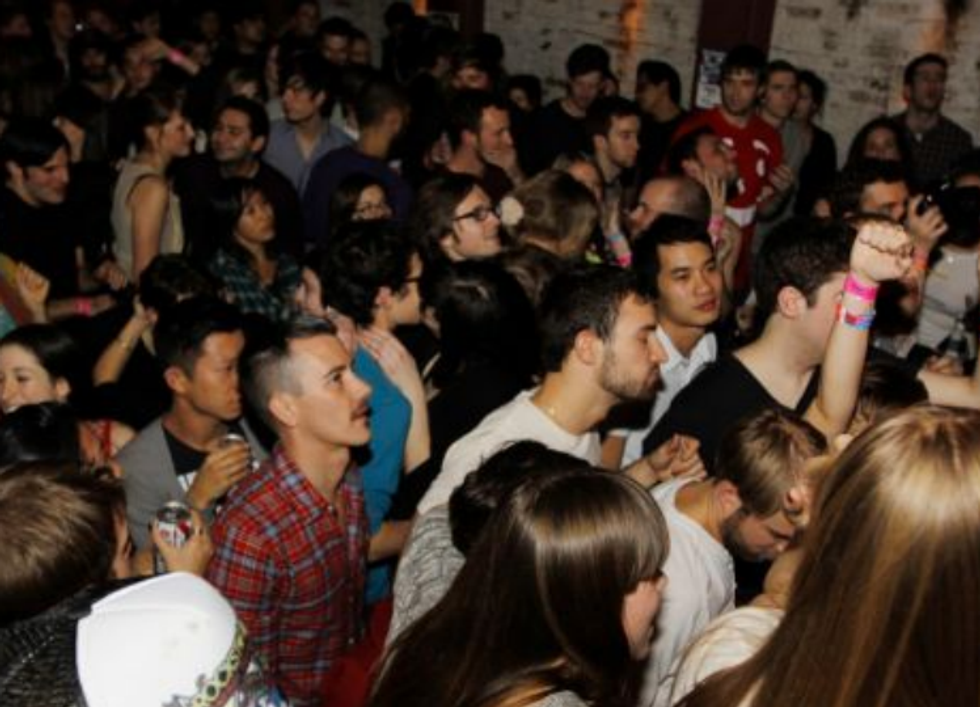 The Brooklyn Electronic Music Festival -- now in its fourth year -- returns this weekend, November 11 & 12, with over 40 acts appearing at multiple venues around North 6th Street in Williamsburg. The artists (just to name a few) set to twist some knobs and scratch some records for throngs of sweaty Brooklynites include Mathew Dear, Lauren Flax, Diamond Rings, Hudson Mohawke, Four Tet (DJ set), Casey Spooner (DJ set), Tittsworth, Tim Sweeney and Jacques Renault.  Also look for art installations by A. Pop, Tom Forkin, David Kirshoff and Beatrice Giovanniello.  The BEMF (as it's awkwardly referred to) will take over the Music Hall of Williamsburg, Public Assembly, The Cove, Cameo, Zabloski's and Brooklyn Bowl.  And if all that isn't enough (or if you get hungry) there'll be a "Parked!" food-truck area and a music workshop sponsored by Dubspot.  For tickets and more info, just go here.