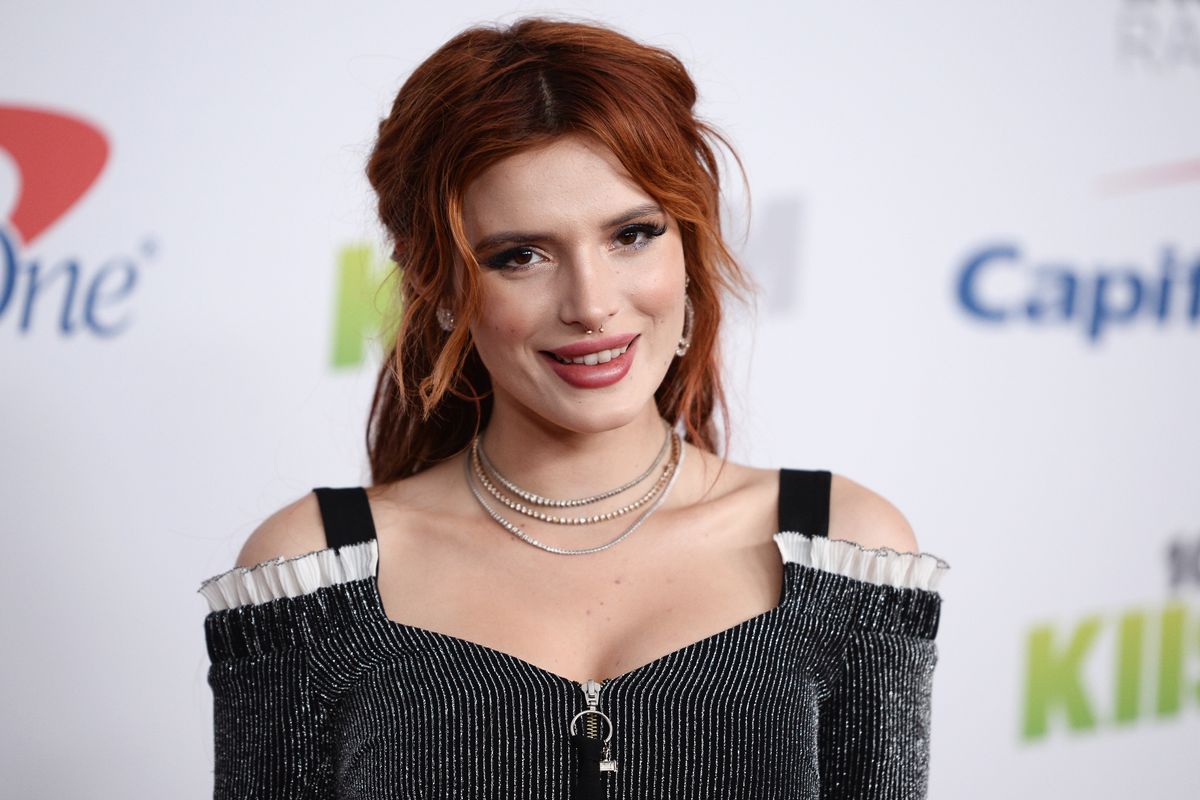 Bella Thorne's had to deal with a lot lately due to her stolen nudes. Unfortunately, it's a saga that's far from over, as she now has to contend with some slut-shaming comments from Whoopi Goldberg.

Earlier this week, Thorne decided to stand up to a hacker who allegedly stole her nudes by posting them herself alongside a long note about reclaiming power over the situation.

"For the last 24 hours, I have been threatened with my own nudes, " she wrote. "I feel gross, I feel watched, I feel someone has taken something from me that I only wanted one special person to see. He has sent me multiple nude photos of other celebs, he won't stop with me or them, he'll just keep going."

Fuck u and the power u think you have over me. I’m gonna write about this in my next book😡😡😡 pic.twitter.com/0Ep0iXgW51

Thorne then ended the note by writing that she wouldn't let the hacker ruin a moment that should be about celebrating her new autobiography, The Life of a Wannabe Mogul: A Mental Disarray.

"Fuck u and the power u think you have over me," Thorne continued. "I'm gonna write about this in my next book. Here's the photos he's been threatening me with, in other words here's my boobies."

And while many of her fans were supportive, one person who turned the situation against Thorne was none other than The View's Goldberg.

While talking about what had happened during the show's "Hot Topics" segment yesterday, Goldberg criticized Thorne's decision to take the photos in the first place, per The Daily Mail.

"If you're famous, I don't care how old you are. You don't take nude pictures of yourself," Goldberg said. "Once you take that picture, it goes into the Cloud and it's available to any hacker who wants it, and if you don't know that in 2019 that this is an issue, I'm sorry. You don't get to do that."

As a result, Thorne responded to Goldberg's comments by posting an emotional Instagram video in which she criticizes Goldberg for slut-shaming and creating an even more toxic situation for her.

Thorne then went on to call Goldberg "crazy" for "thinking such terrible things on such an awful situation," and added that she would no longer attend her scheduled The View appearance, as she doesn't want "to be beaten down by a bunch of older women." Which, honestly, fair.