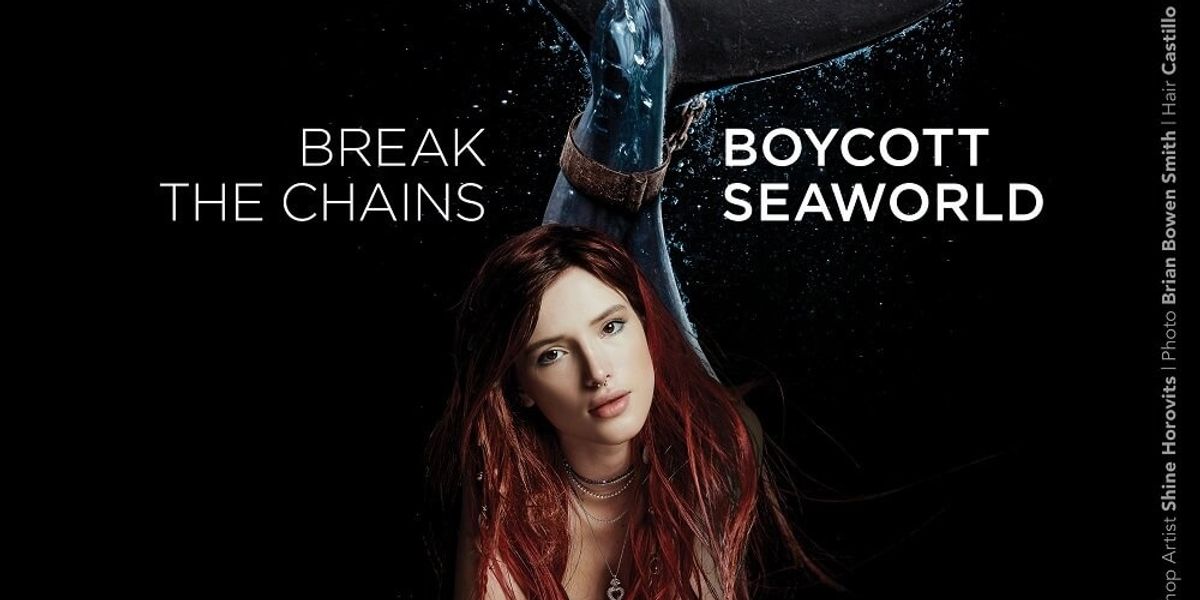 Actress, model, and singer Bella Thorne has had it with SeaWorld. In a new PETA video, she outlines the ways they mistreat whales and suggests ways to help. The accompanying poster, Thorne poses with a whale tale.

"I hope SeaWorld is ready for a lot of shit talking," she begins, her own song, "Bitch I'm Bella Thorne" playing in the background. She shows the PETA team around her house, pointing out her pets and emphasizing that she is an animal lover. Thorne recounts doing a commercial for SeaWorld as a child and, even then, realizing something was wrong.

Related | Bella and Dani Thorne Are Not Your Average Hollywood Siblings

"If you looked it up, you wouldn't ever want to go to SeaWorld," she says. "These beautiful animals are in so much pain. They're taken away from their community, their homes, their mothers, and they don't have a choice. They're locked in there!" She adds that she thinks it's useful to boycott the park, urging advocates to, "show up with your signs and make your point."

PETA writes that in the ocean, "orcas swim up to 140 miles a day, dive to great depths, cooperate with their pods to find food, communicate in their own dialects, and pass their own culture down from generation to generation." They are denied all of this at SeaWorld, where they are forced to live in cramped quarters and are usually separated from their families.

Watch the clip, below: