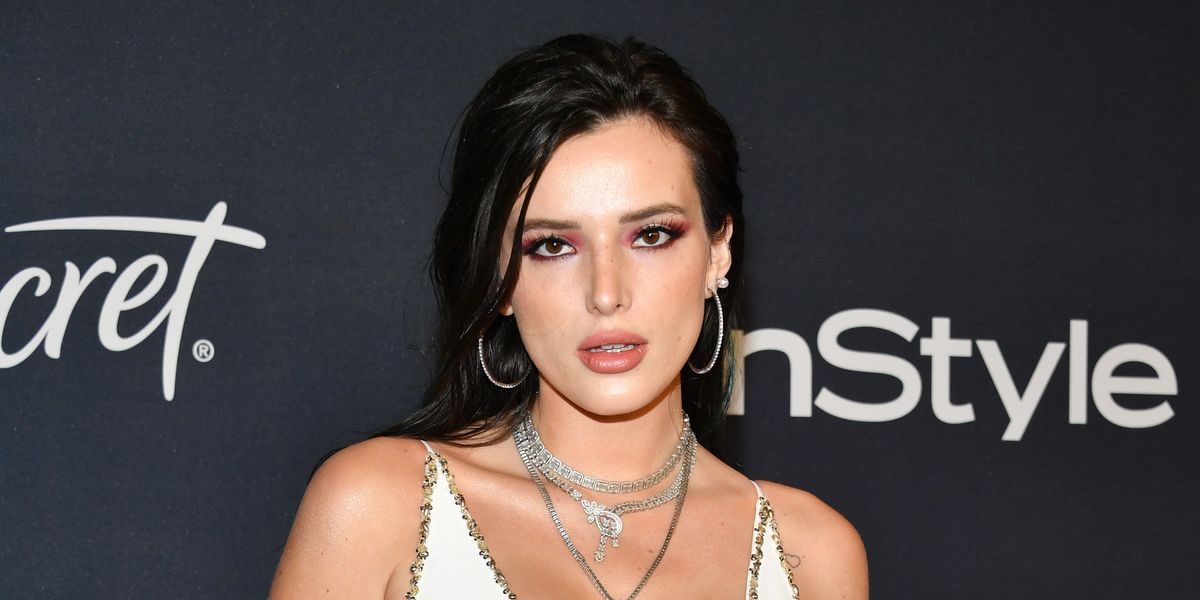 Bella Thorne is under intense scrutiny from sex workers after her record-breaking OnlyFans reportedly resulted in a big change for the platform.

Earlier this week, Thorne made headlines for earning $2 million from the subscription-based adult site where she is charging $20/month for access to her feed as part of her "research" for a new film, according to her recent interview with the Los Angeles Times.

"It's a feature we are researching as I'm living it currently," Thorne said, before adding that she would be dividing the profits between charity donations and her production company. "What are the ins and outs? What does a platform like this do to its users? What's the connective material between your life and your life inside the world of OnlyFans?"

That said, the real problem started once the former Disney Channel star allegedly began offering a $200 pay-per-view "nude," which was subsequently dubbed a "scam" after Thorne tweeted she wasn't actually doing nudity.

Granted, other OnlyFans creators are now saying that Thorne's actions have led to a new cap on the site, which affects the amount they can charge for pay-per-view content and tips.

Not only that, but the site has also since extended the waiting period required for creators to cash out, from 7 to 30 days — something that allegedly stems from subscribers requesting refunds en-masse for Thorne's non-nude "nudes."

Here are the current places that have the 30 payout: pic.twitter.com/IIUzQ7ejeD

In the wake of all this, actual sex workers — many of whom rely on the site for their livelihoods, especially amidst the pandemic — have taken to Twitter to express their anger over Thorne "ruining" everything through her "exploitation" and co-option of spaces "for the marginalized in the name of empowerment."

It took 48 hours for Bella Thorne to ruin things for us OF creators/SWs because she felt like playing a pretend SWer. She scammed her subs and will never face the consequences of doing so (while the rest of us deal with it) among the general stigma of being in this field. pic.twitter.com/68MxUyQwKH

I finally got caught up on Bella Thorne/ Only Fans, and a white Disney star and still *working* actress fucking up a platform that allowed sex workers to earn safely and with autonomy is basically THE snapshot of WW coopting spaces for the marginalized in the name of empowerment

"Bella Thorne really ruined a good thing for people who actually use onlyfans to make a living and pay bills," as one Twitter user wrote. Meanwhile, another commenter accused her of "basically [destroying]" the site with "her lying."

"Sex work is real work and Bella Thorne just made a joke out of it and proved she has no idea what it means to be a sex worker," they continued. "She disrespected every sex worker out there and nobody will forget about this."

Bella Thorne really ruined a good thing for people who actually use onlyfans to make a living and pay bills.

The OnlyFans platform has basically been destroyed because of her lying. Sex work is real work and Bella Thorne just made a joke out of it and proved she has no idea what it means to be a sex worker. She disrespected every sex worker out there and nobody will forget about this.

That said, in a statement issued to The Wrap, OnlyFans said that their transaction limits were put in place "to help prevent overspending and to allow our users to continue to use the site safely," though "any changes to transaction limits are not based on any one user."

Thorne has yet to respond to the backlash.