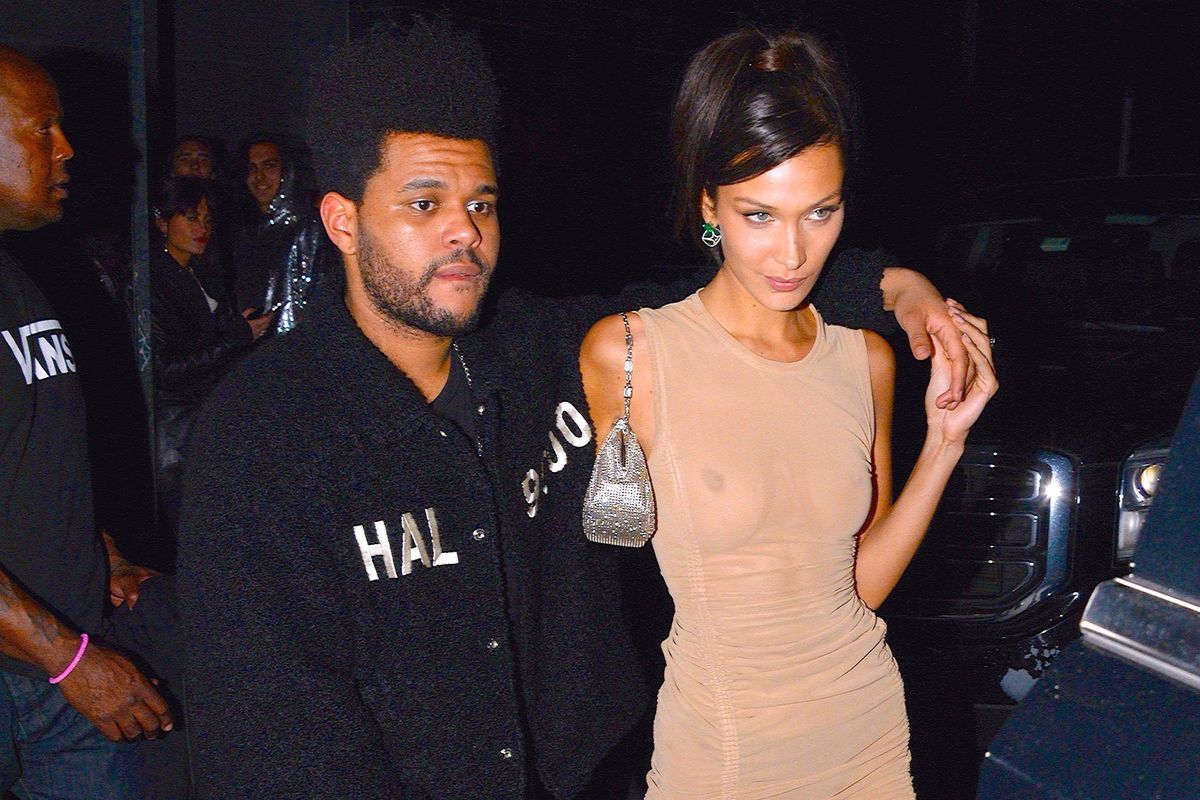 There's Hope for The Weeknd and Bella Hadid

I teared up behind my tiny 90s sunglasses on Monday when reports came through that Bella Hadid and The Weeknd had called it quits. They've been romantically linked since 2015, one of the coolest and best-dressed couples around, but the old "busy schedules" curse supposedly came for them in the end. Or did it? Entertainment Tonight is now claiming that this is more of a break than a break up, and that there's hope for reconciliation.

The couple "haven't broken up, but are working through things like normal couples do," says an ET source. "The couple travels a lot, works a lot and that often creates tension. However, the two love one another, have lost one another in the past and want to try and make it work. Right now they are together and working on keeping it that way."

This contradicts an E! News story from Monday that seemingly confirmed Bella and The Weeknd, real name Abel Tesfaye, were over for good. According to that report they "have been arguing a lot recently" and "haven't spent quality time together in months."

Note that neither Bella nor The Weeknd have confirmed any sort of break up. No Notes App, no nothing. The Weeknd did post about being in "album mode," though. Perhaps we're about to get some sad songs about a certain supermodel. It's about time, honestly — his last record came out in 2016.

What does Selena Gomez think of it all? That's the real question.