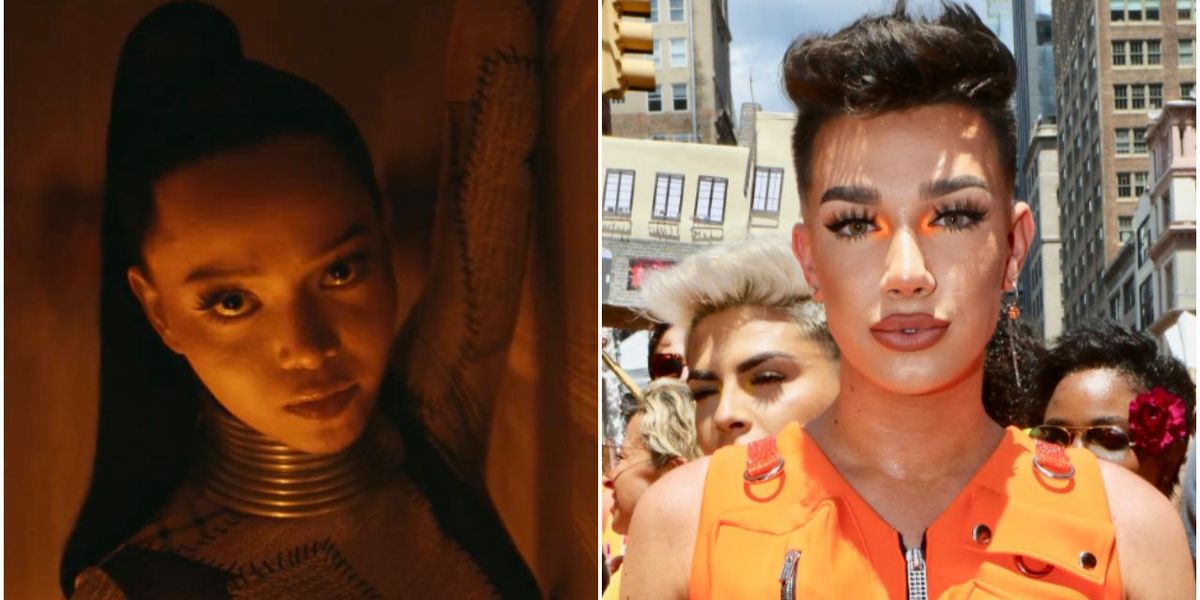 Bella Poarch May Have Cut James Charles From Her Music Video

Some new behind-the-scenes footage appears to indicate that Bella Poarch removed James Charles from the video for her debut single.

Last week, the TikTok superstar sent fans into a frenzy with the release of her action-packed "Build a Bitch" music video, which is filled with famous faces such as Larray, Bretman Rock and Mia Khalifa. However, a new clip shared by fellow TikToker Zilber Steve also now seems to show that Charles was hanging out on-set.

And while internet commentators @DefNoodles initially reported that his cameo didn't make the cut, it didn't take long for eagle-eyed fans to point out that it sure looks like Charles makes a brief (if blurry) appearance in the final cut, where he seems to be walking away a burning building with Larray.

It's well-known that Poarch and Charles have previously made videos together, but the apparent axe follows accusations that the beauty YouTuber had sexted and sent inappropriate messages to multiple underaged fans.

In response to the backlash, Charles posted a video in April called "Holding Myself Accountable." According to him, after some research and self-reflection, he realized he'd "fucked up" as "the screenshots and the specific details of the interaction really don't matter" seeing as how it's more about the "power imbalance" that can happen "even when it's not intentional." Even so, Charles also went on to dispute the claim that he knew they were minors by insisting that they lied about their ages.

"What I wasn't getting before is that the excitement that comes with talking to a celebrity is literally enough to make somebody do or say something that they normally wouldn't," he said before adding, "Even if that celebrity isn't intentionally weaponizing their fame, money, or power. And that's the concept that I just wasn't getting, but I now do."

Check out the videos and images about Charles' cameo in the "Build a Bitch" video, below.

is that not him at the front? with larray? pic.twitter.com/BQB3Mc1sa0