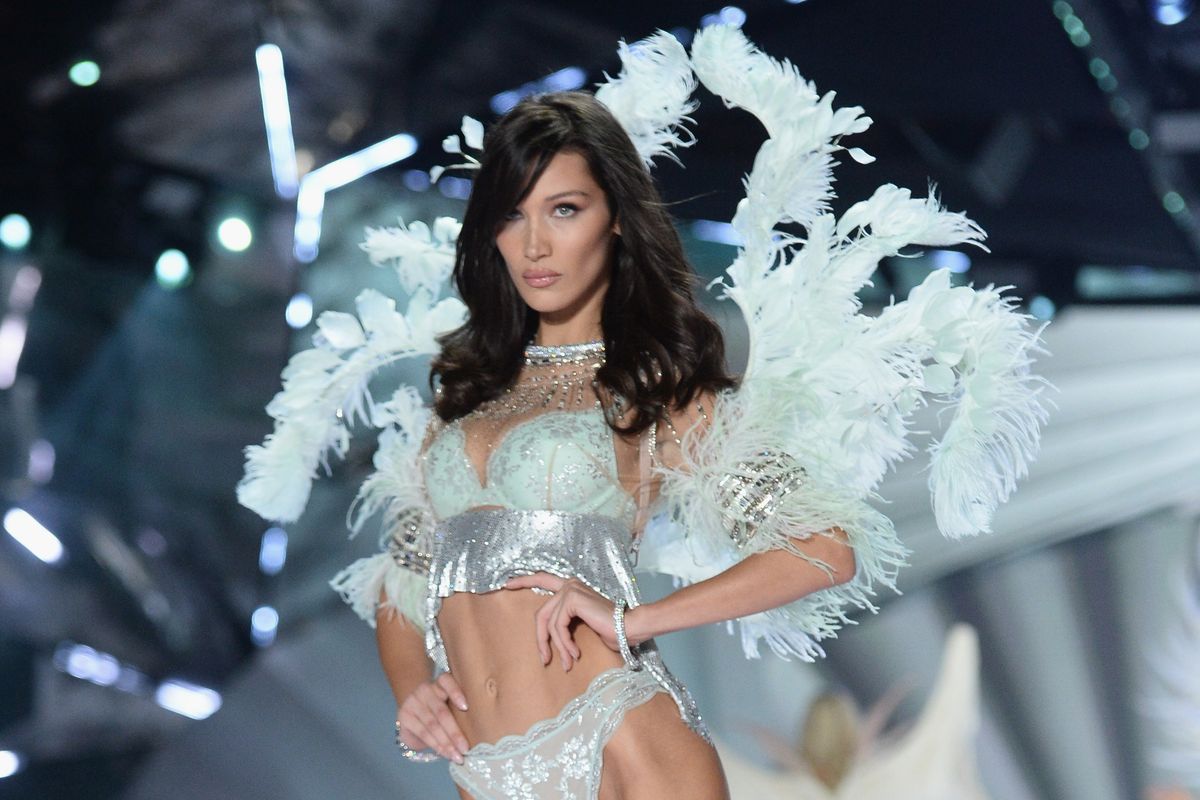 Bella Hadid may be a Victoria's Secret Fashion Show veteran, but it turns out she "never felt powerful" modeling lingerie in their show.

Despite outwards appearances, WWD reports that Hadid admitted to feeling somewhat uncomfortable during those particular shows — a realization she only had after modeling for Rihanna's Savage x Fenty shows.

While speaking with director Loïc Prigent at the Vogue Fashion Festival in Paris earlier today, Hadid couldn't help but sing Rihanna's praises — calling the multi-hypenate "amazing" and her experience with Savage x Fenty "the first time on a runway that I felt really sexy."

"When I first did Fenty, I was doing other lingerie shows and I never felt powerful on a runway, like, in my underwear," Hadid continued, in what many interpreted to be a jab at Victoria's Secret.

Explaining that Rihanna told her to "walk [in] any way she wanted" that made her feel confident," Hadid went on to talk about enjoying the way she can be "another character" while modeling.

"I think at this point I don't necessarily love being myself sometimes. Sometimes on the runway you get either nervous or you forget how your legs move," she said, before touching on her earlier struggles with feeling depressed.

"I feel guilty for being able to live this incredible life, have the opportunities that I do, but somehow still be depressed. It doesn't made sense," Hadid continued, adding that she "would cry every single morning" when she started gaining traction as a model. "I think I just wanted to breathe a little bit."