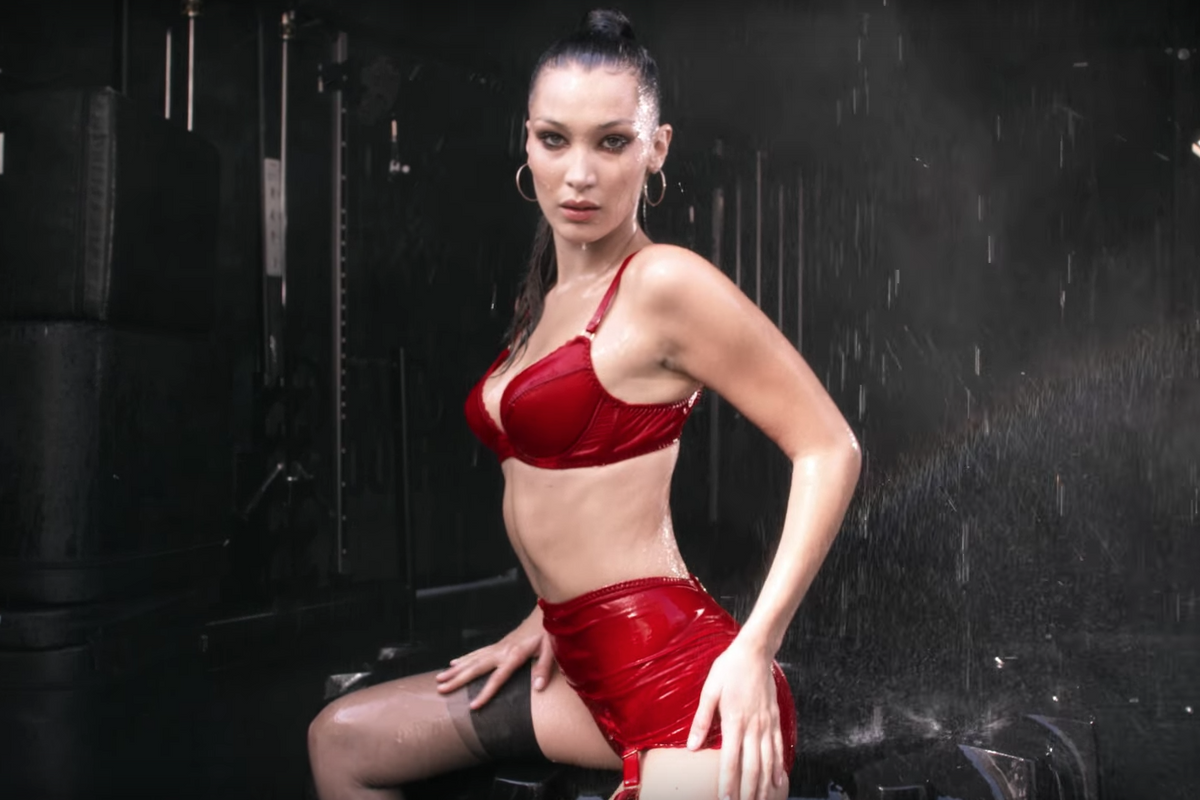 Bella Hadid Gets Sexy with a Sledgehammer for LOVE's Advent Calendar

Just when you thought you couldn't be any more excited about Christmas and 2017's imminent demise, Bella Hadid comes through for LOVE's Advent calendar.

The magazine has become famous for celebrating the lead-up to Christmas with year after year of (mostly) the same sexy models in Agent Provocateur lingerie doing sexy things. So far we've been treated to Stella Maxwell cycling, Gigi Hadid and her pseudo armpit hair boxing, Emily Ratajkowski writhing in spaghetti and now, Bella Hadid beating up a tire with a sledgehammer.

The supermodel and fashion industry darling has long-expressed her desire to shift her focus to video because, as she told PAPER in her 2016 cover story, "People say that I don't smile, or that I don't have a personality" and discussed a potential move into the film industry.

"I think it would be really fun, because it's exciting to be in front of the camera on film instead of just pictures," she said.

Watch her get wet and give that tire hell, below.