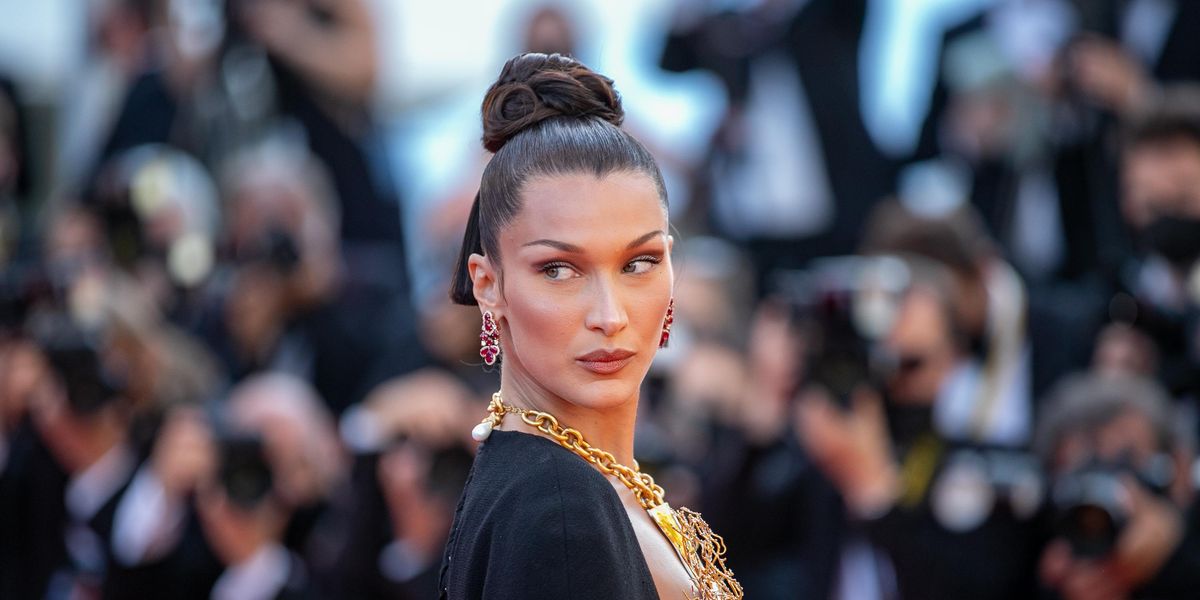 Supermodel Bella Hadid has graced many magazine covers, starred in numerous ad campaigns and walked a lot of high fashion runways, always looking calm, cool and collected. But the iconic 24-year-old admits that internally she's had to deal with a lot of pressure.

In a cover story interview for Vogue — which she shares with other generation-defining supermodels Kaia Gerber, Lourdes Leon, Sherry Shi, Anok Yai, Precious Lee, Yumi Nu and Ariel Nicholson — Hadid opened up about the pressures she faced in the earlier days of her career. She felt the need to project a certain image.

"It's like there were two Bellas. Me, this person in the process of figuring out who she was, and 'Bella Hadid' the alter ego, who was — I dunno — a sexbot who goes out every night?" She explained, "I felt enormous pressure to project that image because I assumed that's all people wanted from me."

And though she has social anxiety and going to parties isn’t exactly her thing, she felt like she was expected to appear like that was the kind of lifestyle she lived.

But now, she's living life more authentically. As seen in even her Instagram account, she's not afraid of showing more personal and candid moments with her followers, and allowing her true personality to shine.

Hadid is also vocal about the social and political causes she supports, including the Free Palestine movement. "I don't want to live in that box," she said. "I definitely feel like I'm allowed to speak."