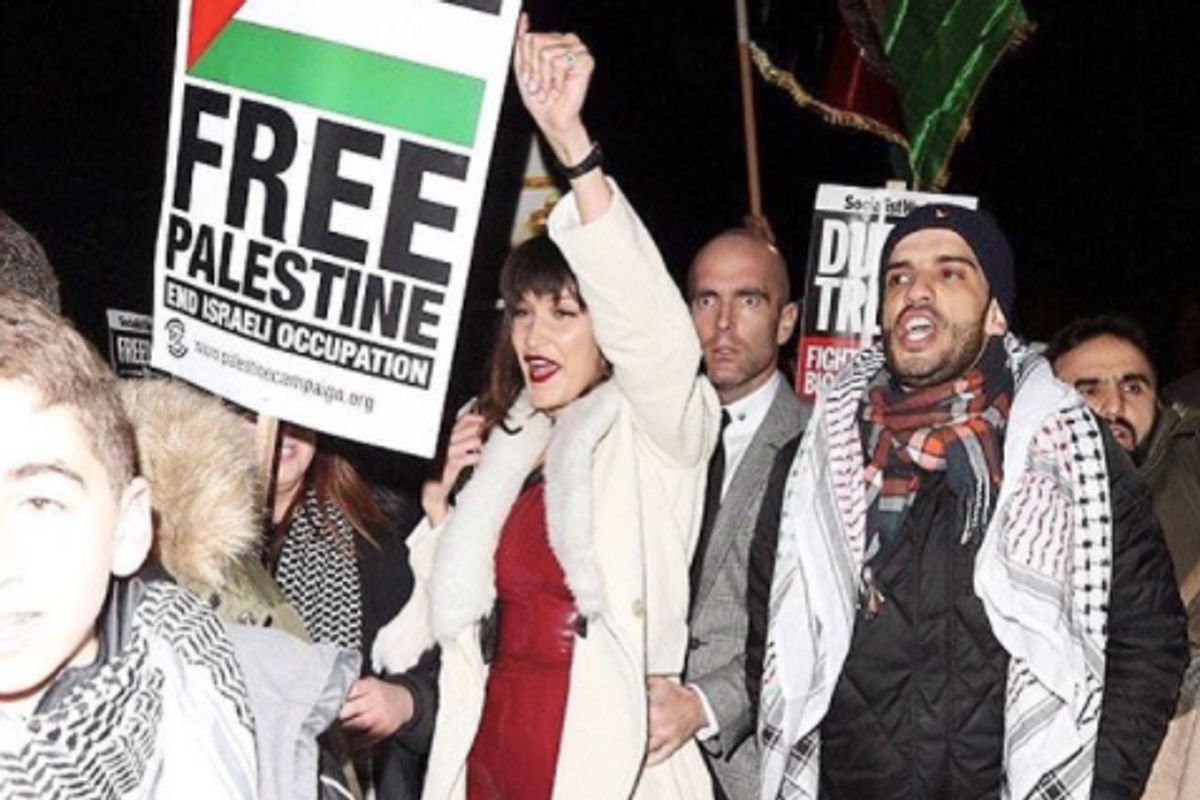 Trump's recent decision to break from decades of diplomatic standards and declare his recognition of Jerusalem — rather than Tel Aviv — the capital of Israel has rocked the world. Currently, both Israelis and Palestinians claim the city as their political capital and a sacred religious site, though Israel controls the city. The issue of Jerusalem was typically thought to be one that would be resolved as part of a future peace deal — presumably one brokered by the U.S. — but Trump's decision has called that likelihood into question.

Palestinians have been protesting for the past three days, and arrests have been made as citizens clash with the Israeli forces in the West Bank and along the Gaza border. One person who has lent their support to the Palestinian cause is supermodel Bella Hadid.

Bella and her sister Gigi are half-Palestinian, with their father Mohamed claiming Palestinian heritage. Bella previously protested Trump's immigration stance and has taken to social media before to express her disapproval of his administration's policies.

In this case, Bella first wrote a long post on Instagram about her support for the Palestinian people, writing, "Seeing the sadness of my father, cousins, and Palestinian family that are feeling for our Palestinian ancestors makes this even harder to write. Jerusalem is home of all religions. For this to happen, I feel, makes us take 5 steps back making it harder to live in a world of peace."

She then attended a public protest in London on Friday after celebrating the opening of Tag Heuer's new flagship store, still clad in her floor-length gown from the event. (She was accompanied by her bodyguard).