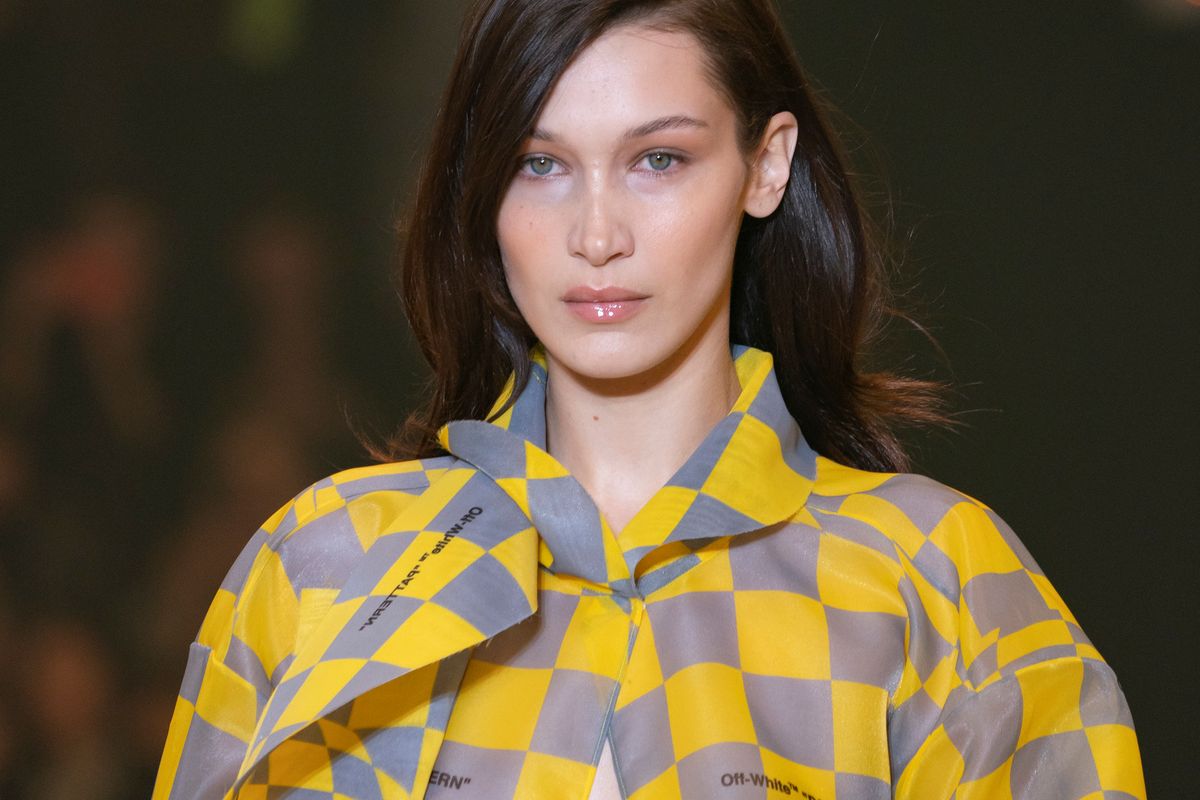 Even though supermodel, Bella Hadid, is always sickening, you wouldn't have guessed she's also been really sick walking the shows at Paris Fashion Week.

After uploading a picture to her Instagram story holding her forehead with several nauseated emojis captioned, "101 fever is not cute when walking a runway," the model turned up on the catwalk hours later serving it up as if in full health. Holding it down alongside a cast of runway legends like Mariacarla Boscono, who opened Off-White's show, Karlie Kloss and her sister, Gigi Hadid, Bella proved they don't call them super for nothing.

Appropriately enough, the inspiration behind Virgil Abloh's fall 2019 collection was the derby race-car culture he grew up with. Modeling both the clothes and the sentiment of racing towards a goal, Bella's persistence was exactly the mood and metaphor Abloh was after for the collection. The 22-year-old model closed the show in a billowing checkerboard two-piece set on a matching carpeted runway, and showed out despite her seasonal sickness.

As for her recovery, Bella uploaded today a picture of her many medications humorously captioned, "I will survive." Talk about earning your stripes.