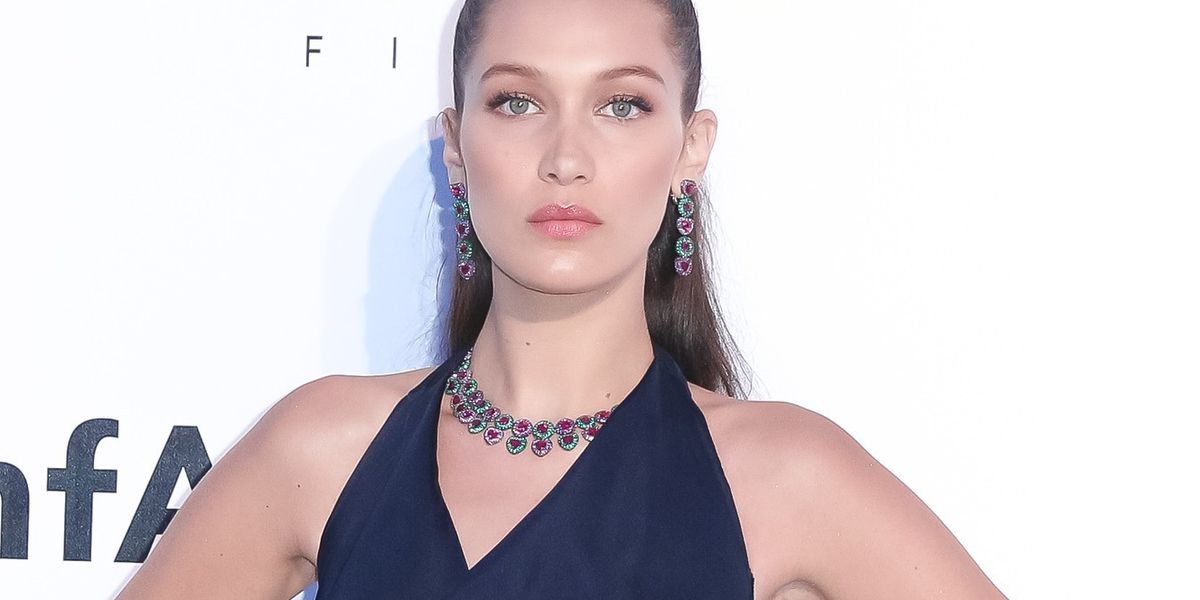 Sort of. She's the new face and ambassador for the brand.

When you hear "Bella Hadid," you might be inclined to just think "Oh, Gigi's kid sister." But she's making moves to be a star in her own right, rocking the runway for Chanel, dating the Weeknd's Abel Tesfaye, and slaying the Cannes red carpet earlier this May in a custom red Alexandre Vauthier gown that managed to steal the spotlight from bonafide movie stars.

Now the younger Hadid will not just be rocking carpets and runways, but also your computer screens. Today, it was announced that she will be the new face and ambassador for Dior Makeup. As a part of that campaign, starting June 6th, Hadid will star in a web series talking about her favorite beauty products with Peter Philips, creative and image director for the line. Here's hoping she'll tell us the perfect look to set off her signature super high-and-tight ponytail.