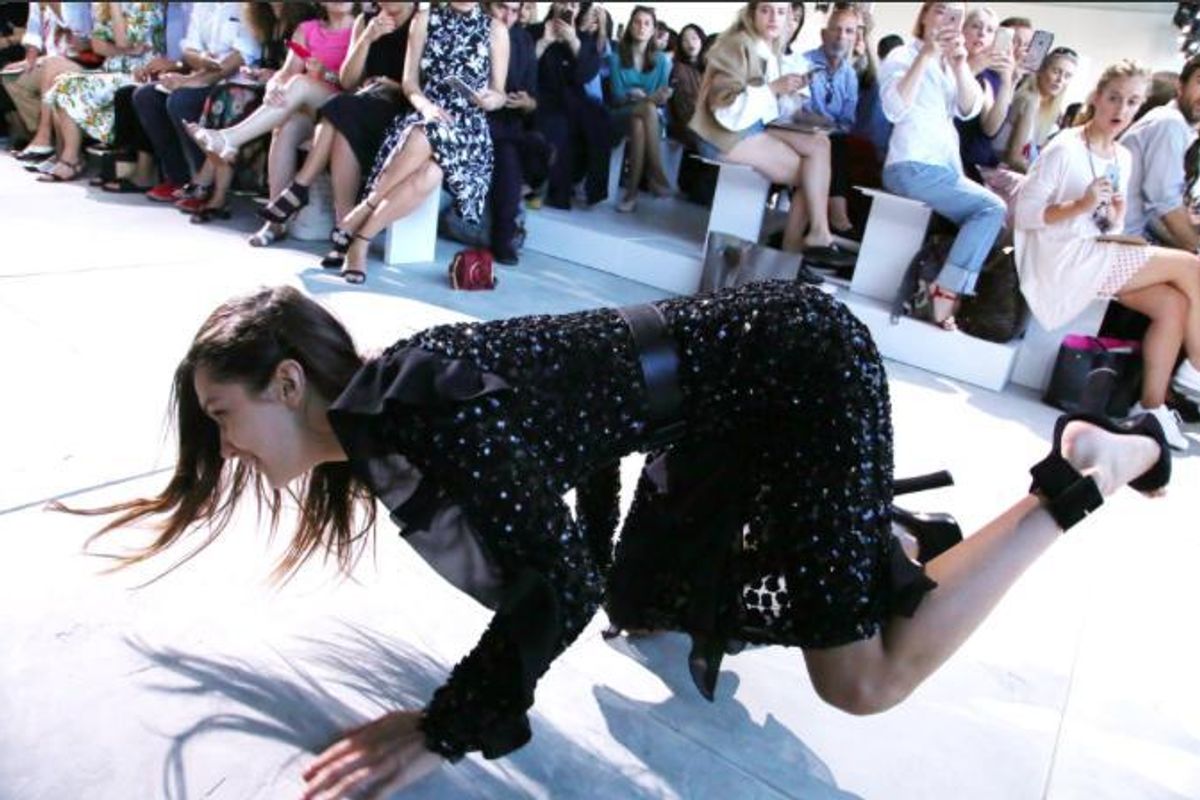 Bella Hadid Wiped Out On the Michael Kors Runway

She tumbled down from the heights of her six inch heels as gracefully as anyone reasonably could, laughing off the incident like a pro. She carried on with the rest of the show, which also featured Kendall Jenner, but the lowkey horror captured on the faces of front-row attendees was pretty priceless.


Michael Kors today❤️ Thank you so much for having me in the show @michaelkors @johndavidpfeiffer ❤️💋💐 (seconds before 😅🙈)
A video posted by Bella Hadid (@bellahadid) on Sep 14, 2016 at 11:23am PDT